Bridging the Gap to Adoption 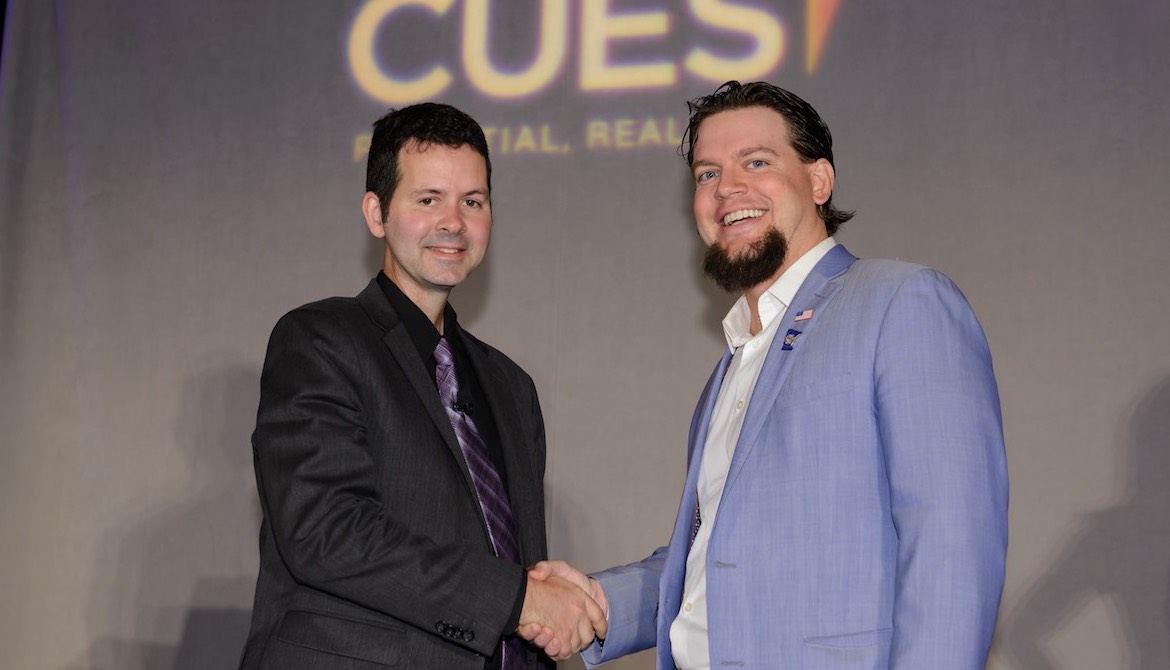 For Geoff Bullock, helping prospective parents realize their dream of adopting a child is a personal and heartfelt mission. He and his wife, Nicole, have experienced firsthand the enormous expense associated with adoption.

“When we were adopting our second daughter, we were told it would cost $35,000. I remember the feeling in the pit of my stomach and the fear of ‘How are we going to afford this?’” says Bullock, a CUES member and financial education specialist at $1.1 billion Firefly Credit Union in Burnsville, Minn.

“We ended up selling our home and devising an elaborate plan to make it work,” he explains. “Now we are the parents of two amazing little girls, and it’s been the richest experience of our lives.”

Bullock used this journey as the inspiration for a unique adoption loan product, Bridging the Gap. His passion shone during his presentation at CEO/Executive Team Network™  in Las Vegas, culminating in being chosen the 2017 CUES Next Top Credit Union Exec from a field of five Finalists. The award recognizes an individual under the age of 35 for exceptional leadership potential.

In his live presentation, Bullock reported that there are 100,000 orphaned children in the United States. Sadly, 20 percent of them will never be placed in a permanent home. Meanwhile, four out of five people who are interested in adopting don’t proceed because of the upfront costs involved.

“I felt an adoption loan would be a great way to help these families and also connect our credit union with the community,” says Bullock, who joined Firefly CU in December 2016. “The NTCUE competition gave me an effective platform to share the idea and develop it within our credit union.”

“From the beginning, Bill Raker was incredibly supportive of the idea,” says Bullock. “He provided me with great advice, asked all the right questions and championed all the right things.”

Raker’s support came from his belief that this loan perfectly embodies the CU philosophy of people helping people. Moreover, he thinks other CUs can replicate the idea.

“My message was, ‘Geoff, this is a fantastic idea. I’m behind it 100 percent,’” says Raker. “There’s a universal need and appeal for this product. Any credit union could offer it, regardless of size or location.”

The Bridging the Gap loan is an unsecured line of credit to be used on an as-needed basis over the adoption process. At rates as low as 5.99 percent, the loan covers up to 90 percent of adoption costs ranging from $5,000 to $40,000 with a maximum repayment period of seven years. Firefly CU will be working with Minnesota adoption agencies on this program.

“When the loan is completed, we’ll provide the borrower a gift in the form of a $500 savings account in the name of the child. This is our way of welcoming the child into the credit union movement,” Bullock says.

Plans were to launch the Bridging the Gap product in November to coincide with National Adoption Awareness Month.

Bullock has been gratified by the overwhelming response this has generated. There have been numerous comments on his CUES Next Top Credit Union Exec web page, and many people are sharing project details with their adoption networks. “I could never in a million years have imagined this dramatic outpouring of people saying, ‘We need this. This will change our lives,’” Bullock says.

Bullock lives with the inspiration for his adoption loan project every day. He and Nicole are the proud parents of Alaya, 7, and Annika, 4. “Our lives revolve around our two little girls and their schedules and their energy,” Bullock says. “We’re also very involved in our church, Blue Oaks Church in Brooklyn Park, Minn.”

As the 2017 competition winner, Bullock will receive a $20,000 educational package, including an all-expenses-paid attendance at two CEO Institutes—one in 2018 and the other in 2019. He already has a bachelor’s degree from North Park University in Chicago and an MBA from Concordia University in St. Paul.

“She was fantastic,” he says. “I was able to incorporate her coaching into my project presentation. I’m grateful to Deedee and all the time she spent with me.”

Bullock sees his victory as an incredible door-opening experience for his career. “I think my next step will be to move into a higher-level role, such as vice president. I would definitely love to be a CEO someday, and I can’t think of a better person to learn from than Bill Raker. He’s been an incredible mentor to me. He was at the conference when I won and was advocating for me all the way.”

Another important person was in the audience to witness Bullock’s triumph—his wife. Her presence at CEO/Executive Team Network wasn’t always a certainty, due to complications after surgery this past summer.

“I did a lot of the work required for the competition ... from her hospital room,” Bullock reports. “It was a goal of ours that, if I was chosen as a Finalist, she would travel with me to Las Vegas. To have her in the room when I was announced as the winner was really remarkable.”

Reflecting on his Next Top Credit Union Exec experience, Bullock is grateful to have met so many people focused on furthering the careers of young people in the CU movement.

“I can’t say enough about the work that CUES does in this competition, as well as ... sponsors Currency Marketing (a CUES Supplier member, Chilliwack, British Columbia) and DDJ Myers,” he says. “Everybody has been incredibly supportive. Through this process, I have truly grown as a professional and as a leader.”