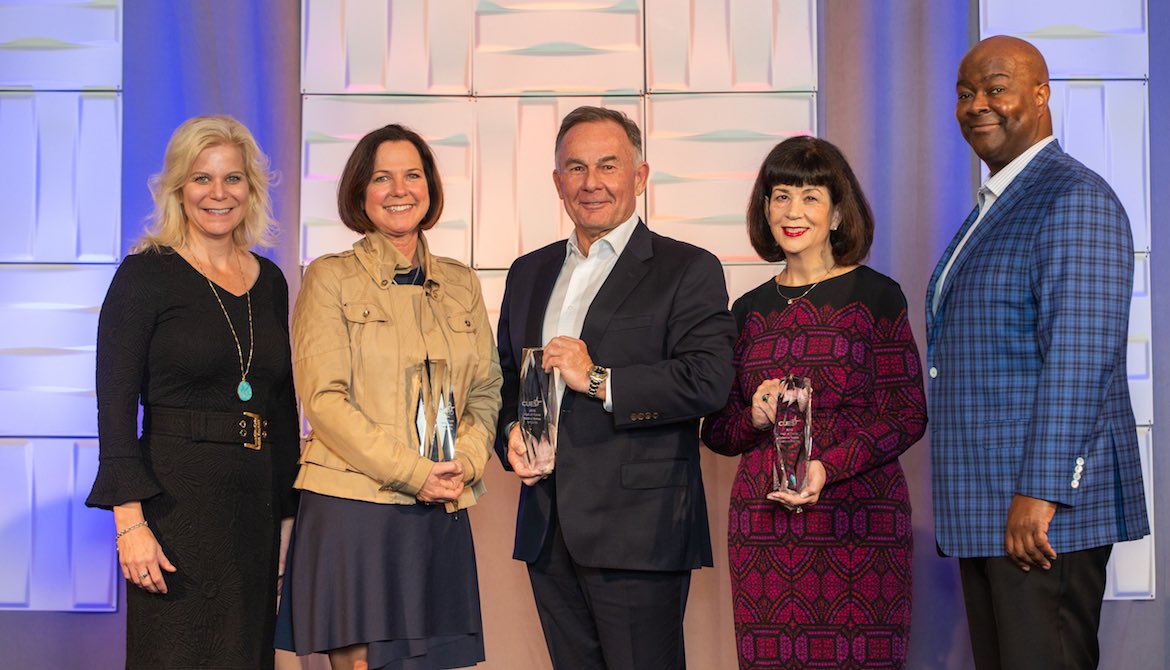 At CEO/Executive Team Network in Nashville, CUES awarded the 2018 Outstanding Chief Executive and inducted three CU execs into the CUES Hall of Fame.

Last night at CEO/Executive Team Network in Nashville, Tennessee, four credit union executives were honored in front a group of their peers.

Accepting the award, Newberry said, “I love CUES’ vision to educate and develop credit union executives, CEOs, volunteers and directors but what I really love about their mission is what they say about human potential. They say human potential is limitless and so, too, is the value of CUES.” 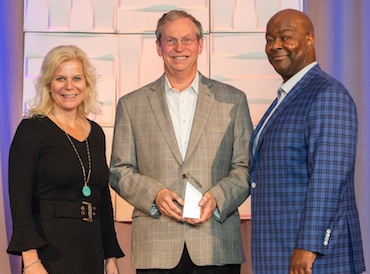 Newberry also thanked his hard-working board of directors and the employees of Redstone FCU. “This award is a lot bigger than myself. … None of this would have been possible without them.”

In addition, three credit union executives were inducted into the CUES Hall of Fame:

Marty Komsa, executive advisor/strategic planning and retired president/CEO of Windsor Family Credit Union, Windsor, Ontario, began his credit union career in 1977. “I truly did not realize what an educational and lifelong journey I was in for,” he said. “It has been my privilege and my honor to have worked in the credit union system.”

Eileen Rivera, who is retiring this month as president/CEO of SkyOne Federal Credit Union, Hawthorne, California, reflected on her career growth as a CUES member. “CUES has been a supporter and a promoter of my career since I started,” from the very first business conference she attended, a CUES marketing event. “I was able to [learn at] Stanford, MIT and Harvard thanks to CUES. I love their institutes.”

Cathie Tierney, CCUE, president/CEO and treasurer of Community First Credit Union, Appleton, Wisconsin, spoke about the importance of credit unions. “At the heart of everything, I believe in the role of the cooperative. Credit unions matter. You matter,” she said. “Every moment that we interact with member owners matters. Look at the things we get to do every single day and how we can impact peoples’ lives. We get to be there during difficult times. We get to be there when they celebrate that first car, a new baby, their first home. We witness their struggle sand we witness their pain. Our member owners are at the heart of everything we do. It means they, and we, have so much more to do together. And that’s why I come to work every day.”

The CUES Hall of Fame recognizes a lifetime of achievement and dedication to the credit union movement. These extraordinary leaders were chosen by CUES’ board of directors for their contributions to their profession and the industry, involvement in community service, and education and history of self-improvement.