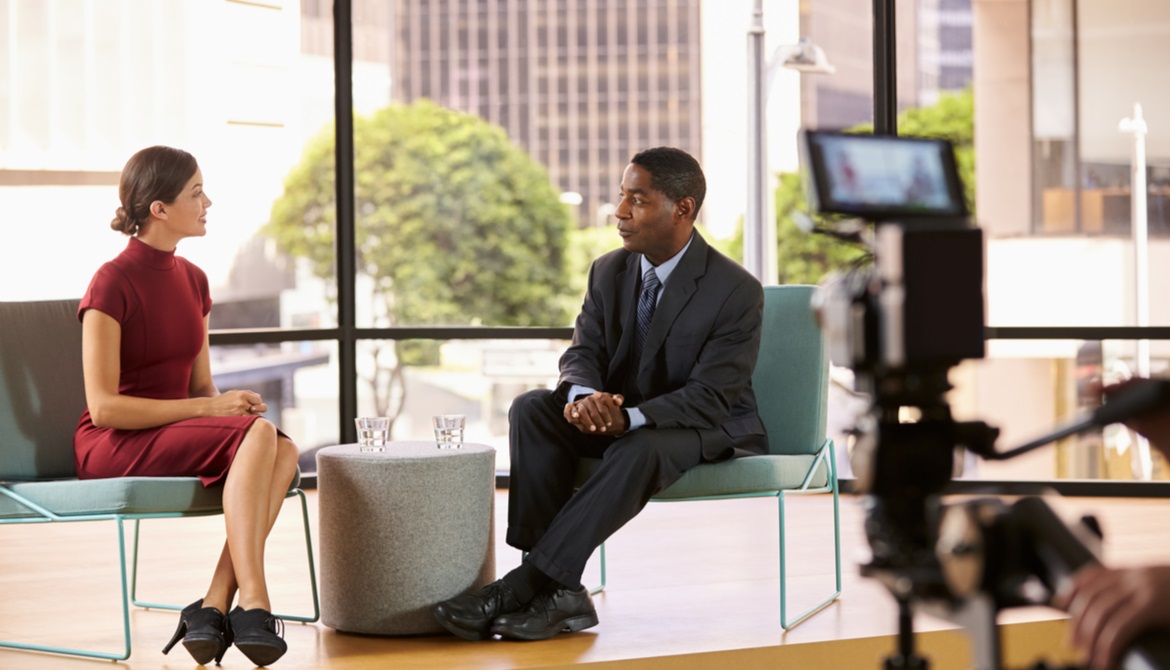 How to prepare for your credit union’s next big interview

When the leadership of a credit union does interviews with the media, they have the potential to make a great impact. Media interviews enable CU spokespeople to educate members and potential members, spread awareness of what the organization is doing and position the credit union as a leader within the community. But these objectives can only be accomplished if CU spokespeople have gone through media training—to help them focus on what they need to communicate to a reporter and do so clearly. Preparation before an interview can mean the difference between being left out of an article and having the article or segment focus on you and your organization.

The first thing to do once the interview has been scheduled is to review past articles or video clips produced by the reporter conducting the interview. Usually reporters have certain topics or perspectives that reoccur in their articles, so identifying these can help when trying to predict what kinds of questions may be asked.

Next, spokespeople have to make sure they are aware of what the interview will be about and try to come up with a list of likely talking points. This step is crucial, because it enables spokespeople to gather their thoughts beforehand and be ready to confidently complete the interview. Usually a credit union will have approved messaging or key talking points that help define its role in the community and describe what makes the CU different. Spokespeople need to practice smoothly working these messages into their interview answers.

It is important to be aware of any existing sensitive issues that may come up, even if they are not related to the interview’s official topic. It is not uncommon for a reporter to ask about a past controversy even while interviewing someone about other issues. Being prepared and practicing to answer these types of questions is essential to achieving a successful interview.

If the interview is being done by phone, and many are, a spokesperson can even prepare notes. These notes can include key messages and important data that may be difficult to recall. Reporters love data and may be very open to using relevant numbers or statistics in a future article if the credit union has this information. Your spokesperson just has to make sure not to sound as if he or she is reading off a list.

Applying What You Learned

Once the interview begins, spokespeople should be polite and friendly. If the vibe of the interview is pleasant, the reporter will likely consider the interview to be more valuable and may want to do another interview in the future.

Spokespeople should keep their guard up and stick to the approved message points. They should not give personal opinions as answers to questions meant for the credit union, because they are representing the credit union and not themselves.

Spokespeople may be asked a question “off the record” but should remember that there is no such thing. Any answer spokespeople give can be attributed to them. Sometimes an answer given to an off-the-record question accidently gets treated as a regular part of an interview because the reporter forgot it was off-the-record.

If possible, avoid badmouthing competing financial institutions. In fact, it is best not to talk about them at all. If a competitor comes up during the interview, the reporter may feel obligated to follow up with that organization and force the credit union to share the spotlight.

Most importantly, spokespeople should not try to answer a question if they do not know the answer. They could be asked for something like the number of loans the credit union does per year, but if they do not have that in their notes and cannot recall this statistic, don’t make a guess. If the issue is important, spokespeople can be honest and say they don’t know the answer but can offer to do some research on the matter and follow up afterwards with the reporter.cues icon

Chuck Meyers is a vice president at William Mills Agency, the nation's largest independent public relations firm focusing exclusively on the financial services and technology industries. The agency can be followed on Twitter, Facebook, LinkedIn or its blog.