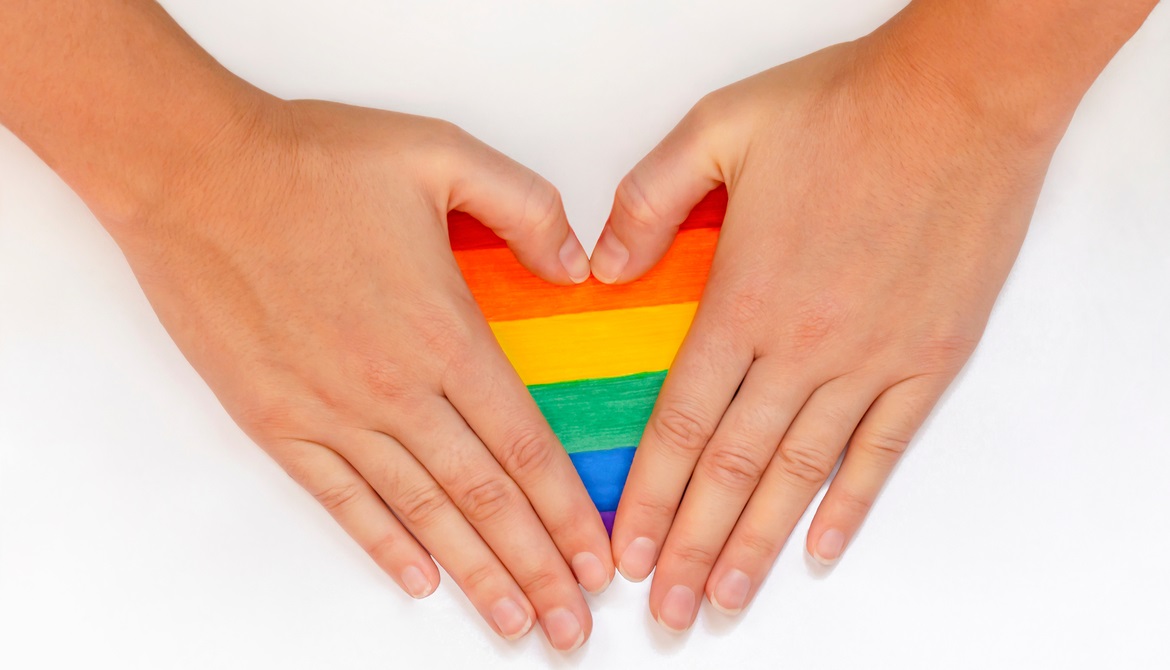 Olympia CU formalizes its commitment to serving everyone equally with specific action steps to better welcome members of the LGBTQ community.

As a small credit union, we were constantly advised by examiners and strategic planners from 2005-2014 to find our niche in our community. We are surrounded by large credit unions and banks headquartered here in Olympia, Washington, so the opinion was that we needed to find our market niche to survive as a viable credit union. We were told our superior member service and strong belief in the credit union mission of “people helping people” was not enough. Many small credit unions were moving toward low-income communities as their niche. We looked at that but wanted something more. We needed something more unique. Little did we know, we were already unique. The journey we were about to undergo revealed who we have always been, helped us embrace it and be better at it going forward.

In Olympia, we live in a community bubble that welcomes diversity—projecting an almost utopian feel of nondiscriminatory acceptance. In December 2014, the now-defunct organization Equality Washington reached out to us, talking about its founders’ vision of starting a credit union that would focus on serving members of the LGBTQ community and sharing stories of discrimination. Our utopian bubble popped.

This discrimination was not just on a national level, but even here locally, where we see ourselves as more accepting of diversity. Those in the LGBTQ community often face many forms of marginalization. Many have to deal with harassment, losing friend(s) to suicide, being disowned by their family and/or becoming homeless when coming out, or being made to feel they were never good enough no matter how hard they worked to be the best.

As a result, many of these people may be hypersensitive to criticism and may not trust easily. They tend to be overachievers or workaholics; they may even, at times, seem too critical or too demanding. As a result of discriminatory treatment in their lives, they may come to expect it even from their financial institutions. But do you blame them? After the stories I’ve heard, I can’t blame them one bit.

We had never heard the term LGBTQ until 2014, and we haven’t stopped hearing it since. The founders of Equality Washington still actively seek to establish a credit union focused on the LGBTQ community and we wish them complete success.

Our conversations with Equality Washington made us reflect on credit unions’ core mission of “people helping people.” We realized that to us that means people helping people with no exclusions. No exceptions. No fine print. We realized we wanted members of the LGBTQ community in Thurston County to know they were safe in our credit union. Not judged. Not disregarded. We realized we believed that all people deserve financial services, period. Finally, we had found what the regulators and consultants had been telling us to look for. We had found something to sink our teeth into and make a difference by doing so. We had found our niche.

We knew we could embrace the foundation credit unions were built on in this way and gain the trust of LGBTQ people in our community. We would provide respect first and services second to anyone, regardless of financial status, race, religion, gender, sexual orientation or sexual identity. It really was, and still is, all about equality. Nothing rewards and motivates our credit union more than knowing we made a positive difference in someone’s life. We had and still have full staff and board support on this mission. I’m so lucky to work with this amazing team who continue to see the importance of providing safe financial services to all people, without exception.

Acting on the Vision

My senior team—VP/Lending & Operations Paula Vaughn and CFO Jana Ayres—played a big part in developing and implementing our vision of serving LGBTQ people. They were on board immediately, just as I was. I presented the idea to our board members, who also were excited about this opportunity. It wasn’t about growth, profit or market share gains; it was about “people helping people”! It was the “why” for our business model.

In 2015, I began interviewing members of the LGBTQ community. For example, I reached out to a former employee who is a transgender man to discuss what we could do to be better in serving transgender people as well as what we could have done better as his employer. This person was very open in discussing these topics and I will always be grateful for his patience with me and the other people we talked with early on and the insight that they gave us into the importance of such things as preferred pronouns and making our single occupancy bathrooms gender-neutral. As I kept researching, I found we had a large population of LGBTQ members at our credit union already. How wonderful to know we had a good foundation to build upon and we were on the road to learning how to serve our existing LGBTQ members even better!

As we became more aware and started to learn, we realized there was a lot we didn’t know. In an effort to be better, we had a reputable behavioral health counselor (who was already a member) come in and provide LGBTQ sensitivity training to all staff in 2015. Wow, just when you thought you knew a lot, you realize you didn’t know squat. Our trainer provided many materials explaining more about the LGBTQ people. I then presented the training to our board and supervisory committee members. Today we require our new hires to review these materials so they can better serve our diverse membership. Note to self: We are due for another formal training for all staff because like anything else in life, things evolve and change.

In December 2015 we changed our mission statement to: “Embracing the human difference by providing safe affordable financial services to all people and working together to make a positive difference in our community.” This new mission statement better represented our beliefs and what we were striving for. Our tag line—"Embracing the human difference”—was deployed and well-received in our community. 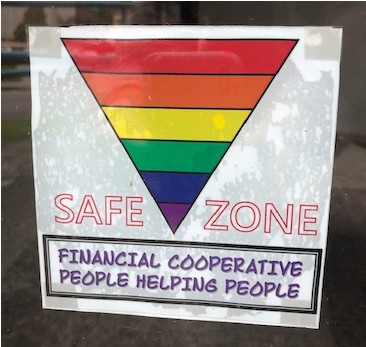 In 2015 we placed a rainbow sticker, symbolic of LGBTQ support, on our door to let LGBTQ members know we are a “safe zone” for them. Later, the Olympia Police Department contacted us asking if we’d like to display a sticker from its “Safe Olympia” program denoting our location as a safe place for members of the LGBTQ community. When we said yes, we became first area business to place the program’s sticker. And now we have two on our door!

We utilized our core system (Symitar) to better serve transgender people with such simple changes as placing the pronouns they identify with on their account records. We also got involved with such local groups as PCAF, Pizza Klatch, Capital City Pride, PFLAG. We changed our separate “Men” and “Women” member bathrooms to one “family” bathroom and utilized the other for employees. This avoids questions on which bathroom should be used. These were all good changes and a good start to serving our diverse membership better. 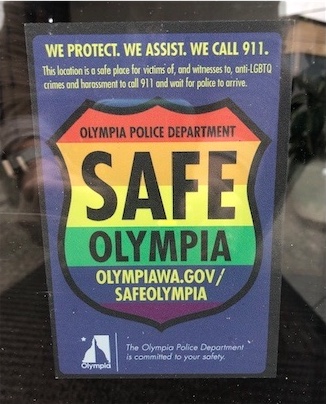 We know as a credit union we are not perfect in serving all the needs of all our members (yet) but, authentically, we care about all the people. We strive to learn more so we can continue to have a positive impact on the lives of a diverse community. All people deserve to conduct their lives and business without embarrassment or judgement. Nothing motivates our hearts more than to hear a transgender organization came in and said, “We want to open an account here because we hear this is the place to be.”  I’d say that, by itself, is a success and a grand step in the right direction.

In 2019, we continue our involvement with Pizza Klatch, the Capital City Pride event in June, as well as the Homeless Backpacks supporting homeless youth. We are only $39 million in assets, serving 4,000 members—a small fish in a big pond—but we have a huge heart. We keep our eye on why we are here in the first place: to be people helping people. This is the core of why credit unions exist. We are proud to support that mission and use it to make a positive impact on our local community.

If you think you are ready to serve the LGBTQ people, ask yourself this big important question: Why? LGBTQ people know when you are chasing profits, market share, or growth versus genuinely wanting to help them and be a trusted financial resource. You must begin to walk the talk and put actions to your promises. Like we did.