Succession Planning: The Lateral Way to the Top 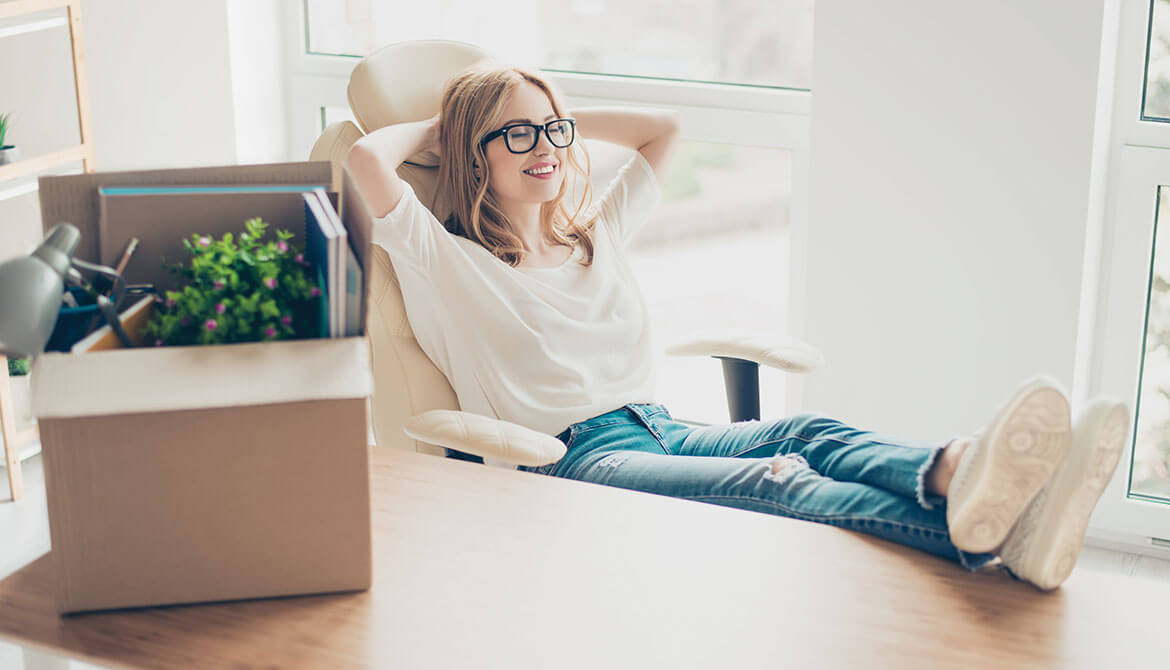 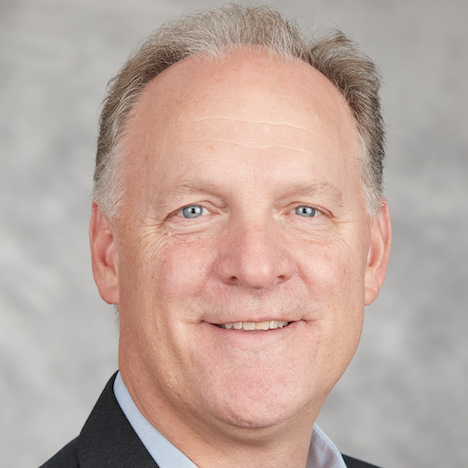 ‘Internal mobility’ is how to develop leaders who drive growth; the right benefits will help retain them.

If your credit union’s succession plan is only focused on how to replace the person at the top of your executive pyramid, you probably don’t have an effective, long-term leadership continuity strategy. Research shows that a pyramid probably isn’t the right structure for a succession program that engages, retains and develops your best talent.

Internal mobility increases your credit union’s pool of employees who have direct experience in multiple areas of operations. As this pool grows, your pipeline for executive talent gets stronger.

This may sound simple, but Deloitte’s “2019 Global Human Capital Trends” survey suggests otherwise: Only 6% of survey respondents said they’re excellent at moving employees from role to role, while 59% rated themselves fair or inadequate. Is your credit union in this 59%?

If so, use the six steps below to help you invest in a larger, more versatile pool of leadership talent. But first, let’s look at the main reason for your credit union to groom internal candidates: They’re more likely to help your credit union succeed.Deloitte compared the surveyed organizations that had grown 10% or more over the prior year to those whose revenues had shrunk. The high-growth organizations were more than three times as likely to have excellent talent mobility programs.

Andy Roquet
Senior Executive Benefits Specialist
CUNA Mutual Group
The question you should be answering is: Who among our current staff could become the best CEO this credit union has ever had, and how can we develop and reward that person before he or she takes a job somewhere else?

6 Steps to a Stronger Leadership Pipeline

Assign a board committee to regularly review your credit union’s succession program and an executive who will be held accountable for it. Consider assigning this to your head of HR rather than the CEO, to guard against excessive bias based on personal relationships.

2. Routinely recruit candidates from outside of the hiring department.

Break down your internal hiring silos. Publicize all job openings throughout your organization and provide employees an easy online application process. They shouldn’t have to jump through the same hoops as outside candidates.

3. Include an employee cross-training program in your management team’s core responsibilities.

Prepare employees to move from one department and/or branch to another by creating a structured cross-training program. Give the employee trainers the freedom—and responsibility—to devote time in their daily routines to cross-train. They may sacrifice some short-term efficiency for your credit union’s long-term success.

4. Use executive cross-training to change your leadership culture and create freedom from fiefdoms.

Cross-training at the executive level would be a significant culture change for many CUs. Traditionally, executives oversee more and more functions as they move up. But in a cross-training culture, execs would gradually trade some areas they oversee with colleagues. Teamwork becomes a higher priority than empire building.

To minimize disruptions, cross-training executives might keep 80% of their duties and swap the other 20% with another executive. While you slowly add to their knowledge and versatility, you may also see them bring fresh eyes and new ideas that improve results.

The strongest incentives for your managers and executives are typically for taking care of day-to-day operations. But if they’re going to be held accountable for cross-training and cross-hiring, these goals and results should also figure into their performance reviews, raises and bonuses. Again: This is a short-term expense on the path to long-term success.

6. As your top leadership candidates emerge, create meaningful motivation to protect them from would-be poachers.

Once your succession program has identified and groomed your best talent for moving into the C-suite, you need to invest in these people, so they don’t end up on your competitors’ executive teams instead.

Competitive salaries and bonuses are excellent incentives, of course, but they’re also easily matched by a competitor. Same thing for common employee benefits, such as disability and group life insurance. Other supplemental executive benefits, however, can create a stronger tie between your credit union and its most valued leaders.

Not Just for CEOs Anymore: Put Some ‘Teeth’ in Benefits

To compete with stock options and other benefits that competitors can offer, credit unions have been offering 457(f) plans and split-dollar life insurance arrangements to their chief executive officers for many years. Now, however, they’re no longer just for CEOs—credit unions are using them to keep their suite of top talent on board for the long run.

According to CUNA Mutual Group’s internal data, half of its executive benefits plans for credit unions were for non-CEOs. Of the 50% that weren’t for CEOs, about 40% went to COOs, CFOs or CIOs, and about 60% went to vice presidents and managers.

These supplemental benefits are effective for retention because participants who leave your credit union generally must forfeit the proceeds, unlike with a 401(k) plan.

Here’s a quick breakdown of how these two benefits options work.

A 457(f) plan is a non-qualified deferred compensation plan. Unlike a 401(k), a 457(f) is owned by the credit union, not the employee, and there are no contribution limits. A 457(f) can be funded by a variety of financial instruments the National Credit Union Administration otherwise doesn’t permit, such as securities, corporate-owned life insurance and annuities.

457(f) plans can provide lump-sum payouts at agreed-upon intervals as long as the employee stays with the credit union. The employee forfeits any 457(f) proceeds by leaving before the vesting dates (or for other reasons specified in an agreement).

Credit unions can fund 457(f) plans to retain multiple management-level employees of various ages and tenures—participants can be added to the program at any time.

According to NCUA 5300 Call Report data, assets for CASD programs increased 115% from third-quarter 2016 through third-quarter 2019. Clearly, they’re changing the terrain for executive compensation.

Here’s how these arrangements generally work: The credit union issues the executive a loan to cover a cash-value life insurance policy premium. The death benefit collateralizes the loan, and the credit union earns interest on the total loan amount.

So, the credit union receives the loan amount plus accrued interest when the executive dies, and the executive’s beneficiaries receive any remaining death benefit.

The objective is for the cash-value policy to generate enough earnings so that the executive can withdraw a portion of the cash value to supplement retirement income. These cash-value earnings grow tax-deferred within the policy, and the executive’s withdrawals also can be income tax-free.

CASD arrangements can be designed to generate a steady income stream for about 10 to 20 years.

CASD arrangements may not be incentive enough for younger managers who are still developing into C-suite prospects. But a CASD and a 457(f) can be a powerful combination to motivate and retain an executive who has entered that top tier—and who you want to keep on board until retirement.

Before Asking ‘Who’s Next?’ Ask ‘Who Can be the Best?’

Many succession plans come down to answering this question: When your CEO or another top executive leaves, who should take over?

But that’s not all your plan should do.

The question you should be answering is: Who among our current staff could become the best CEO this credit union has ever had, and how can we develop and reward that person before he or she takes a job somewhere else?

Okay, that’s really two questions, and they’re both much more difficult to answer. But that’s the point.

Creating internal mobility requires a commitment of time, effort, resources and oversight. But the result should be a more engaged, adaptable and loyal workforce. 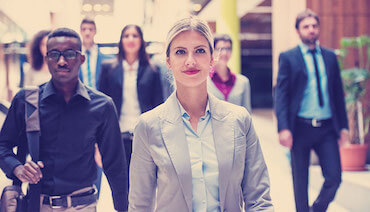 Why It Pays To Hire From Within

Sometimes it makes sense to look outside your credit union for skills, experience or talent you don’t have for a specific job opening—or even to validate internal candidates.

But most experienced credit union executives have probably seen firsthand how much more difficult and expensive it can be to hire a C-suite employee from outside the credit union.

The following research shows that the difference between organizations with and without effective succession plans can be dramatic.

Mobile talent promotes revenue growth. The fastest-growing organizations (10% revenue growth or more over the prior year) surveyed by Deloitte in 2019 were:

External hires fail too often. According to a survey of C-suite executives by global consulting and technology firm CEB (now a Gartner subsidiary):