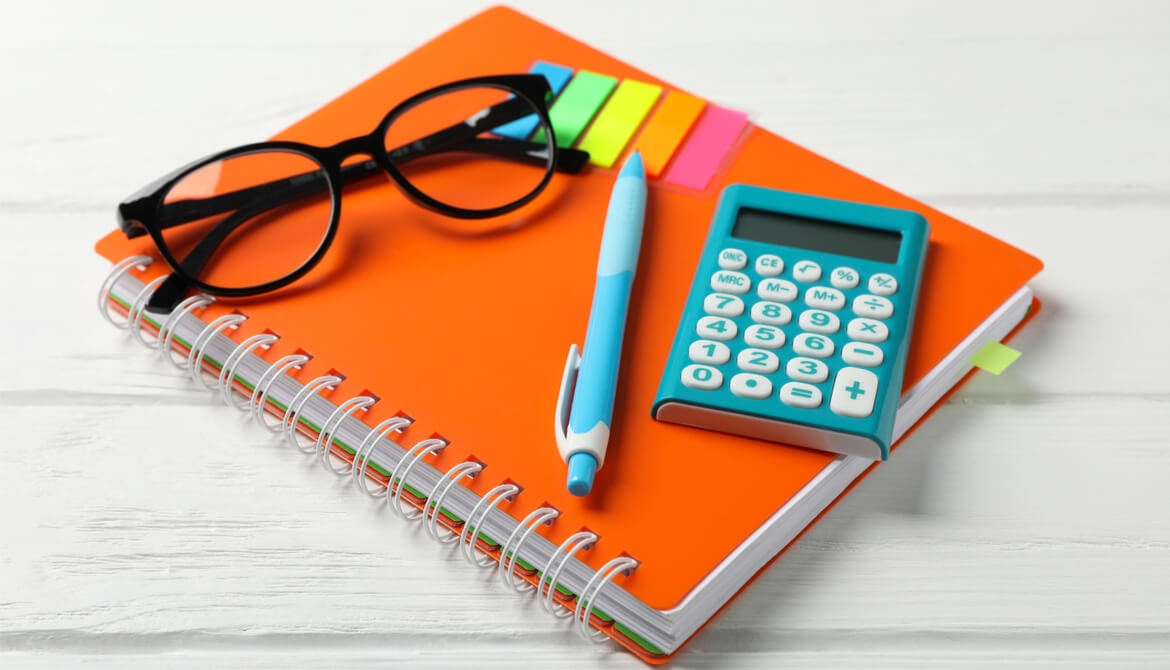 You can—and should—use these methods, too.

This is adapted with permission from the original.

Diversity is important in our lives for many reasons, not the least of which is our primal human need to seek fresh, different and unique experiences. But it is even more important in the workplace and boardrooms.

It’s no surprise DEI is becoming increasingly important to businesses around the world. Business leaders who are genuinely committed to and value diversity understand that there’s a lot more to it than simply becoming familiar with some new nomenclature. They know—and abundant research supports their belief—that DEI creates value for employees, members, and organizations.

Few would disagree that diversity is the right thing to do. Social responsibility and non-discrimination are two credit union international operating principles. Beyond credit union system values, research from McKinsey & Company found that the most diverse companies were 35% more likely to have above-average earnings in their industries.

Credit unions are currently completing diversity assessments with the National Credit Union Administration. When applied to the 5300 report, those assessments should bear out similar results. These results can be used to quantify the return on investment of DEI inside credit unions.

The ability to attract dedicated employees is a significant value of DEI. Employers sometimes struggle to find high-quality employees. But organizations with strong DEI practices place themselves ahead of the curve in the race to find top talent. A Glassdoor survey found that 67% of job seekers evaluate a company’s diversity practices before accepting a job offer. Moreover, employees with the highest level of engagement perform 20% better and are 87% less likely to leave the organization, according to a survey by Towers Perrin.

For women and people of color, this has an even greater influence. For example, nearly 75% of female candidates considered diversity a priority when choosing a job, as did nearly 90% of African-American applicants.

Organizations that satisfy candidates’ DEI expectations get stronger applicants and better employees. Based on LinkedIn’s data of a half a billion professionals across all industries, the turnover rate in the financial services is one of the highest at 10.98%. On average, losing an entry-level employee costs employers 50% of that person’s annual salary, and losing a technical or senior-level employee costs employers 50% to 250% of that employee’s annual salary.

Sound DEI practices don’t just bring employees in the door, they encourage them to stay. Given the high costs of employee turnover, successful organizations find it’s unacceptable to lose employees. However, companies without DEI suffer from high rates of employee attrition.

Research from Deloitte found that 72% of employees surveyed would leave their company for a more diverse organization. The survey also found 53% of millennial respondents had already done just that.

A clear, contemporary DEI strategy can help organizations keep the best talent—which can be measured in a credit union’s rate and cost of turnover. The ROI can be calculated by measuring turnover reduction by cost savings per employee.

Employee engagement equals productivity. Yet, according to USA Today, the average American worker is engaged at a 50% level. On the other hand, it’s widely known that high-performing companies strive for 80% engagement.

Not surprisingly, 78% of business leaders rate retention and engagement as urgent or important, according to a recent Deloitte study. But only 15% believe they are ready to address it.

Another study found that organizations which capitalize on the strengths of all employees and leverage their differences and unique values have the most engaged employees. Employees in diverse environments consistently outperform those in organizations with sub-par diversity.

Numerous studies report that when employees feel valued for their uniqueness, they remain happier and more productive. On the flip side, when employees experience racism, sexism, homophobia or other negative treatment, they react negatively.

It’s no surprise that employees working in unfriendly environments divert their focus to their worries rather than their work. It makes common sense: DEI policies keep employees happy, and happy employees are productive.

LinkedIn developed a calculator for quantifying the cost of disengagement. It defined disengagement as unhappiness manifesting in tardiness, missed workdays and decreased productivity. By applying the Gallup estimate that a disengaged employee costs an organization $3,400 for every $10,000 in salary, and 17.2% of the workforce is actively disengaged, credit unions can determine the ROI for DEI employee engagement efforts.

The ROI of incorporating DEI can be quantified by increased employee engagement resulting in increased productivity. Measurements can include a reduction in tardiness, missed workdays and increases in transactions per employee.

Diversity promotes creativity. A Forbes survey reveals 56% of international business leaders “strongly agreed” that diversity improved innovation in their companies. According to the Harvard Business Review, “Diversity unlocks innovation by creating an environment where ‘outside the box’ ideas are heard. When minorities form a critical mass and leaders value differences, all employees can find senior people to go to bat for compelling ideas and can persuade those in charge of budgets to deploy resources to develop those ideas.”

Similarly, a Boston Consulting Group study found there is a strong correlation between the diversity of management teams and overall innovation. Companies that reported above-average diversity on their management teams also reported innovation revenue that was 19 percentage points higher than that of companies with below-average leadership diversity—45% of total revenue versus just 26%.

Diversity improves member service. The value measurement is most often quantified by Net Promoter Score and/or CUNA’s Member Customer Experience Survey, among others. These results can additionally be quantified by increased product penetration and resulting organic growth.

As the U.S. is becoming more and more ethnically diverse, credit unions need to adapt accordingly. A demographic milestone was reached in America in 2012: The majority of babies born across the country were Black, Latino, Asian, multiracial or another race/ethnicity other than non-Hispanic White. The future of credit union membership is diverse.

America is more diverse than ever before. The buying power of Black and Latino people has consistently risen since 1990 and is estimated to be $1.3 trillion and $1.6 trillion respectively by 2018.

Fintech and the expansion of non-traditional players in the financial services landscape make innovation essential to credit union relevance.

In the financial services sector, the ROI of DEI has been measured by the revenue from new lines of business. PayPal’s Working Capital loan uses alternative forms of credit assessment and thus eliminates factors traditionally influenced by race. Between 2013 and 2018, PPWC disbursed $3 billion to 115,000 customers. Twenty-five percent of its loans were in credit-starved counties that are predominantly communities of color.

Similarly, Regions Bank designed the Now Banking suite of products for people of color, so they could cash checks with minimal fees and no minimum account balance. One in five Now Banking customers opens a checking account, creating a new pipeline of long-term customers.

According to PolicyLink, the financial services industry including credit unions has a $141 billion market of unbanked people in the U.S., mostly in communities of color. This does not include the vastly larger segment of underbanked minorities, which represent far more than $141 billion. In 2016 alone, $12.7 billion in investment poured into technology-based financial services for the unbanked, of which approximately half is estimated to be in products specifically designed for the underserved.

Measuring profitability from innovation is an excellent measurement of the ROI from DEI. According to BCG, companies with above-average diversity scores experienced a 45% average innovation revenue in 2017, compared to only 26% experienced by below-average diversity scores. This 19% increase in innovation revenue is essential as a credit union’s regulatory cost and the expense of keeping up with technology are a tremendous burden on the bottom-line.

Boards that understand their diverse communities, their product needs and behaviors are more likely to approve policies and strategic initiatives that support organic growth. The same is true of diverse executive teams. The diversity and inclusion of boards and executive teams also creates equity in the outcomes from the diverse communities they serve. In this new reality, organizations will need diversity and cultural competence to compete.

Beyond the satisfaction of individual members, DEI measurements and customer satisfaction will be increasingly looked at in the banking industry’s push for taxation.

Diversity enhances a company’s brand. Companies that respect diversity show consumers that they are forward-thinking, relevant and not out-of-step with American values. In an increasingly diverse America, companies that value diversity tell their members that they are valued. A 2019 Edelman Trust Barometer found that 64% of consumers are now belief-driven buyers who want brands to deliver on societal issues, as well as products. This is up by 13 points since 2017.

One of the most important findings from the research is the fact that brand trust is one of the biggest considerations for consumers when making a purchase. Some 81% say that the ability to trust a brand to do what is right can be a deciding factor or deal-breaker. However, only one in three people can trust most of the brands they buy.

Pertinent to credit unions and DEI, 56% of consumers think brands are all talk and no action, which is seen as “trustwashing,” a marketing ploy. This is why incorporating DEI into recruiting and board succession are essential to ensure a credit union brand is built on the equity and inclusion of the diverse members it seeks to serve.

Additionally, when brands earn trust, the rewards multiply. Forty-seven percent of people who buy first and stay loyal make the progression to advocate, and defend the brand based on trust in the product alone. This increases by 8+ points to 55% when they trust the product and how they treat customers, and by 21+ points when the trust the products, treatment of customers and the brand’s treatment of society. The willingness to stay loyal, advocate for the brand and defend increased to 68% when including social responsibility.

Most credit unions do not have the marketing budgets to go head-to-head with megabanks. Yet winning top of mind and top of heart brand position is essential to organic membership and loan growth. By including DEI as a social issue and authentically creating equity, credit unions can increase product per member, organic membership and loan growth—driving ROA. The ROI of DEI can be quantified by promoting the value after incorporating DEI practices and quantifying the ROI compared to a three-year average of prior campaign expenditures.