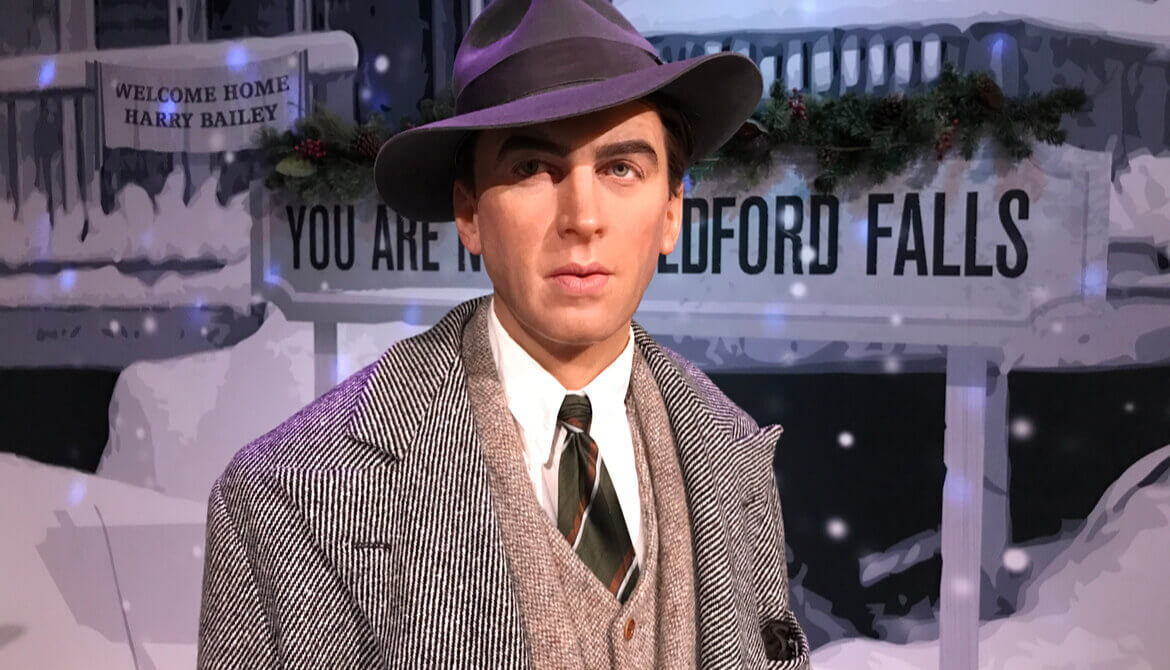 People and organizations like credit unions find the greatest joy and meaning in their work when they do good for others.

During this time of year, we are reminded of the importance of community, giving back, showing gratitude and the power of traditions. In a year with so many changes, it seems people are eager to get into the spirit of the holidays and find comfort in familiar foods, decorations and rituals.

A tradition for many people I know is an annual watching of one of my favorite movies—“It’s a Wonderful Life.” It’s a warmhearted movie that gets me into a holiday frame of mind and reminds me of all that my family and I have to be grateful for. It also reminds me of the unique and noble purpose at the core of the credit union industry. Every time I watch it, I am struck by the parallels between the Bailey family business and the credit union partners our company is so fortunate to serve and collaborate with. (Caution: spoiler alert if you’re one of the few people who haven’t seen the movie yet!).

At the beginning of the story, George Bailey is growing up in Bedford Falls, where his father Peter Bailey runs the Bailey Bros. Building & Loan Association—a small, local, cooperative financial institution with a community focus. Peter is a respected member of the community who treats his customers with fairness and compassion, seeing them as friends and not just customers. This is in contrast to Mr. Potter, a rich, cranky old man who owns many of the town’s businesses and would love to gain control of all of them without regard for the well-being of the townspeople.

Although George has big dreams to travel the world having adventures, life’s twists and turns result in him spending his life in Bedford Falls and taking over the running of the family business. Although it’s not what he wanted, we eventually learn that George was exactly what Bedford Falls needed.

In one scene, with the Great Depression looming, the townspeople panic and rush to the building & loan to take out all their money in fear that it will disappear. George talks them down by explaining how the system works—that there isn’t a pile of their dollar bills sitting in a vault from their deposits, but that their money is invested throughout the community, in the homes of their friends and neighbors. It’s a striking parallel to credit unions—members investing to serve other members and help make each other’s lives better.

That scene also reminds us that it’s only because of the relationships George has built with his customers that the building & loan is able to weather the storm and stay solvent. The people were convinced to take a risk based on his word because, over many years, he (like his father before him) had proven himself to be an honest, trustworthy person of character who kept his promises even when it was hard. George begs his customers to withdraw only the amount of money they need to get by until the crisis passes, and finishes his impassioned plea with, “Now, we can get through this thing all right. We’ve got to stick together, though. We’ve got to have faith in each other!”

Bailey Bros. Building & Loan didn’t help just its own customers, either. The neighborhood housing subdivision Bailey Park kept a substantial part of Bedford Falls an attractive, middle-class area with well-kept homes and proud homeowners. Bailey Park was only possible because of the mortgage loans its homeowners received through the building & loan. These townspeople of modest means wouldn’t have been able to afford to buy a house if the only loans available to them were through Mr. Potter—they would have been stuck living in the run-down, expensive Pottersville slums, paying whatever interest rate he wanted to charge them. By raising the standard of living of the town as a whole, Bailey Park improved the lives of everyone in Bedford Falls, homeowner or not.

George, of course, couldn’t see any of this until prospective angel Clarence showed him what life would have been like if he had never been born. Many people, especially those devoted to serving others, all too often underestimate the value they bring to the world, and the lives they touch. In the day-to-day routine of running your business, it may be easy to overlook the impact your credit union, and the credit union movement as a whole, has on society and on the individuals and families you help.

Just imagine how life would be different today if Alphonse Desjardins had never brought the idea of cooperative financial institutions to the U.S., or if Edward Filene and Pierre Jay hadn’t put the first credit union act into law in 1908. Millions of households that today have access to affordable financial services would undoubtedly be underserved or served only by predatory lenders. Thousands of communities across the country would be missing out on the unique products, services and economic assistance that have helped so many achieve their dreams.

It has been confirmed in study after study—people and organizations find the greatest joy and meaning in their work when they do good for others. That’s what credit unions are all about, and they inherently understand the importance of community and helping those who need a hand. That’s one of the many reasons why State National is so grateful to work with hundreds of credit unions across the country as they contribute toward a better world and remind us that despite challenges and hard times, this is, indeed, a wonderful life.

Trace Ledbetter is executive vice president at CUESolutions Bronze provider State National Companies, Bedford, Texas, where he directs and oversees delivery of all services and products for lender services, including customer relationship management, underwriting and claims.