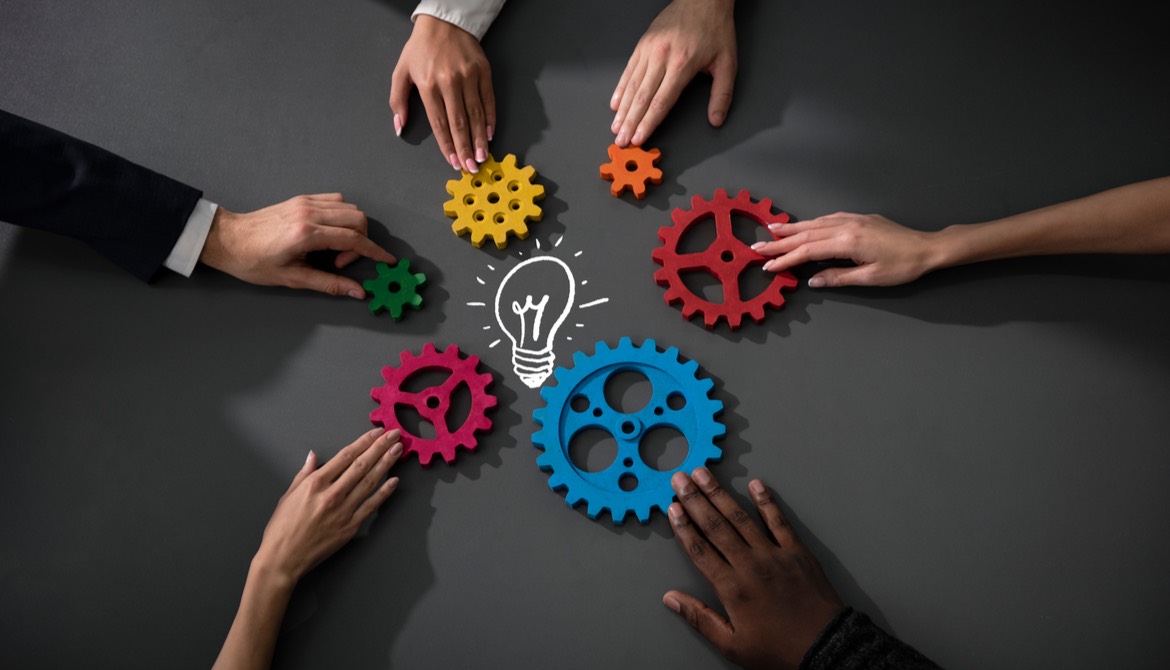 It’s called psychological safety. Now, if thoughts like “fluffy” or “safe space” take over your internal dialogue, stop them right there! Psychological safety is definitely not fluffy and it takes some serious guts and determination to make it a reality on your team. Here’s why.

Psychological safety is about being able to rumble. It involves candid, hard conversations between colleagues who treat each other with mutual trust and respect. It’s productive disagreement and open idea exchange without the fear of humiliation or retaliation. It’s candid (not soft) feedback from a place of deep caring.

Psychological safety is how teams get out of the comfort zone so they can have conversations that matter. Whatever approaches or tools your team uses to actually think big and get things done, you will need psychological safety in place first if you want to work well together.

Research on psychological safety has been happening for decades, and there’s a veritable arsenal of findings showing its importance across industries. The abbreviated version is this: Top researchers like Harvard’s Amy Edmondson and hard-charging companies like Google have determined that the underpinning of any successful teaming effort is psychological safety. Google’s Project Aristotle discovered this after attempting to create an algorithm for generating high-performing teams. A very Google-y thing to try, indeed!

But, here’s the rub. No matter how they sliced the vast amount of data they had, Google’s researchers found that who was on a team was essentially negligible compared to how they worked together when it came to predicting how successful and high-performing the team as a whole would be. I’d argue a lot of professional sports teams have made similar discoveries at great cost.

So, what can you do as a leader to create psychological safety, this critical foundation for successful teaming? As with most things, there’s a big gap between knowing what psychological safety is and being able to actually “do” it—kind of like knowing you should go work out and actually getting yourself to bust out some squats!

Edmonson outlines several intuitive, though not necessarily easy, leadership behaviors for cultivating psychological safety. My colleagues and I have added some color from our own experiences, as well as tips and tricks we use every day here at Take Back Work as we design and facilitate their teaming accelerators and offsites for clients.

1. Be accessible and approachable.

Carve out time to be seen and available. Essentially, step away from your to-do list and be available to others. Tap into your inner five-year-old and get curious about everything. Ask questions with the intent of learning and giving your team a chance to share with you what’s on their minds, showing that you’re sincerely interested in them both as people and as colleagues. When managing a team remotely, you’ll need to go a step further and schedule this time intentionally.

2. Acknowledge the limits of current knowledge.

You don’t know everything, and you shouldn’t. We live in an internet-enabled world where there’s no shortage of experts and answers out there. Your job as a leader has much more to do with being able to ask the right questions and bringing more voices into the conversation.

3. Be willing to display fallibility.

People don’t want a perfect leader; they want a human leader. This should take a huge weight off your shoulders if you’ve been living with the stress of feeling like you need to be absolutely flawless. So set that zero-defect mentality aside and be willing to show your teammates that even the boss screws up sometimes! Modeling this behavior will make it easier for others to do the same.

Got a project coming up that you need someone on? Instead of assigning them to the work, actively recruit them by explaining why you think they’d be a valuable contributor and how the project fits into the bigger picture. A relatively small difference in effort from you can make a huge difference in how they’ll interpret their role and engage with the work. Also, take the time to ask for others’ ideas before sharing your own thoughts.

Sometimes we make the mistake of thinking about “failure” as a one-size-fits-all word when there’s really a spectrum. Choose your terms carefully. Failures can range from blameworthy (for example, an intentional deviation from an established process that puts someone in danger) to praiseworthy (for example, trying a new experimental approach to test a hypothesis). Factors like ability, level of process complexity, uncertainty and intention all come into play.

Be explicit. Don’t waste people’s energy by having them try to figure out what you meant. Choose your words intentionally, making them clear and actionable.

Make it clear how you roll in the moments that matter and where the lines are that people shouldn’t cross. For example, there are times when productive debate and lots of brainstorming are encouraged, and there are times when you need to fall in line and execute the plan—even if you didn’t agree with it 100%. As a leader, you need to clarify which stage applies and when.

Being a leader is hard, and it’s especially hard when it comes time to discipline or fire someone for unacceptable behavior. When this happens, you must explain what happened and why to the team so they have the context for understanding your actions. Avoiding this hard, yet critical conversation leaves the reason for the disciplinary action open to one’s imagination and the rumor mill.

Be patient. You won’t be able to change things overnight. Chances are, your team has experienced a range of different leadership styles, and memories of not having psychological safety run deep. Expect people to be cautious until they’ve seen you walk the talk for a bit.

As COO + director of miscellaneous mischief for Take Back Work, Lauren Grimshaw helps business leaders create traction so they can achieve their ambitious goals. Her specialties include creating clarity, developing execution strategies, and overcoming obstacles through targeted action. Lauren uses a combination of best practices in design thinking, agile methodologies, coaching and innovation leadership to drive change that really sticks.