Three Things That Resilient Organizations Do 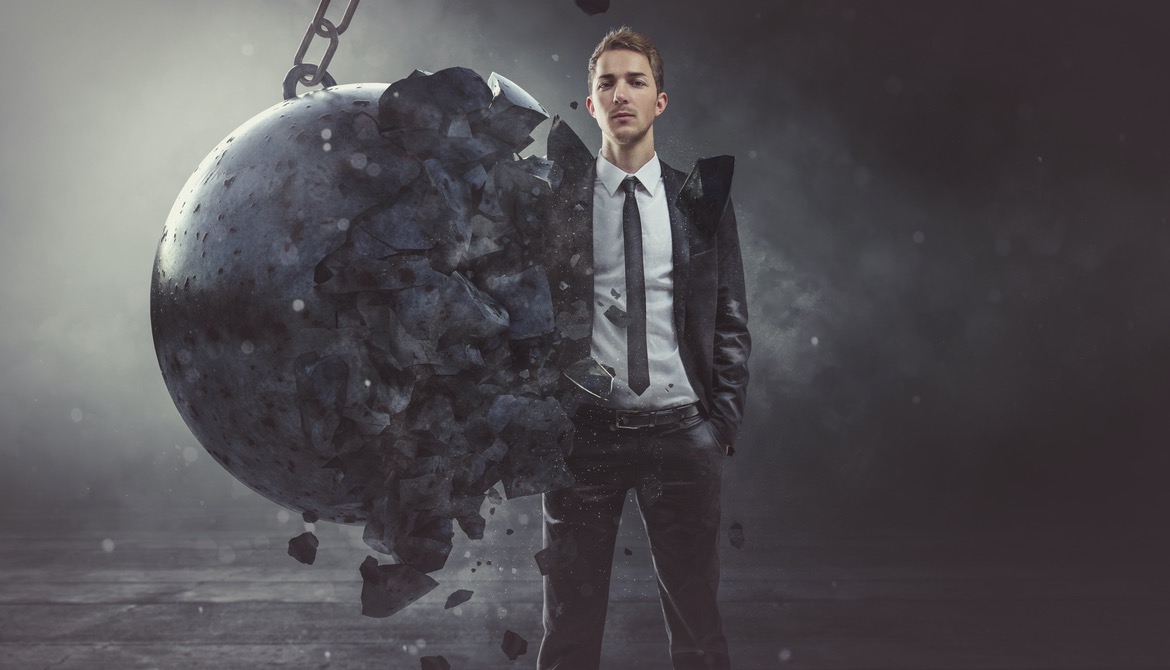 Resilience will help your credit union survive and thrive in a volatile, complex world.

“We need to build resilience in our organizations,” said Joe Perfetti during the first session of CUES Directors & Dialogue December.

Perfetti is an innovation fellow with Duke CE and a lecturer at the RH Smith School of Business at the University of Maryland, College Park.

“One of the things we’ve learned is that we’re living in a VUCA (volatile, uncertain, complex, ambiguous) world, which is basically a lot of uncertainty,” he said. The uncertainty affects not just organizations but also the people who work within the organizations, because people struggle during times of uncertainty.

“Our decisions that we’re making are becoming increasingly complex,” he said. “We like to think, if you watch The Queen’s Gambit on Netflix, that the world is like chess and we can plan ahead and we can outthink our opponents. But that is no longer our world. Our world is now dealing with probabilities. Meaning, I don’t know what the scenario is going to be and I might have to act with imperfect information. And I’m going to get new information that is actually going to completely change the scenario once I act. That’s a complex environment, and people are very afraid to act in that complex environment—because not only do they not know how to make actions but they are also worried about consequences.

“So, we increasingly are making decisions in uncertainty and that’s adding stress to our organizations,” he said.

Adding to this stress is how work is changing. It’s moving from a centralized model to a teams model. “Today, 80% of the work is centralized. It comes in a more traditional command and control structure,” Perfetti noted. “As we become more agile organizations, the unit of work going forward is going to be the team. Eighty percent of work in the future will be done in teams, which means we’re going to have to push accountability … decision-making [and] agency further down the organization. … And that also provides some anxiety to our organizations.

“And so, ultimately, we’re going to have to learn from mistakes because learning will become the new source of completive advantage. We have to look at mistakes not as mistakes but as opportunities.”

To deal with this uncertain future, you will need to set the right frame of mind for your credit union. It’s useful to look to cognitive psychology and this definition of complexity:

Complexity occurs when the prototype in your head is not applicable to what you are seeing. You cannot fit what you see into existing sense-making frameworks.

Or, in computer programming language, the thought process is often: We build an algorithm. We put data in the algorithm and it gives us an answer.

“But the problem that we’re running into increasingly for our organizations is that we don’t know the algorithm,” he said.

“That’s complexity. Complexity comes when the solutions of how we approach the problems occur after action. And that’s a different way of thinking and leading through an organization in terms of the stress that we’re going to have.”

Perfetti talks a lot about the agile dashboard, which helps leaders focus externally on the changes in the evolving market. The key to the agile dashboard is that you look forward because you can’t drive a car looking in the rearview mirror. But a lot of the metrics we use are backwards-looking. “So how do you shine a light into the fog?” he asked.

The second part of the agile dashboard is for leaders to focus on understanding their “capability to implement, to change, to pivot, to execute.”

That means credit union leaders need to have a better understanding of the ability of their organizations to cope and change because “it is one thing to know where we want to go; it is another thing to make sure our organizations are capable of getting there,” he said.

ROI of Wellness and Engagement

Employee wellness and mental health is important for your credit union’s success in a complex world. Focusing on wellness will improve employee engagement, and that has a proven return on investment. Perfetti shared the following during his presentation:

“You need three things to be resilient,” Perfetti said.

Beware of creating a culture that encourages and promotes helplessness instead of optimism. Both can be learned, Perfetti said. Helplessness is the opposite of resilent.

Researchers have studied this with animals by dividing two groups of rats or dogs and giving them all electric shocks but only giving one group the ability to stop the shock (by pressing a button). Over time, the group that couldn’t stop the shock learned helplessness. They didn’t think they could do anything to change it and instead gave up by laying down and accepting the shocks.

It’s excuse after excuse, and the organization almost looks for a reason to fail, he said.

The difference between someone with learned optimism vs. learned helplessness (explored in the book Grit: The Power of Passion and Perseverance by Angela Duckworth), is that instead of looking at a problem as something they have no control over, they look at the problem as an opportunity.

Employees who don’t believe they have control and agency to act and respond to problems and crises will learn helplessness.

“You have to take the framing that you can do something about this. You can fix this,” he said. “We’re trying to be proactive not reactive. That’s where we go beyond resilience to ‘antifragility.’”

How Do You Become Antifragile?

In his book, Antifragile: Things That Gain From Disorder, author Nassim Nicholas Taleb argues that it is not enough to be resilient. You need to be antifragile—resiliency is not enough because it’s too late.

Taleb uses COVID-19 as an example to highlight the difference between resiliency and antifragility. Once you get the virus, there are treatments available that may or may not work. “But it’s too late because you already have the virus,” Perfetti said. “And then you’re playing catch up with the winning virus to try to save the patient. We have to prepare the organization before the crisis rather than after the crisis. And that’s what makes you antifragile.”

A vaccine makes the body antifragile because it trains the body to fight the infection even before it gets the infection. Responding quickly to a crisis with a plan, a response, a pivot or a treatment instead of giving up is resilience. But considering unthinkable possibilities and scenarios ahead of time and planning for them is being antifragile.

“When we are unprepared for the crisis, and we haven’t come up with the scenarios and the plans, it’s too late. We don’t know what to deal with it,” he said.

He was working with an oil company that had hired one of the top scenario planners in the world. At the time, oil was $100 per barrel. Not one scenario, he said, included a case in which oil dropped to $30 a barrel. When that happened, the company was stunned, incredulous and in denial. And so they struggled, he said.

In another example, he was working with a large bank in Brazil that in its scenarios didn’t consider the possibility of Brazil going through a recession. When Brazil did go through a recession, not only did it devastate the bank and the economy, “but they had no idea even how to handle the recession,” he said, “because it never occurred to them that they could go into a recession anytime in the next decade.

“These are smart people,” he added. “And now they are scrambling to adapt. But, again we’re treating it. We’re not building the antifragile organization.

“We want to build resilient, antifragile organizations; that’s going to became very important if we’re going to become more agile in the financial services industry with all the disruptive change.”

Don’t miss the opportunity to learn from top-rated speakers and connect with your colleagues! For three Wednesday afternoons in December, join us in learning about growth in a post-pandemic world, innovation and how to deal with mental wellness as an agile board. Video playback is available for every session, including this session with Joe Perfetti.
Register Now