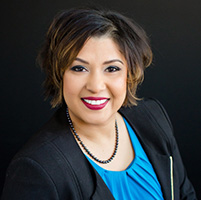 In business, ambidexterity refers to leveraging an organization’s existing strengths while also pushing for the discovery of new strengths. This is also known as “exploit and explore.”

Just as ambidexterity is rare in humans, it’s an uncommon trait in business. Yet some humans – usually the left-handed among us – have been known to train themselves to be equally adept in the use of both hands. Similarly, credit union leaders can become intentional about organizational ambidexterity; in other words, exploiting their strengths while also exploring future possibilities.

To exploit is to master your existing business lines. This is what keeps the lights on. Armed with the experience and the data to properly analyze and forecast, credit union leaders can understand and more easily manage to where their cooperative is headed.

To explore, on the other hand, is to enter uncharted waters. Leaders will not always have the data within arm’s reach to confidently take risks; sometimes exploration of the unknown must happen with limited evidence.

This is only a starting point, however. The second phase of exploration is the building of a hypothesis, and the third phase is attempting to prove the hypothesis. Keep in mind, a positive outcome does not always happen. Great leaders are willing to take risks and “fail forward.”

We’re doing it here at TMG (The Members Group). With strong roots in credit card processing, TMG has exploited this capability to grow our business, attract strong partners and push the business forward. At the same time, we are exploring new frontiers in both payments and the larger financial services sector. You can see this future orientation in TMG’s development of new technologies, partnerships and solutions in areas like wearable payments, data analytics and fraud detection.

Strategic partnerships are an incredibly effective way to explore an organization’s next frontier. Look at mega bank BBVA Compass’ recent purchase of data firm Madiva Soluciones. Rather than competing to acquire the world’s top tech talent, the bank forged a partnership with an organization that already had it. Instead of hiring a slew of data scientists and analysts to add a new business line, BBVA Compass established a mutually beneficial relationship with a company that already knew the ins and outs of the business line it was looking to add.

There are many barriers to exploration, however. Ironically, one of these is success. Successful, well-established organizations often succumb to inertia. Over time, complacency and/or a sense of indestructibility sets in and the motivation for exploration diminishes significantly.

Take Sears, for example. A one-time favorite American brand, Sears was once the Goliath and Walmart, on the other hand, was the industry’s David. Big and mighty, Sears’ business-as-usual strategies satisfied shareholders for many years. So blinded were executives by hubris, they didn’t even see Walmart coming. With its own sights set on the burgeoning suburban family, Walmart faced little resistance in its quest to steal critical market share from Sears.

Just as the Walmart of yesterday identified gaps in Sears and other retailers’ ability to deliver convenient and affordable household goods to the suburbs, the Walmart of today is exploring similar gaps in the delivery of financial services. Walmart’s hypothesis: The wage-earning families who turn to us for everyday shopping will also trust us to safeguard their finances, find them insurance policies or issue them a prepaid debit card on demand. As we can see by the many different financial services Walmart has rolled out in the past two years, they are on their way to proving this hypothesis now.

In 1920, the average S&P 500 company had a run rate of 67 years. Today, the rate is down to 15 years. At the risk of sounding the alarm, our business species (financial services) is exhibiting tell-tale signs of mass extinction. For all organizations, especially credit unions, to survive in the fast-moving Age of the Consumer, explore and exploit must become the new norm for today’s leaders.

Shazia Manus is CEO of TMG (The Members Group). A former credit union CEO and an entrepreneur since the age of 17, Manus has a spirit of innovation, commitment to collaboration and a keen sense of sound business management that have compelled TMG to record growth.