Women at Work, Find Your Voice 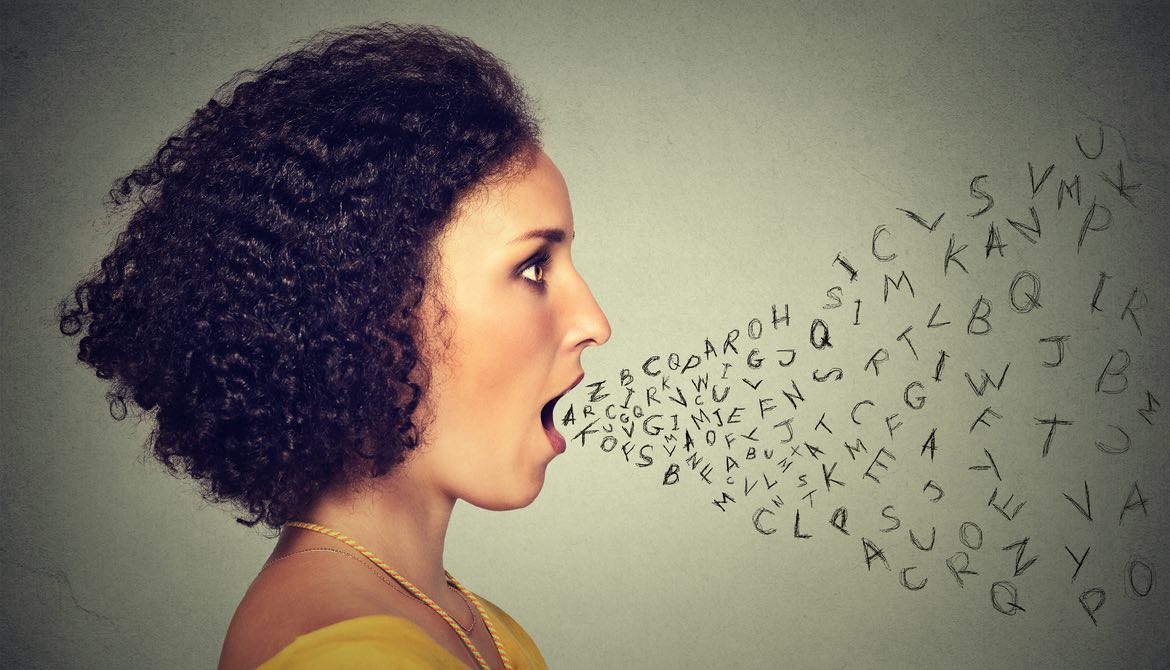 There’s a lot riding on women’s voices today. Consider this story: A friend of mine launched a research and development company for new initiatives in the food and beverage industry. He picked up a celebrity client whose hit list is august enough to earn him the status of elder statesman in Hollywood. Usually, he plays the good guy.

The actor was looking to develop a new product that would capitalize on a particular nut that grows in abundance in the neck of the woods he calls home (when he isn’t on location filming blockbusters). The client’s wife took all the initial meetings with “Eliza,” an extremely competent young project manager who acted as the company’s primary representative during the first phase of R&D. Occasionally the star himself scrawled notes in the margins of reports with praise or, when the food science jargon got too deep, questions like “What the hell is that?”

After phase one was completed to everyone’s satisfaction, Eliza and the client’s wife made moves to arrange the first in-person meeting with the celebrity himself. As the plans advanced, Eliza heard this caution: “You can’t meet with my husband unless you get rid of your vocal fry. He won’t even talk to you.”

Vocal fry is a low, croaky style of speaking that some culture watchers say was popularized by the Kardashian family. It’s commonplace today, especially among younger women, although both genders have vocal fry to varying degrees. Predictably, Eliza was upset and insulted. She was good at her job and proud of her work. The meeting with the client never materialized, and his innovative nut product never made it to store shelves. Whether Eliza tried to rid her voice of its creakiness in the lower register remains an open question.

The story illustrates what research is finding: Women at work face real-life penalties because of their voices. Vocal fry in particular is a hot topic in the business world, and young women with vocal fry seem to be particularly vulnerable to voice-based negative perceptions. Although millennials tend to perceive vocal fry as authoritative, a study published in the online journal PLOS from researchers at the University of Miami and Duke University found that study participants said they would be less likely to hire women with vocal fry and considered them less trustworthy.

Vocal fry is just the tip of the iceberg when it comes to women’s voices. Women face a communication gap on the job. By now we’re familiar with the gender-based pay gap and the fact that far fewer women than men make it to the upper echelon in any given field. Contributing to these disparities is the fact that women in the workplace are having trouble being heard.

A study from Yale University found that women speak up less often at work than their peers. Maybe that’s because when they do, their competency rating decreases by 14 percent. It’s the opposite for men: When they speak up more often than their peers, their competency rating goes up 10 percent. Men dominate 75 percent of conversation in decision-making groups, according to the American Political Science Review, and a Carnegie Mellon University study found that women are less likely to negotiate aggressively. When they do, they face a social backlash and tend to be seen as less likeable and trustworthy.

When I present at businesses or coach clients one on one, I get a lot of the same questions. Women ask me for help in expressing vocal confidence and in learning the tools and techniques that telegraph strength and capability. A lot of these women feel their inner power is bottlenecked. They feel confidence inside, but it doesn’t always get verbalized. It’s not their fault.

Our voices are a primary means of interface with the world, but most of us have never had an hour’s training in how to use the voice to its fullest effect. We forget the voice is an instrument. To unlock its potential requires working with the breath as a means of voice support, practicing dynamic posture and learning the fundamentals of effective communication. These fundamentals include inflecting down at the ends of sentences, using pauses, talking with the hands and getting rid of mannerisms that undercut the message. Managers, team leaders and human resources professionals also need to keep an ear out for voice bias and work to educate their staffs about the gender communication gap.

And, yes, there are exercises that can help you rebound from the vocal fry habit, if you decide you want to do that.

Men at my presentations have asked what they can do to help the women on their teams be heard, to bring everyone to the table to make the strongest decisions they can. They also want to know how to use their own voices to their fullest, most persuasive power.  Sometimes creating space to include a plurality of voices is a matter of perception: Co-ed group exercises using open and closed body postures can trigger a eureka moment about what it’s like to talk in someone else’s shoes.

It’s about time we started talking about why voices matter and what we can do to make sure everyone gets heard.