Measuring the ROI of Financial Education 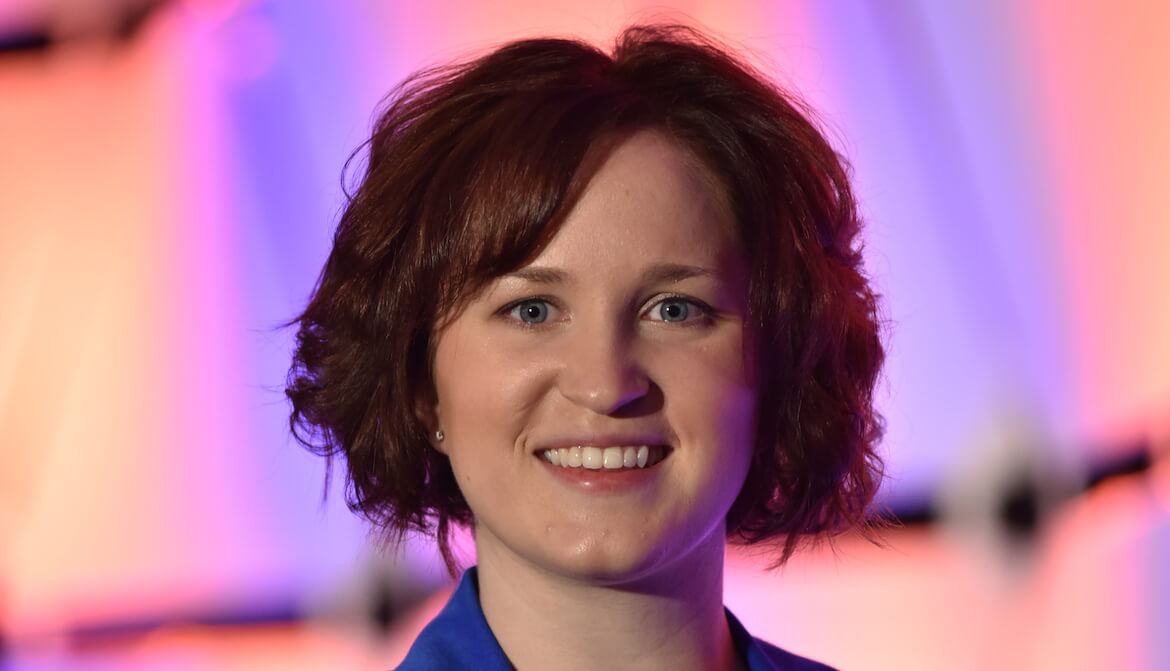 Credit unions have a reputation for championing financial education. It fits well with the CU philosophy of “people helping people.” Often neglected, however, is an analysis of the impact of financial education on the CU’s bottom line.

CUES member Shannon Cahoon, community outreach coordinator for $985 million Fibre Federal Credit Union, Longview, Wash., has filled that void. Her system for measuring the return on investment of her CU’s financial education program earned her the title of 2016 CUES Next Top Credit Union Exec. CUES presents the award to a person under the age of 35 with exceptional leadership potential.

“Financial education gets to the heart of what credit unions are all about,” says Cahoon, who was chosen for the honor from five finalists during CEO/Executive Team Network in Savannah, Ga. “Many credit unions put financial education and community empowerment in our mission statements and vision statements. We feel it’s the right thing to do, but few of us can articulate what those programs bring to our bottom lines. Being able to prove that these programs are creating a profitable outcome is the best way to ensure their survival.”

“Ultimately the report will allow us to compare the cost associated with these accounts with the revenue generated to determine the overall profitability of our program,” Cahoon explains. “We also can compare the cost of obtaining a member by this method versus our traditional cost.”

Serving on the executive committee for the National Youth Involvement Board, a network of CU financial educators and marketers, Cahoon has seen a need for such a system at other CUs, too.

“There are a lot of credit unions across the country that have fantastic financial education programs that reflect the very heart and soul of our movement,” Cahoon says. “But increasingly we’re having to justify where we’re spending our dollars. The idea is to be able to stand before your CEO and defend the value of your program.”

Cahoon believes the NTCUE judges were impressed by her system’s flexibility.

“It can easily be tweaked to measure the ROI of other efforts, such as community outreach, business development, new member on-boarding, second-chance accounts and much more,” she says.

Winning the NTCUE competition is so far the highlight of Cahoon’s career, which started 5.5 years ago when she graduated from Washington State University with a bachelor’s in management, operations and business administration. She had already noted Fibre FCU as a place friends had liked working. Her application timing proved fortuitous, as VP/Marketing Angie Leppert was hiring for the newly created position of community outreach coordinator.

Leppert recognized in Cahoon a person with strong leadership skills. “Shannon has the highest level of professionalism; she is very determined and goal-oriented,” says the CUES member. “From the very first time I interviewed her, I sensed she would be a wonderful fit.”

Cahoon not only oversees the CU’s financial education program but also community events and sponsorships, outside business relationships, the CU’s volunteer program and its Credit Union Legislative Action Council program. “Basically, if it’s something happening outside of our walls, I’m probably involved in it,” she says.

Cahoon’s NTCUE victory has thrilled everyone at the CU, including President Christopher Bradberry, who recently undertook the CEO role as well. “The entire credit union was rallying around Shannon during her competition,” says Bradberry, a CUES member. “While we were all so excited to see her win, none of us was surprised by her success. She is a very creative individual who is dedicated to the credit union movement and Fibre Federal Credit Union.”

For her win, Cahoon has been awarded an education package valued at more than $20,000. It includes registration and travel expenses for two of CUES’ CEO Institutes and remote coaching sessions from CUES Supplier member, strategic partner and challenge sponsor DDJ Myers, Phoenix.

Cahoon has already attended workshops and training programs sponsored by the Northwest Credit Union Association and gone to some national conferences.

“Earlier this year, I had the opportunity to crash the GAC,” she reports, referring to the program that allows young professionals to attend the CUNA’s Governmental Affairs Conference in Washington, D.C. “I cannot adequately put it into words how valuable it was.”

When not working, Cahoon enjoys camping with her husband, Duane. “We have a fifth wheel, so we take our Great Dane and our Rottweiler, and we just go,” she says. “Other than that, I’m basically just a credit union nerd.”

Cahoon is open to a range of professional possibilities, with her ultimate goal a C-level role. As a NTCUE finalist, she took part in a coaching call with DDJ Myers CEO DeeDee Myers, Ph.D., MSC, PCC, who posed the question: “Do you want to be a CEO?”

“At the time, I said I don’t know, but she helped me envision the possibility,” Cahoon reports. “At this point, I can see myself moving more toward being a chief marketing officer or a chief experience officer, but I’ve definitely learned that you never rule anything out.”

“One of the many things I love about our industry is the way that it embraces young leaders and outstanding performers,” Cahoon says. “I think it really bodes well for our future.”