Going Against the Wind 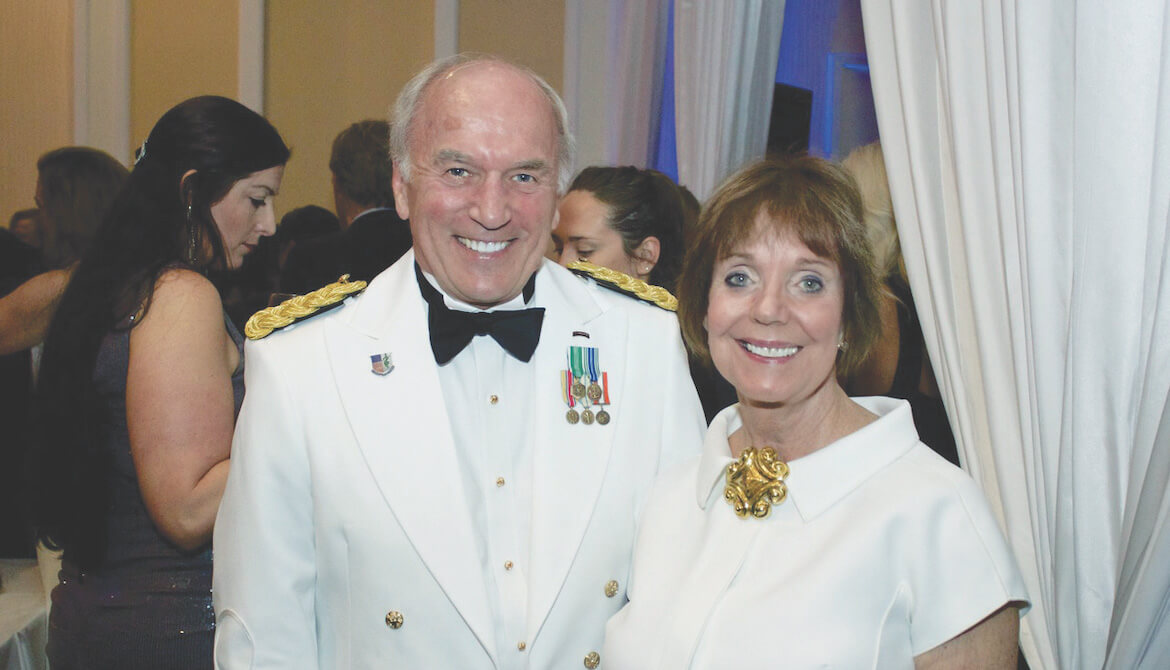 Peter G. Hanelt, CPA, set sail with his brother across the South Pacific in the early 1970s. Little did he realize he was creating a metaphor for his life and career.

Hanelt and his crewmates were on board a gorgeous 53-year-old yawl once owned by movie legend Errol Flynn. They were sailing to such exotic locales as Rarotonga, Samoa, Tonga and Fiji. This was years before Hanelt achieved immense success as a turnaround specialist and decades before he assumed the chairmanship at $5.5 billion Patelco Credit Union in Pleasanton, Calif. At the time, he was a young military veteran and graduate of West Point looking for adventure. He certainly got that—and then some—when the sailboat encountered Hurricane Bebe off the coast of Fiji.

“It was a pretty exciting experience,” says Hanelt, a CUES Director member. “The hurricane came right over the top of us. We were able to pull into a bay. We set out all the anchors and set the motor to go gently against the wind.”

Hanelt and the others evacuated to shore. “We looked out the next day, and the boat had been pulled about 200 to 300 yards ... but it came through the storm with very little damage,” Hanelt recalls.

The lesson Hanelt says he learned is: Expect the unexpected. It’s a lesson that has held him in good stead throughout his accomplished career, working on turnaround efforts for such high-profile companies as Gucci Accessory Collection and Esprit.

In the years since his South Pacific adventure, Hanelt has excelled by emphasizing decisive action, teamwork, innovation and problem-solving to keep organizations afloat during the business equivalent of hurricane-force winds. He brought this expertise to the chairmanship at Patelco CU, where his exceptional leadership has earned him the honor of 2016 CUES Distinguished Director, presented to him in December during CUES’ Director Conference in Maui, Hawaii.

When he joined the Patelco CU board in 1996, Hanelt had already participated in several major turnarounds. He came onto the board when the CU was led by CEO Ed Callahan, who was National Credit Union Administration chair from 1981-85 during an important period of deregulation for CUs. Under Callahan’s leadership, Patelco CU embarked on three decades of dramatic growth that took the organization from $280 million in assets to the $5.5 billion that it has today. Hanelt believes the CU is on track to reach $10 billion by 2021.

In the mid-1990s, however, there was a pause in the CU’s growth, precipitated by the disintegration of a planned cooperative merger. In this contentious time, Patelco CU recruited Hanelt to help reconstitute its board and put in place a governance structure that would better support the organization. The CU went on to consummate four successful mergers in the ensuing years, the largest of which was $400 million.

Hanelt joined the board with a high opinion of the CU’s overall direction. “Patelco, I thought, was doing an outstanding job for its members,” he says. “It clearly delivered very solid financial returns for members, and members reciprocated it, which allowed it to have this extended period of double-digit growth.”

Hanelt has spent a lifetime building the experiences that have allowed him to be an effective volunteer leader. He graduated from West Point with a degree in civil engineering, then spent four years on active duty and 22 years in the reserves.

In addition to his South Pacific adventure, Hanelt has had other unique experiences such as reforesting a 200-acre redwood track in Northern California with 80,000 redwood seedlings. Today that property is a redwood forest and a private family retreat. He also spent time restoring Victorian homes in Alameda, Calif.

In time, Hanelt earned his MBA from the University of California, Berkeley. He worked as a CPA with Deloitte & Touche before embarking on his career as a turnaround specialist. He did a total of 18 turnarounds in industries ranging from healthcare to hedge funds to high fashion.

Hanelt did his final turnaround in 2004, when he had been serving on the Patelco board of directors for nearly a decade. In 2011, he took on the board chair position.

A major event that took place during Hanelt’s term as chair was the hiring of President/CEO Erin Mendez, CCE, a CUES member, in 2013. Hanelt was impressed by one of her comments, which has stuck with him through the years: “When you set high standards for people, it’s really another way of saying ‘I believe in you.’”

Hanelt takes this statement to heart when leading the board and empowering the Patelco CU management team. “I believe the board of directors has to be the compass for the organization, but it’s not enough to point in the right direction,” Hanelt says. “You have to help the executive management team raise their eyes above the horizon and see the future. If you can do that as a board, then you’re able to meet the executive team on the high ground and achieve great things—not just for the organization, but also for its members.”

As a turnaround specialist, Hanelt uniquely understands why businesses falter.

“Organizations that operate for years and then eventually go out of business are failing their fundamental mission, which is to care for their constituency,” he says. “For me, the credit union industry was a natural fit because I’ve seen the pain that is inflicted in organizations that run up on the rocks or are not doing what they can to build financial strength. The credit union movement ultimately is about looking out for the members’ financial wellbeing. Ultimately, it’s the perception by the members of whether we’re doing the right thing—not what our intent is—that determines whether we’ll continue to thrive.”

Hanelt employs those three elements, as well as the accumulation of his life and career experience, to help move Patelco CU forward.

“I’m a CPA, I’m a West Pointer, and I’m a civil engineer,” he says. “I feel I have an excellent grasp of the analytical as well as the financial. In my turnaround experience, I was always a hands-on, fully engaged, where’s-the-problem-how-do-we-solve-it type of person.”

Mendez appreciates the strong and consistent financial guidance that Hanelt has provided. “Pete’s leadership has led to the creation of many programs that have helped to better the financial lives of Patelco’s members,” she says. “His advisement helped develop expense efficiencies, rebuild a strong executive team, improve the governance structure and effectiveness, and he consistently encourages innovation.”

That latter quality—encouraging innovation—has been a top priority for Hanelt. He even pushed for creation of an innovation budget, which sets money aside to pursue innovation and to send Patelco CU executives to innovation workshops.

“I believe the only way you can survive disruptive innovation is to disrupt your own existing organization,” he explains. “You have to do that by investing in innovation itself.”

At Patelco CU, that investment includes a multi-million-dollar expenditure on technology. “It’s a 100 percent overhaul of our whole technology backbone,” Hanelt says. “That includes the core system, mobile banking, our website, member services and our lending program.”

The result will be vastly improved service for members, including expedited lending and a more customized experience. “This technology will allow us to innovate on behalf of our members,” says Hanelt. “I always tell people ‘Change is inevitable, growth is optional.’ The price of entry today in the financial services market is operational excellence. You cannot have operational excellence if you do not embrace technology.”

While proud to have earned the 2016 CUES Distinguished Director honor, Hanelt views the award as validation of what the CU has achieved in terms of innovation and growth. “This is a cooperative effort that has allowed us to move dramatically forward, and everybody at the credit union has embraced it.”

Fellow board member Jeff Parks was on hand when Hanelt received the award. “He is absolutely deserving of that award,” says Parks, a CUES Director member.

Having known Hanelt for nearly 50 years, Parks is impressed with the depth of Hanelt’s intellect and his business experience. “He applies his business acumen to Patelco with the understanding that credit unions have to compete in an ever-changing marketplace. He does a great job challenging the board and the executive team to embrace innovation.”

Another Patelco CU board member, Garick Zillgitt, similarly values Hanelt’s vast business experience and his unfailing sense of integrity. “I’ve worked with Pete … for 10 years,” says Zillgitt. “He has a remarkable business mind as well as a passion, energy and commitment to the credit union ethos. He’s in with both feet, supporting the credit union mission and doing what’s right for the members.”

Hanelt and his wife, Mary Ann, have been married for 42 years; together, they have two sons. In his spare time, Hanelt enjoys the great outdoors, whether visiting his redwood retreat or embarking on a fishing trip to Montana. Professionally and personally, he retains a strong interest in helping others better their lives. This is evident not only by his dedication to the Patelco CU board but also by his service on other boards, such as Dignity Health, one of the nation’s largest not-for-profit healthcare organizations.

“I’m focused on making things better for everybody around me, whether it’s my family, my extended friendships or my organizations,” says Hanelt. “I always like to think each year will bring new and better things and that we’ll complete each year in a better place than we were the year before.”