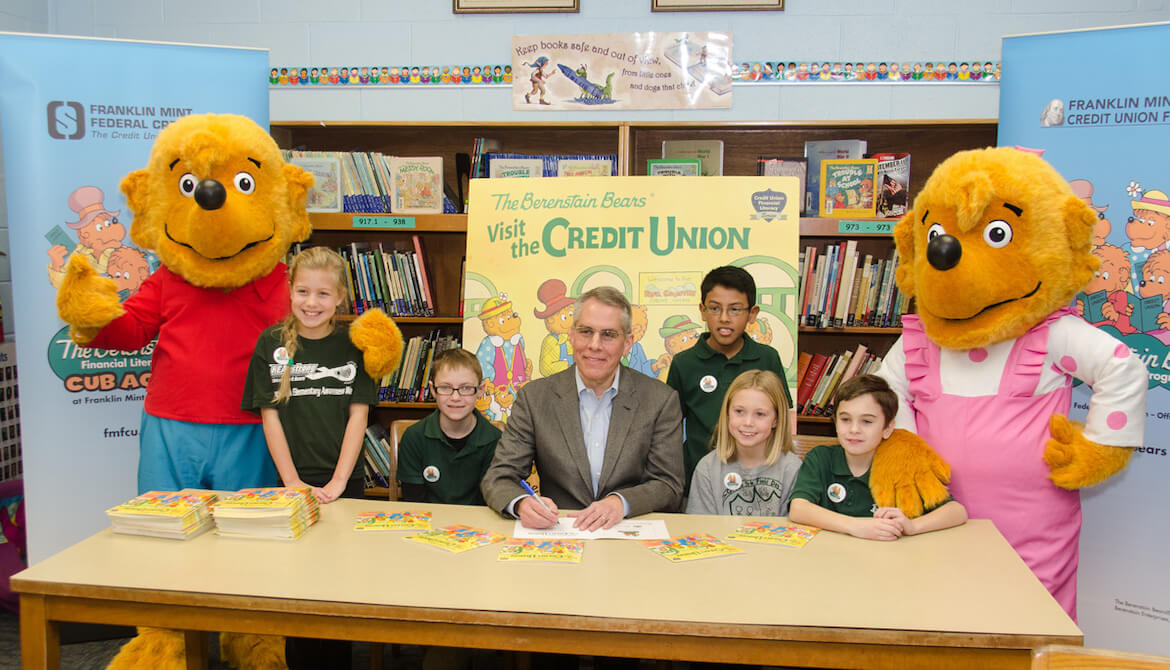 Brother and Sister teach young members to save.

Since Franklin Mint FCU doubled the rate last summer on its Berenstain Bears Cub Account, a savings program available for children up to age 10, to 4 percent on the first $500, the average number of accounts opened monthly has increased from 60 to 100, and account balances average around $1,000, Stanley says. In almost 50 percent of the households where one or more children have a Cub Account, their parents have a checking account with the credit union, and 60 percent of those households have a loan. This program has helped keep the credit union’s average member age at 41 for more than five consecutive years, well below the national average.

“We make this program as turnkey as possible, with recommendations on how to merge the education components and marketing,” says CUNFL account executive Lorraine Ranalli. “It includes guidelines for the Cub Accounts. The credit unions set the terms, but the program provides the branding.”

O Bee CU has purchased Sister and Brother Bear costumes, typically donned by local high school drama students who read the books to children at school and library events scheduled weekly. Children get a take-home box with a Berenstain Bears book, pencils, erasers, stickers and information about the credit union’s Cub Accounts. The number of youth accounts at O Bee CU has increased from an average 14.9 per month before introducing the program to 42.7.

When they open an account or make a deposit, children through age 12 get a certificate for free ice cream at a local restaurant. “Kids love to run the coin machines in our branches, bring their deposit slips up to the teller, and get their ice cream coupon,” Collins says.

“This is such an iconic brand, instantly recognizable to teachers, parents and children, that it lends extra credence and trust to a credit union’s commitment to financial education,” Durante notes.