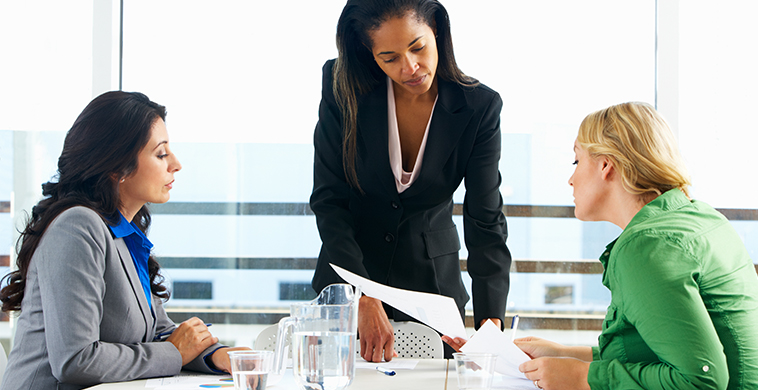 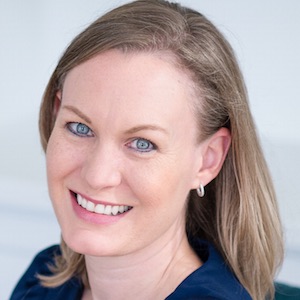 Have you ever wanted something at work but were afraid to ask for it? Perhaps you spent a significant amount of time thinking about why you couldn’t have (or didn’t deserve) what you wanted, so you talked yourself out of even putting your desire on the table.

This was the case for me as a young executive working in a credit union. We had a new CEO who had a grand vision of elevating our organization to a new level. Our goal was to create a best place to work and to attract and retain the best talent in our metropolitan area. A lot of resources go into making a vision like that successful and, as the vice president of human resources, I was feeling the pressure to deliver.

There was one problem: My team was overwhelmed, and we couldn’t keep up with the new positions that were being added over the next six months. I felt that we needed to hire a manager over the talent acquisition area, but I was certain my boss wouldn’t go for it. We had added a position to the department the year before, and I knew we already had more employees than a typical HR department for a credit union of our size and assets.

Negative thoughts dominated my mind and kept me from asking. “My boss will think I’m greedy, incompetent, incapable and ballsy. He’ll think I’m not efficient with my time and not able to manage my team properly.”

I hesitated for weeks before I finally put together a plan and approached my boss. I went in prepared to make my case for why adding a high-level position was necessary for us to reach our strategic goals, as well as how the investment would pay off long term. I nervously brought it up one morning when we were meeting. His response baffled me. “I’ve actually been thinking the same thing,” he said. “I’d like to hear your plan of how you would use this position.” I was stunned. I had spent over a month ruminating on all the reasons I would be turned down, convincing myself of the worst-case scenario. All that wasted time and energy was unnecessary.

Why did I spend time overthinking and overanalyzing rather than asking for what I needed? According to Katty Kay and Claire Shipman, authors of The Confidence Code, women tend to avoid risks, underestimate their abilities and spend more time thinking about the consequences of failure. And women tend to strive for perfection, which is the enemy of confidence. Perfectionism is a fallacy, and if we hold ourselves to that standard, we will constantly fail and be generally less confident than men.

These tendencies cause most women to hesitate to take action and ask for what they want. It’s hard for me to put that on paper, yet I have seen this lack of confidence in many women I have worked with as an executive coach.

It’s important to note that companies that employ women in large numbers “outperform their competitors by every measure of profitability,” according to the authors of The Confidence Code and recent studies—proof that our actual performance is much better than our perception of our performance.

Kay and Shipman suggest that building confidence comes from taking action. We need to think less and act more. Professional success requires political savvy, a certain amount of scheming and jockeying, some self-promotion and not letting no stop you.

My mentor, Jack Canfield, said something that changed my perception of asking: “You reject yourself in advance by not asking in the first place.” By not asking, we don’t even have a chance of getting what we want or need in life.

Laurie Maddalena, MBA, CPCC, PHR
Executive Coach/Consultant
Envision Excellence
It’s important to note that companies that employ women in large numbers outperform their competitors by every measure of profitability—proof that our actual performance is much better than our perception of our performance.

Maybe you won’t always get a yes, but you will never get a yes if you don’t ask. Whether you want to ask for feedback, more resources, to work from home, more coaching, a raise or to attend a board meeting, below are six tips for increasing your chances of getting what you want.

While there’s no guarantee that you will get a favorable answer, to get anything you want in life, you have to be willing to step outside your comfort zone. Those who learn to confidently ask will immediately increase their chances of success and happiness.