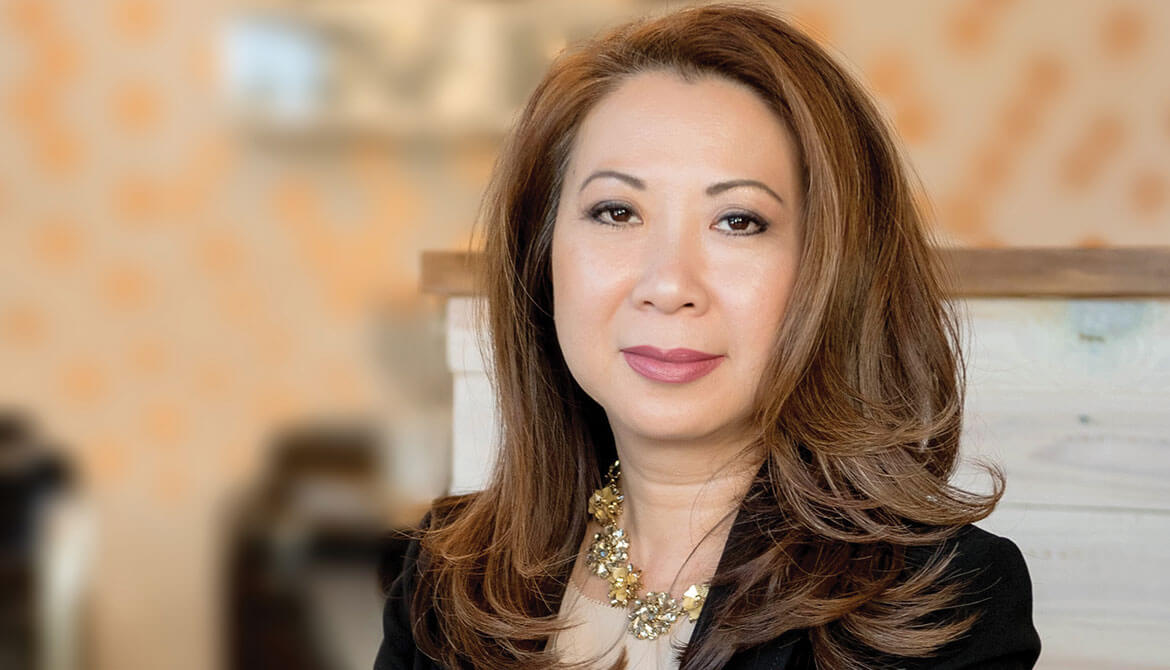 For Linh N. Dang, CCE, being an exceptional leader means having the ability to adapt her leadership style to the circumstances at hand.

“There are a multitude of leadership styles,” says Dang, chief development officer at $2 billion Addition Financial, Lake Mary, Florida. “There’s the visionary leader, the transformational leader and the strategic leader, to name a few. Confining oneself to a single style of leadership is unproductive and a bit unrealistic in a dynamic financial industry. I think, as a leader, you have to analyze the situation, ... taking both short- and long-term goals into account.”

In her career, Dang has utilized all three of those leadership styles: visionary to set direction and communicate initiatives to motivate her team; transformational to inspire employees to embrace change, such as in the case of a merger; and strategic to address challenges and encourage favorable results.

“A leader needs to balance these various styles to leverage relationships and influence outcomes,” Dang contends. But “regardless of which leadership style I apply, I achieve success by leading firmly but fairly and with integrity.”

Dang was recently named the 2019 CUES Exceptional Leader. A CUES member since 2009, she deserves the honor not only for what she has achieved, but also for what she inspires others to achieve.

“Linh is a manager with very high standards,” says CUES member Nora Rodriguez-Patterson, director of project management. “I’ve worked with her for 10 years at the credit union, and her expectations of me have always been very clear.”

Rodriguez-Patterson started out in the contact center, where Dang was her manager. “What I appreciated about Linh back then was that she was a mentor, but she wasn’t a micromanager,” she recalls. “She gave me the space to establish my own way of doing things, but she was there when I needed her to give me guidance and input. That guidance—that mentorship—has been there throughout the 10 years I’ve worked with her.”

In nearly 17 years at Addition Financial, Dang has had many noteworthy achievements. Her most impactful endeavor was leading the rebranding of Addition Financial from its former identity as CFE Federal Credit Union. Dang proposed a name change at a time when CUES member and CEO Kevin Miller, CCE, was leading the charge to convert to a state charter. “I said to the board that, since we had to remove the word ‘federal’ regardless, this would be the perfect time to revisit our name,” she recalls.Dang pointed out that the CFE acronym—which stood for Central Florida Educators—was limiting the organization’s potential for growth both geographically and from a field-of-membership perspective. She admits to some trepidation in suggesting the elimination of the CFE initials, given the CU’s strong roots in the education field, but the board gave the go-ahead to explore her proposal.

From there, Dang headed a credit union-wide initiative, which culminated in the rollout of the Addition Financial name in May 2019. “It was a two-year journey, with all of us working as a team to introduce our new name and our new brand,” she reports.

Under its new state charter, Addition Financial is expanding from its original four counties to 22 counties. This provides much potential for growth, but Dang stresses, “We’re not going to grow for the sake of growing. It’s going to be managed growth, achieved strategically, as we move beyond the counties where we have a presence today.”

Addition Financial is the third CU on Dang’s resume. After graduating from the University of Central Florida with a bachelor’s degree in accounting in 1993, she worked briefly at Orange County Public Schools before taking an accounting job with $29 million Gulf States Credit Union in Maitland, Florida. “That was the beginning of 25 wonderful years in this industry,” she reports.

Three years at Gulf States CU were followed by five years at Seminole Schools Federal Credit Union where Dang rose to VP/operations before departing for Addition Financial. Several years later, Dang would spearhead a merger that brought $38 million Seminole Schools FCU into the Addition Financial fold, even serving as interim CEO for her former credit union to facilitate the transition.

Dang’s first position at Addition Financial was director of member services, responsible for the CU’s 10 branches and contact center. (The organization has since grown to 24 branches, with more on the way.) One of her first tasks in that job was to determine why the organization had never met its 90% member satisfaction goal.

“This is where my analytical side came into play,” recalls Dang, who used phone-based and in-person mystery shopping to identify service deficiencies. “We discovered there were three simple things that were being commonly missed—establish eye contact, smile and ask, ‘How can I help you?’”

Once those oversights were rectified, the improvement was immediate. “In my first year, and for the first time ever in the organization, we met our membership satisfaction goal with 93%,” Dang reports.

With the aid of these tools, employees were able to up their game and achieve 100% improvement in CLDI sales results. “That was a testament of how an employee-centered culture with effective communication can promote employee performance and excellence,” Dang says.

Dang earned her MBA from Rollins College in 2010, which propelled her into increasingly higher roles at the CU: SVP/member services and special projects, SVP/projects and electronic services, and finally chief development officer in 2017.

In this role, Dang oversees project management while also being responsible for marketing, community engagement, leadership and talent development. “I’ve been blessed to work in multiple areas, learning many different aspects of the credit union,” Dang says. “That’s what I love about this job—it’s given me well-rounded experience.”

A Commitment to Youth

The youngest of eight children, Dang was born in Vietnam. Her family moved to the U.S. when she was 5 years old. Her husband, Steve Vo, is the oldest of nine children. Together, they have two daughters—Ashley, a Sophomore at UCF, and Linsey, a high school sophomore—as well as 33 nieces and nephews, and 13 great-nieces and great-nephews.

As such, it’s no surprise Dang is strongly committed to furthering youth and education-related causes. Under her leadership, Addition Financial launched a student-led high school branch program to provide real-world financial experience to young people. Currently there are nine such branches, with plans to increase that number next year.

“We’ve always had a big focus on youth because of our strong relationship with the school system,” Dang reports. In keeping with this focus, the CU has introduced several youth-oriented programs. One example is Fun Bucks, which encourages students to save by offering incentives of up to $100 per quarter.

Dang also serves on the boards of Junior Achievement of Central Florida, Valencia College Foundation and UCF Alumni. She is equally committed to advancing opportunities for women as exemplified by her involvement in the Global Women Leadership Network, serving as co-chair of the Florida chapter.

One important lesson that Dang has learned in her career is the impact of working collaboratively with others. As a leader, she strives to ensure that her team likewise sees the value in collaboration as a means of achieving success.

“Collaboration tears down siloes and promotes healthy employee relationships where differences are valued, encouraged and supported,” she says. “Having a variety of knowledge and skills on a team creates a pool that is vast, more competent and more experienced. Different backgrounds serve to leverage each other’s strengths and support each other’s weaknesses. The end result is not just a balanced team but an elevated team.”   cues icon