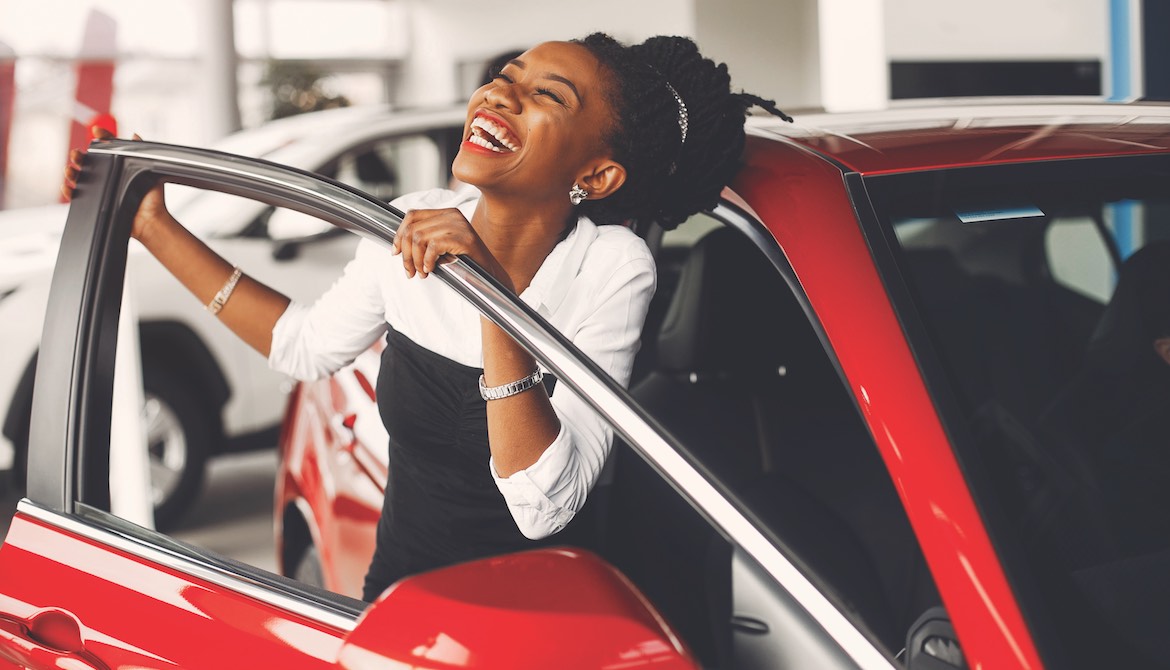 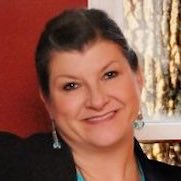 Car prices are going up—with average cost of a new vehicle reaching $37,000 in 2019, according to Kelly Blue Book. In response, consumers are buying more used cars. They’re also holding onto their cars longer—on average 11.4 years, according to R.L Polk—before buying another. And they’re looking for loan options that create monthly payments they can afford, plus easy applications.

According to data from Equifax, Atlanta, “the number of loans originated is relatively stable, yet loan balances continue to increase,” notes Jenn Reid, VP/automotive marketing and strategy. “This is slightly different from leases, which are showing a falling number of lease originations but a more moderate rise in balances issued.

“These numbers indicate that the automotive market in financing originations has been stable while the amount financed has increased throughout 2019 heading into the final months of the year. The rising balances are most likely a result of a stronger shift to trucks/SUVs when shopping.”

In all, car loan growth for CUs in this environment has been moderate. At this writing, Callahan and Associates’ Trendwatch Report shows modest growth in Q3 2019 of 2.3% for new vehicles and 12.5% for used. The report also confirms a slowdown in overall auto finance market share for CUs, down 2%.

Interestingly, some experts say, direct and indirect auto lending could get a bump if leasing takes more of a back seat long term.

All that’s just a discussion of the challenges of today’s auto loan market. The larger economy also plays a role in members’ auto lending needs.

Interest rates, though slightly higher today than in the past decade, should remain low for the near future, at least throughout 2020, predicts Tim Kelly, president of Houston-based Auto Financial Group. If there is a rate increase, it could slow the auto market down and make it more difficult for consumers to buy cars.

Buyers also may try to spread their payments out over more time, making each payment smaller and easier. “Rates impact buying power from a monthly payment perspective, and buyers are choosing longer terms,” Lynn says. “At Auto Expert, we explain as best we can that rates, on average, are still lower at the CU than the dealer by a full two points. Dealers make a lot of money marking up rates. So, member education continues to be extremely important.”

Rates have come down since the start of 2019, and the forecast is for them to maintain their current levels, adds Michael Buckingham, senior director automotive finance for J.D. Power, Costa Mesa, California. Consumer sentiment is also very positive in the U.S., but not as strong in Canada.

An overall economic recession is also likely, the experts agree. How deep it will go and when it will happen is much less sure, though most see it holding off until after the U.S. presidential election in 2020.

“It’s hard to argue with an inverted yield curve when it comes to predicting recessions,” Kelly says. “And with the possibility of a recession, some auto dealers are cutting inventory. However, the severity and length of an economic slowdown should be short-lived, and nothing like we saw in 2008.”

Regardless of how these auto lending and overall market scenarios play out, it seems likely that CUs will be able to guide their auto loan portfolios to success by focusing on new and tried-and-true strategies based on the goal of serving their members.

Buckingham underscores the idea that as vehicle prices increase, consumers will continue opting for longer loan and lease terms to aid affordability. New vehicle loan terms of 72 months or more are part of almost 70% of all transactions in the U.S. and of almost 80% of those in Canada. Terms of 84 months or more now comprise 15% of U.S. loan deals and more than 50% of those in Canada.

“Consumers on average have lower equity on the trade-in, and the loan-to-values are continuing to rise,” continues Buckingham. “Now, close to 60% of consumers in both markets have a new vehicle loan equal to or greater than the value of the vehicle.”

However, taking loans with longer terms to lower their payments can create a negative equity situation for many borrowers, says Kelly.

“A proliferation of off-lease vehicles is currently fueling used and certified-preowned car sales,” he explains. “Meanwhile, residual-based financing options [for the residual value of a car at the end of a lease], like our walk-away balloon lending and leasing programs, account for about one-third of all new car financing nationwide.” Such programs reduce consumers’ monthly payments by letting them pay off a part of the principal during the term of the financing. When all the payments are made, the borrower pays the lender a lump sum or “balloon payment” for the difference.

Stretching loan terms is not good for every consumer—especially if it means “the consumer becomes upside down in his or her loan,” adds Richard Epley, CEO of AFG. The balloon loan programs that AFG offers shorten loan terms and could help likelihood of negative equity.

Steven Roberts, AVP/auto lending for $700 million Ardent Credit Union, Philadelphia, predicts leasing will remain popular and continue to put a strain on both direct and indirect lending in the short term. In the long term, however, he thinks “it’s only a matter of time before the market turns away from leasing. The turn can occur when car values drop on leased vehicles, leaving the leasing company with fields of cars in a negative equity situation.”Roberts describes the history of leasing as up-and-down, due to a continually changing market. “An example is when pre-owned auto sales decline and the auctions are left with a surge of off-lease vehicles. The resale value, in turn, will drop, causing the leasing companies severe losses and pulling back from the program.”

While Ardent CU remains interested in indirect auto lending, Roberts anticipates only marginal growth of its indirect auto lending efforts for 2020. “Instead, we’re focusing on value-added strategies to attract and retain more of our members’ business, including our free Auto Buying Concierge service.”

Roberts explains that the program leverages the terrific service the CU already provides to members and dealers for all types of loans.

“Dealers are looking for more than just the lowest rate,” he says. “They want to know someone is there to speak with, to work through the details of a loan approval quickly. Members, on the other hand, many of whom are working their way through the financing and car purchasing nightmares, depend on our loan officers, who take extra time to discuss Carfax reports, NADA market values and answer other questions.”

Today, the Auto Buying Concierge has become the flagship service that sets the CU apart. It was developed internally two and a half years ago and has received positive member feedback.

“Most folks prefer not to engage in something they know little about, but they don’t want to overspend or make a poor choice,” Roberts explains. “With two former auto sales managers on staff, we have saved our members over $1 million in two years. Others offer search engines and websites to assist people. We offer something different by speaking personally to each person requesting assistance and offering our expertise at no charge.

“It’s also brought us closer to our members during the car-buying process,” Roberts continues. “While we can often save members money, the frequent praise is that they no longer feel vulnerable when entering a dealership. We see greater loan retention, repeat business and new referrals.”

This kind of pre-purchase coaching is also something that Auto Expert provides. “Members often ask us about leasing versus purchasing, seeking the lowest possible payment, and we coach them on the pros and cons. We can often show that with a six-year term, the payment for a purchase is similar to a lease, and overall the member prefers to buy.”

When it comes to being creative in the auto lending marketplace, there’s also “subscription” services, which provide a consumer with a car for a monthly fee that includes insurance. Lynn says the options in this arena are few and cost-prohibitive.

Original equipment manufacturers came out with subscription models as well, only to cancel them shortly after, Kelly notes. “We’ve seen these models enter the market, but the value proposition is still not as good as a short-term lease or balloon, which we believe provides a better alternative for the consumer.” Still, he says, watch for more subscription services to enter the market.

The Role of Online and Mobile

Enhanced auto loan applications and approvals via online and mobile channels continue to be critical in evolving loan models. And whether relationships are built in person or online, strong member connections will drive long-term success.

Online tools will only become more important and prevalent in the auto loan process, says Epley. “Most car buyers are looking at vehicle prices online before going to a store; they’re more informed than ever. As a result, car dealerships have become more competitive on price, shifting the focus to F&I and their service departments.

At Ardent CU, most loan applications come through its website. “However, we’ve upgraded our mobile and online loan functionality to provide a better loan experience for members,” says Roberts. “These upgrades allow mobile users to view and scroll more easily on their devices and present pre-approvals for loan products (like auto loans) through online banking.

“We also give members loan calculators and other convenience tools when applying online,” he adds. “That said, the one-on-one experience with a loan officer is still preferred. The world is electronic, but people appreciate the personal attention and high touch of our team. So, finding a service niche is imperative.”

Success, concludes Kelly, will hinge on member satisfaction, maintaining market share and differentiating a CU’s brand. “Credit unions should ultimately view success not only as increased market share but providing impeccable service to their members and remaining at the forefront of their value proposition.”