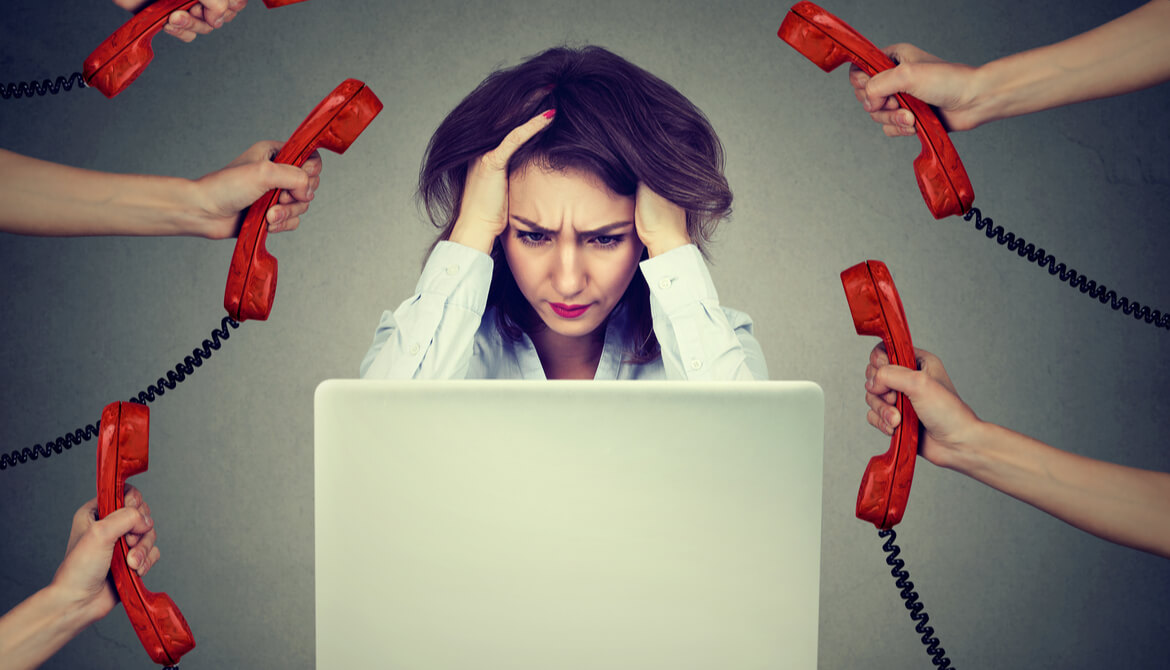 Follow these three principles to increase organizational performance without getting mired in a never-ending cycle of problem-solving.

In 2007, on the cusp of the great recession, I became the executive director of one of the largest government agencies in Utah. Little did I know the critical lessons I would soon learn about knowing which problems to solve and which to put on the back burner or ignore.

Not surprisingly, the agency’s workload skyrocketed as the recession worsened and people sought out support services. Problems were coming at me from every direction.

Only when I learned to distinguish between the two different types of problems—those to solve and those to disregard—were we able to recover and excel.

We were so successful, in fact, that I ended up running the Governor’s Office of Management and Budget for eight years. In that time, Utah consistently ranked as one of the country’s best-managed states. During my career, I’ve learned that problem-solving isn’t as simple as it seems—it requires a specific mindset and specific tools.

The Principles of Increasing Performance

1. Achieving a goal is different from eliminating a problem. Problems are often annoying, time-intensive and urgent. Eliminating problems provides relief, but as tempting as it is to address every problem that arises, doing so doesn’t lead to breakthrough results. It's like getting your car fixed: You’ve eliminated the problem, but the repair just nets you a working car. It doesn’t provide you with a fundamentally new mode of transportation.

By contrast, achieving a goal requires that we create, not just eliminate. We have to confront uncertainty and develop solutions currently outside our skill set or understanding. Setting clear and ambitious targets forces us to confront the gap between where we are and where we want to be. It is in that gap where opportunity resides. Eliminating problems may smooth the journey, but it won’t bring you to a new destination.

2. A problem is only a problem within the context of the goal. In 1947, Chuck Yeager achieved his goal of traveling faster than the speed of sound. This very clear goal revealed to him and his colleagues that the problem was overcoming the sound barrier. As the plane flew faster and approached the speed of sound, it produced sound waves. Those sound waves built up in front of the plane, compounding with time. The accumulation of sound waves created what we now call a sound barrier. This barrier made the plane unstable, caused drag and prevented Yeager from achieving his goal, initially. Building a plane that could withstand the sound barrier thus became the new—and very clear—problem to solve.

3. Start by stopping. Our time and resources are finite. We can’t solve every problem that comes our way. Once we face this reality, we can clarify what we need to stop doing. In my experience, organizations and teams implement far too many changes that solve the wrong problem.

If we follow the first two principles, knowing what to stop becomes easier, but it isn’t a given. Possible solutions can be seductive and give us the illusion of making progress. I’ve seen teams and organizations try the same “solutions” repeatedly without understanding which problem they’re really trying to solve. In fact, I saw these patterns so often, I dubbed them “The Seductive Seven:”

Organizations may launch data integration and dashboards without being clear on what questions to answer. Or a team may push to “go digital” without understanding what limitations this effort would remove for members. Or management may roll out a new training program to improve employee performance while failing to understand why the existing system makes it difficult for employees to make the right choices intuitively without needing more training.

Following these three principles set us well on our way to solving what seem like impossible situations. They allow us not just to keep the trains running or make modest improvements, but to excel and stand out in an increasingly noisy marketplace.

Kristen Cox is the author of Stop Decorating The Fish: Which Solutions to Ignore and Which Problems Really Matter. For more information visit www.StopDecoratingTheFish.com