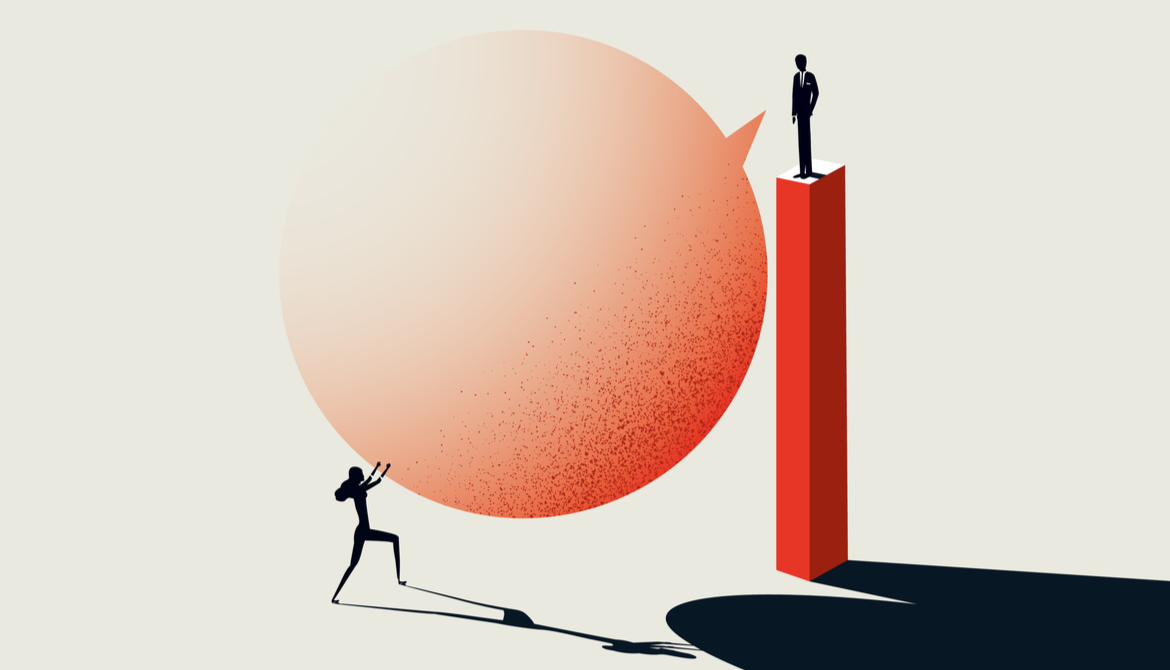 In the boardroom and everywhere, it’s important to hear all voices.

I was recently facilitating a retreat for one of our credit union clients when one of the board members—a male board member—started going toe-to-toe with me on the subject of good governance. Really? I thought to myself. Okay, let’s go.

I’ve been a professional in the national not-for-profit sector, focusing on governance, strategy and C-suite management issues, for almost 30 years. And I’ve been working specifically in the area of credit union governance for almost a decade. I’ve probably interviewed more credit union board members than, well, most everyone, and I’m an author of The State of Credit Union Governance studies published by CUES and Quantum Governance. I help assess and review governance data from 50 or 60 credit unions every year … every year.

Now, I’m not trying to boast. But I am saying that I know my way around a discussion on credit union governance. Apparently, however, my male client knew more.

The term mansplaining is relatively new—it first appeared in a Los Angeles Times piece in 2008—but the concept, of course, is not. The phenomenon of mansplaining is so common that it even now appears in the Merriam-Webster Dictionary and is officially defined as “when a man talks condescendingly to someone (especially a woman) about something he has incomplete knowledge of, with the mistaken assumption that he knows more about it than the person he’s talking to does."

For many women, mansplaining is a frustrating, recurring part of their professional lives, regardless of their position or tenure. While some may be tempted to call mansplaining a mere annoyance—or invoke gendered stereotypes that women are “too sensitive”—the impact of mansplaining behavior goes much deeper than words. In the boardroom, it can be a clear signal that a board member’s expertise is discounted and, according to the Society for Human Resources Management, it can even affect the way board members are nominated and selected for committees or leadership roles.

Mansplaining in the Credit Union Boardroom

So, why is this particularly relevant among credit unions?

We know that credit unions have made significant progress in diversifying their boardrooms, especially as compared to other sectors: 36% of credit union board members are women, whereas women hold only 25% of board seats in Fortune 100 companies, according to a 2018 report by Deloitte and The Alliance for Board Diversity of America. Yet, even at 36%, women are still significantly underrepresented in our credit union boardrooms, which remain male- (and white-) dominated spaces. Much more work remains to be done to improve gender diversity in the boardroom to ensure that boards truly reflect the communities they serve.

As most women know, mansplaining happens everywhere: It begins on the playground and carries through to the boardroom. But it doesn’t stop there. In fact, the concept of mansplaining is so universal that in 2016, a union in Sweden temporarily set up a hotline for workers to report incidents of mansplaining and seek counsel from professors, authors and other gender experts on strategies for dealing with this condescending behavior! Even the BBC offers a flow chart to help readers identify mansplaining even when they may not realize it’s happening to them!

As we encourage boards to reflect on and improve their own diversity, we know that many credit unions will recruit new directors who don’t necessarily have banking or accounting backgrounds, but who are bright, driven leaders in their fields. They are strategic thinkers who are ready to learn more about what the credit union does. This diversity—both in terms of gender and racial background and also professional expertise—undoubtedly helps advance a credit union’s service to its members not only by ensuring a strong “ear to the ground” but also by deliberately crafting a leadership group that brings diverse experiences, skills and viewpoints all to strengthen the decisions made in the boardroom.

Board members with prior sector experience will, naturally, lead in helping their new colleagues develop a greater understanding of the credit union and their responsibilities as board members. In fact, we encourage it. In offering guidance, however, it’s important to remember that your support should be offered in a way that’s conducive to learning and recognizes your new colleagues’ own talents and expertise versus sharing your own knowledge in a way that is condescending, meant to intimidate and discredit.

Board members of all tenures and backgrounds should approach their role with what David Smith, an associate professor of practice at the Johns Hopkins Carey Business School, calls “healthy doses of humility and a learning orientation.” Smith also notes that a “prove it again” bias that women often experience “questions their competency by having them continually prove that they have the experience and ability to perform. Most men do not experience this bias as it is usually assumed that they are competent, and they are advanced more often on potential.” While this observation is based on his experience in the U.S. Navy, a credit union boardroom—a similarly male-dominated space—can also encourage these dynamics.

How to Move Past Mansplaining

How do we recognize and move past the mansplaining we observe in the boardroom? Smith’s research found that what women most appreciated in male mentors and allies was their capacity to listen—which Smith summarizes as “generous listening with an intent to understand and not fix her or fix her problem.” Recognizing the root impulse for this is also important: “As it turns out, many of us as leaders are socialized to be problem-solvers. We listen to a colleague until we discern the problem and then tell them how to fix it.” (Read more on this from Smith in “More Listening, Less ‘Mansplaining’ Make Men Better Allies to Women Co-Workers.”) In the credit union boardroom, where we find various levels of expertise in accounting or banking, but a steadfast desire to learn, this is equally important for male colleagues to internalize.

What are some other key strategies for creating inclusive, welcoming, and respectful spaces? Arin N. Reeves, Ph.D., of the University of Michigan offers a few suggestions:

We all know that there are challenges to recruiting board members. Don’t make the mistake of not fully appreciating or realizing the full potential of your board members by silencing those voices that will help to further the vision and mission of your organization.