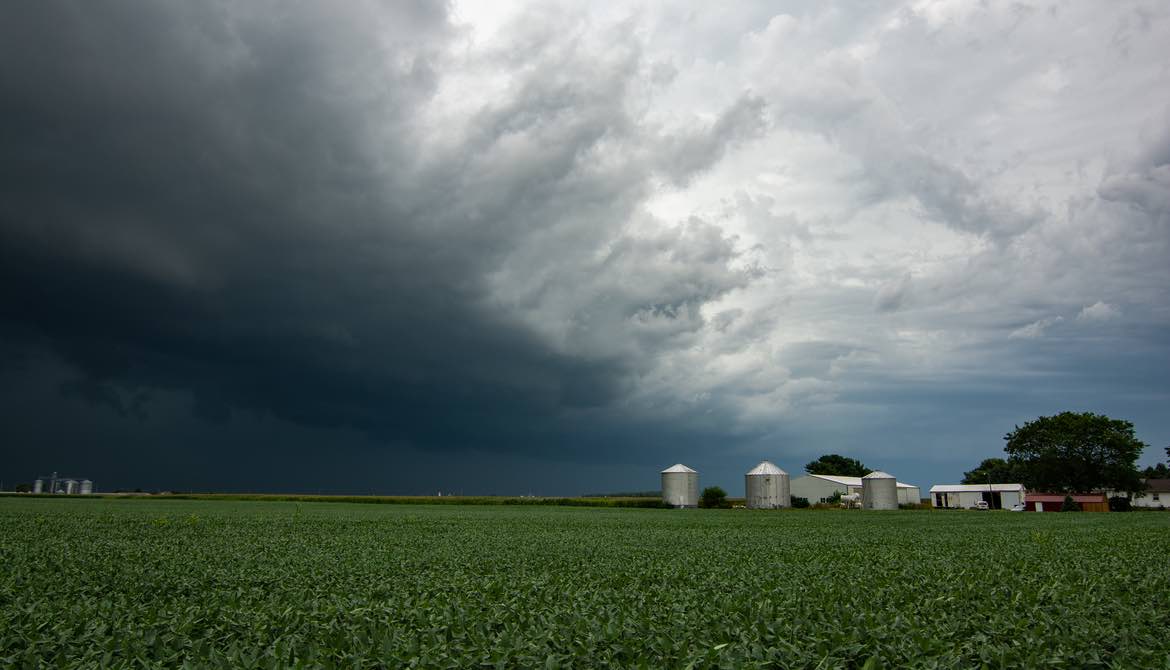 CUES members connect to make a difference for people affected by the storm.

When I woke up on August 10, I didn’t know what a derecho was. But I would by the end of the day.

It started off a normal Monday. I was excited to participate in the African-American Credit Union Coalition’s online conference. The news forecasted thunderstorms for the afternoon. But thunderstorms and tornado warnings are a common occurrence in Iowa during August.

It wasn’t until a little later that I checked the weather radar and saw that a storm was moving across the state’s plains at 70 to 80 miles per hour. Outside my window I could see that the sky did not look good. When my lights started flickering, I called my boss to warn that we might lose power for a little while and I’d not be able to work. The power cut off shortly after that call and we didn’t get it back until two days later.

The storm had arrived. A derecho is a line of intense, widespread, and fast-moving windstorms and sometimes thunderstorms that moves across a great distance and is characterized by damaging winds. They cause tornados and hurricane-force winds. But unlike a hurricane, you don’t have days to prepare ahead of time and secure your house and belongings.

During the storm, trees were bent in half sideways. The wind sounded like heavy traffic on a highway. In some parts of the storm, there were wind gusts up to 140 mph. My husband and I headed to our basement to ride out the storm. By the time we ventured out, it looked like a bomb had gone off. We had a tree down in our front yard and branches on the ground everywhere. Around town we saw houses without roofs, cars driving without windshields and more tree branches everywhere.

But the destruction in my town was small compared to nearby Cedar Rapids, where almost every building within the 75 square miles of the city limits, including residences, businesses and schools were damaged in some way, many of them severely so.

In addition to power lines, the storm took down cell and fiber optics towers, so we were without phone and internet connection as well as power. There were hours-long lines at gas stations and grocery stores, where people waited to purchase prepared food and ice. It felt like the twilight zone.

A month later, some areas are still without power and many remain homeless. And, with more than 40% of the state’s corn and soybean crops damaged, the destruction costs to Iowa’s homes, farms, businesses, livestock and crops are estimated to be in the billions.

Looking for ways to help, I reached out to my credit union friends and volunteered at a distribution center in Cedar Rapids where an old warehouse was packed wall-to-wall with donations. I helped people figure out what they needed and sent “shoppers” inside the warehouse with the list of necessities including toiletries of all kinds, baby supplies, tarps to cover holes in roofs, food, toilet paper, propane for lamps and generators, and more.

I watched cars upon cars drive up to drop donations. That was amazing to me. We helped people from all walks of life, including those who have never had to ask for this kind of assistance before. It was humbling and heartwarming to see the level of community of people helping neighbors and friends, including a group of teenagers, who came from around the state to volunteer.

Not surprisingly, in true people helping people fashion, credit unions have stepped up to assist members and communities in a variety of ways:

Alliant Credit Union, Dubuque, Iowa, is offering a low-rate emergency personal loan to members impacted by the storm and supporting Alliant Energy’s Project ReConnect to fund electrical repairs that will restore power to some of our most vulnerable customers.

Linn Area Credit Union, Cedar Rapids, is offering a disaster relief loan. The CU had damage at all five of its locations, including extensive data to its main office. The CU’s CEO, CUES member Jenny Lorenz, suffered severe damage to her house. But the CU was open using generators at all offices, the day after the storm.

There are lots of other ways to help support the Iowa communities hit the hardest. Please visit the following websites with donations or any other support you can provide. Your Iowa credit union friends thank you!

Trish Kron is the CUES director of sales & member relations for the Midwest. Trish is based in Iowa, where she acts as a liaison between CUES and credit unions in Illinois, Indiana, Iowa, Kentucky, Michigan, Minnesota, Missouri, Ohio, Tennessee and Wisconsin.