Lending in the Fast Lane 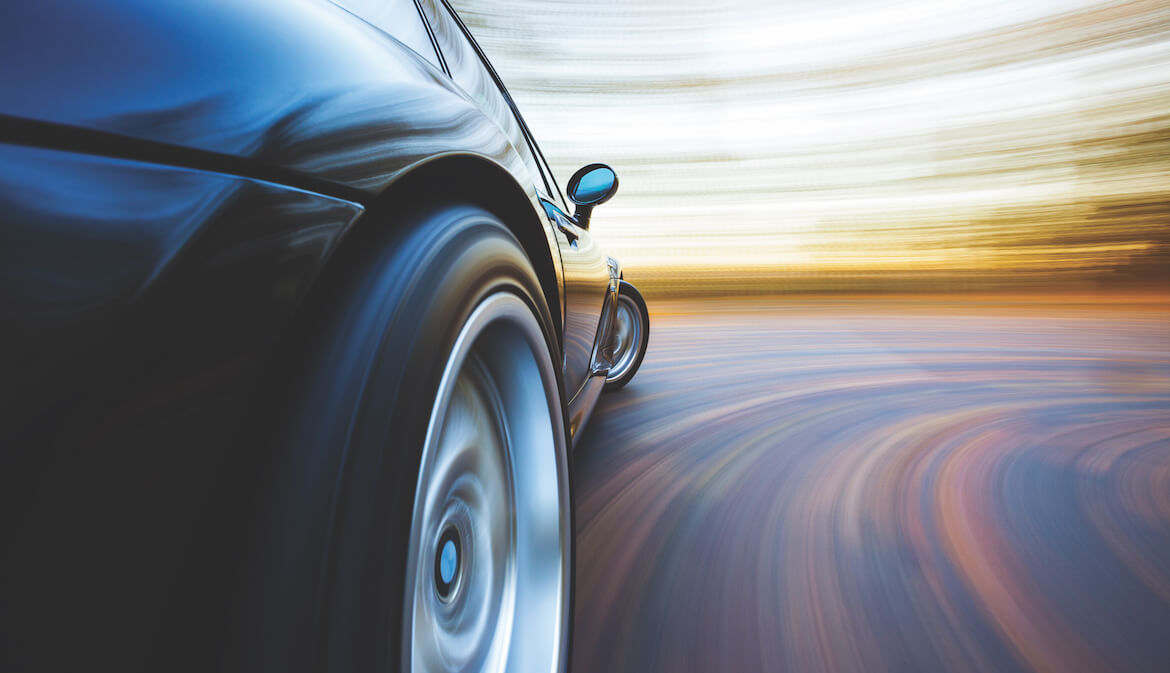 Landing auto loans may depend on how well your automated credit decisioning engine performs.

As automobile loans become increasingly prized assets and as the process for getting them becomes increasingly dealer-driven and automated, CU leaders are finding that if they want to succeed beyond a small scale, they need to use an automated credit decisioning engine. And that engine needs to operate at an optimal level or their efforts could be futile or disastrous.

Because car loans are still a profitable consumer lending product, according to Christine Pratt, senior analyst at Aite Group, Boston, competition is high; the biggest banks and finance companies are pushing to get their share. Slick technology, combined with a surge in people buying cars and trucks, has created an explosion in indirect lending that flows through automatic credit decision engines.

This fine-tuned marketplace leaves little room for lenders to get by with suboptimal technology, Pratt notes. “For lenders, securing significant shares of dealerships’ auto financing has required major IT upgrades in features and functionality,” she writes in “U.S. Indirect Auto Finance: No One Does IT Better, Part Two,” a 2015 research report that identifies the most popular auto loan origination system providers.

“This is because the customer is the dealer (not the consumer) and the lender’s success in securing auto contracts hinges on fast, flexible, totally automated origination processing (including e-sign and e-contracting), a competitive interest rate (including dealer incentives), and the functionality to electronically deliver impediment-free closed loans to servicing solutions,” she writes.

Indeed, an automated credit decisioning engine is critical to the success of $1.2 billion Evansville Teachers Federal Credit Union, Evansville, Ind., which accepts about $1 billion in indirect automobile loans annually. The CU drops close to $400,000 worth of these loans into its diversified portfolio and sells the rest, retaining servicing on about $1.8 million, explains Sara Robinson, VP/consumer lending. For this CU, originating indirect auto loans is a profitable line of business as well as a source of assets.

In the car dealership world, sales reps sell vehicles, finance managers arrange financing and get the paperwork signed while the buyer waits for 10 to 15 minutes for the transaction to wrap up. Dealers submit credit applications on one of two industry networks: Dealertrack or Route One, Robinson explains. Lenders, including CUs, access those networks, approving or denying the requests submitted by dealers based on the lenders’ credit standards and asset allocations.

If lenders like what they see, the loan is approved. If the dealer likes a lender’s indirect program, it gets the loan. But the process is so fast it often has to bypass human review and underwriting. Typically, the buyer is signing the loan agreement a few minutes after the loan application is submitted. So credit unions that want to land indirect auto loans in any volume need a fast and sophisticated system that mimics the decision-making process of savvy human underwriters, Robinson points out.

Robinson says that Evansville Teachers FCU has worked with TCI, Islandia, N.Y., for as long as she can remember, so she can’t discuss different vendors. But she underscores that a vendor has to have reliable systems (minimal downtime), multiple underwriting options from which the lender can choose, a real-time connection to the dealer, and responsive systems that let the lender set and tweak its credit standards.

Optimizing a CU’s chosen credit decisioning engine means maximizing the number of loans accepted while minimizing the number of delinquencies and write-offs. The CU’s underwriting team must carefully set the parameters for an acceptable loan. A credit score and debt-to-income ratio are obvious starting points, but a careful human underwriter or an effective automated decision engine will consider many other borrower characteristics as well. Evansville Teachers FCU has more than 30 that it uses to identify qualifying loans. If a potential loan clears all the filters, it is approved automatically by the engine and relayed to the dealer as approved.

Loans that don’t clear the filters are stacked up for manual review by the underwriting staff. Currently Evansville Teachers FCU automatically approves about 15 percent of the loans that come in through the TCI conduit. “It’s where we want to be, and it’s where we’ve been running most years,” Robinson says. It’s possible to program the engine to automatically decline some loans. “We aren’t doing that at this point, but we’re considering it,” she reports.

Credit standards are critical. If you have too many or set them too tight, you can pinch off the potential volume, Robinson warns. If you set too few or set them too loose, you can have credit losses that wipe out your profits.

For CUs new to indirect, there’s some trial and error involved in getting the parameters just right, Robinson says, but veteran players have pretty much done the trials, fixed the errors and arrived at parameters that continue to work well year after year, she notes. Of course, the economic environment is dynamic, and CUs can’t just set it and forget it; Evansville Teachers FCU has found that it doesn’t have to tweak very often. Even in the rocky economy of 2007 and 2008, the CU didn’t make large adjustments to its parameters, she reports.

Evansville Teachers FCU is in the process of adopting version 4.0 of its TCI system. With it, the CU will be able to make changes to the TCI system directly, effective immediately. While Robinson doesn’t expect to make frequent changes, being able to do so directly will be an important improvement over having to send them to the vendor and wait for it to implement them, she says. “With (version) 3.5, it was possible that we could change our standards but continue to accept loans we didn’t want until they made the changes effective.”

Evansville Teachers FCU did make one tweak recently, Robinson says. It increased the number of trade lines (sources of credit) an applicant must have to six from four. “We’re not running a first-time buyer program, and we want to see several trade lines before making a decision,” she explains.

Once a lender is awarded a dealer’s contract, it still has to fund the loan, and that means reviewing the loan document prepared by the dealer and signed by the borrower. The contract could arrive the next day if the dealer is local, but usually takes one or two business days, Robinson explains. “It’s not our contract until we pay the dealer,” she points out. Once the CU gets the contract, it must move quickly to confirm the borrower’s identity is legitimate. But the time is short because dealers want to be funded quickly, and a lender will lose favored status if it is slow to fund, she notes.

Speed in responding to dealer applications is critical, underscores Barry Kirby, vice president of TCI. “Whoever responds first is most likely to get the loan,” he notes. “Dealers want to close the sale quickly. They aren’t going to hold up the buyer while they wait to see what additional bids come in.”

More than the bidding process is automated, Pratt points out. Compliant e-documents whiz through the virtual atmosphere, collecting e-signatures. Closing the financing part of the sale quickly is now expected, she notes, and attention has shifted to how fast the lender gets the money to the dealer. Something that once took 60 days now normally happens in 24 to 48 hours, she says. Other things being close to equal, dealers will see that quick funders get the loans.

Reports are critical tools, too. A CU manager can order a TCI report, for example, that shows all of the indirect loans that the CU bid on and lost, and which were from members. With this report in hand, a CU can target refinance opportunities, explains George Nagrodsky, chairman and co-founder. CUs can also run a report that analyzes what would have happened to past bids if one standard or another had been tweaked this way or that, he adds. This allows CUs to create models and run real data from previous periods through it.

Even simple adjustments to decisioning rules can make a real difference, notes Michael Cochrum, head of the Lending Advisory Services at CUES Supplier member CU Direct, Ontario, Calif., a national dealer network that also provides automated credit decision software to CUs. CUs decision approximately 90 percent of their indirect automobile loans manually, while the big national lenders make more than 80 percent of their decisions automatically, he points out, which means that the big players make faster credit decisions and, as a result, get more loans.

To increase automation safely, start with the loans that are approved manually 100 percent of the time, Cochrum advises. Loans with two borrowers (husband and wife, parent and child) are fertile ground. Cochrum has found CUs that will not auto-approve a loan if one of the borrowers is delinquent on even one credit line or if one borrower has a credit score below 600. They kick those loan applications out for manual underwriting. But if one of the borrowers has a credit score higher than 700 or has no delinquencies, they will always approve that application. So change the rules to clear these loans through the credit decision engine, he recommends.

Consider a couple buying a car. The wife’s debt-to-income ratio based on her part-time job might be high, but the husband’s could be fine, Cochrum illustrates. The high ratio could mean that the application gets handled manually, but the low ratio might mean that the loan gets approved. Refine the rules to respond to such situations. And let the engine auto-decline the loans that will never be approved manually—instead of wasting a person’s time rejecting it. “Some credit unions hate to say no automatically, but you need to free up underwriters’ time to look at the truly marginal applications,” he suggests.

Chessie Federal Credit Union, Cumberland, Md., takes a different approach. The $260 million CU also does automated indirect lending—4,449 indirect loans worth $78.5 million since 2012, all retained in its loan portfolio. But it has been reluctant to turn the final decisions over to algorithms and parameters. Only 2 to 3 percent of the approvals were made by a decisioning engine, reports Richard “Doc” Daugherty, president/CEO.

Instead, Chessie FCU has built a more personal hybrid, based on a network of 51 dealers in Maryland, Pennsylvania and West Virginia and a speedy manual review by underwriters—typically under 15 minutes, reports Melvin Ritter, Chessie FCU’s VP/lending.

The CU went from faxing paper back and forth to dealerships in 2002 to drawing applications from the dealer networks (DealerTrack and Route One) to using a TCI product to aggregate and standardize the input, and then, in May 2012, to using an even more full-featured TCI product to get “something more flexible that we can customize,” he notes.

To optimize its income, Chessie FCU is trying to cut back on incentives it has offered to dealers, ready to lose some business, Ritter says.

While all lenders use essentially the same data in similar credit decisioning models, the outcomes will depend on the lender and its culture, notes Deniz Tudor, a director in the consumer credit analytics division of Moody’s Analytics, New York. “Credit unions are less profit-driven,” she says, “and may be more inclined to tweak models or overrule them in order to help a long-time member who may be struggling temporarily.”