A Vision for Professional Development 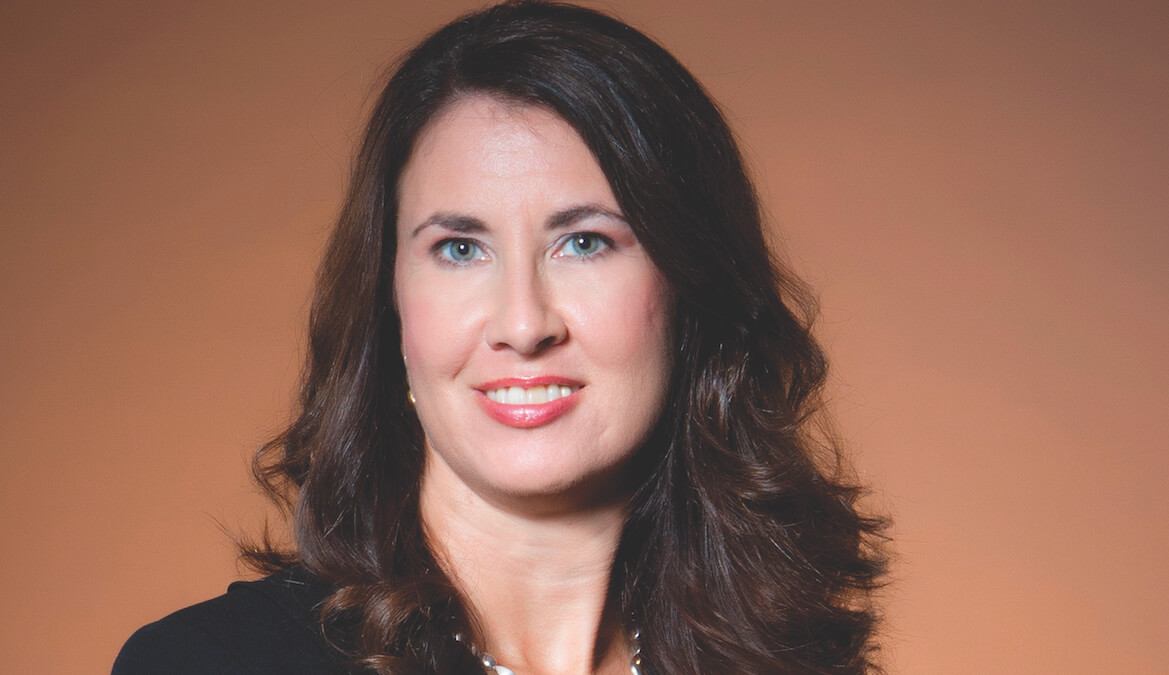 2016-2017 CUES Chair Steph Sherrodd has a passion for supporting the learning of her staff and executives in our industry.

It takes a strong vision to be a truly great leader. That’s what Stephanie Sherrodd, CCE, brings to the table as president/CEO of TDECU, a $3 billion credit union based in the Houston suburb of Lake Jackson, Texas. Sherrodd, known to friends and colleagues as “Steph,” has a vision for what she wants TDECU to accomplish under her leadership. As a result, the CU has done exceedingly well.

“I’m focused on outcomes,” says Sherrodd, a CUES member. “As a purpose-driven organization, TDECU has the luxury of being focused on long-term outcomes for our members, but we accomplish this through a series of integrated short-term plans and initiatives.”

TDECU is the largest CU on the Texas Gulf Coast, serving a total of 250,000 members with a service area that encompasses Houston and Dallas. Sherrodd’s outcome-oriented focus has propelled TDECU’s growth. For example, she saw that growth opportunities were possible by investing in new technology and opening new locations. She also had the foresight to strengthen the CU’s partnership with the University of Houston by pursuing the naming rights for its football stadium. This has given greater recognition and visibility to TDECU in the Houston area.

“Over the past few years, we’ve made these investments in TDECU, and as a result, we’ve grown from $2 billion to our current asset size of nearly $3 billion in about three-and-a-half years,” Sherrodd says. “And our TDECU board was instrumental in making this happen.”

Sherrodd knows the value of a good board. Named to the CUES Board of Directors in 2013, she has now taken on the pivotal role of board chair. Since joining the board, she has appreciated the dedication and interaction among directors that has helped propel the organization forward. “The CUES board (members) know that our respective employees are our greatest asset. So, we share a passion for professional development and also have a passion for what CUES has meant to the support and development of our industry.”

That passion for professional development resonates with Sherrodd. In fact, her own development has been critical to her stepping into the role of CEO. Starting at TDECU 12 years ago in the roles of VP/retail delivery, she became VP/diversified services and then VP/chief operating officer, working closely with then-CEO Edward Speed.

“I was fortunate to work for a leader who believed in employee development and advancement and provided the resources to make it a reality,” Sherrodd says.

During her time at TDECU, Sherrodd began to show her leadership acumen. In 2011, Credit Union Times named her a “Woman to Watch.” And in 2012, following Speed’s retirement, she was named to succeed him as TDECU’s CEO.

Sherrodd first learned about CUs growing up a small town in Wyoming. “My parents were credit union members,” says Sherrodd. “They belonged to what I would describe as an ‘old school’-type credit union. My dad worked at a mine and refinery, and the credit union’s only location was an on-plant site. This was before they had debit cards, so it was a really big deal when they opened up a branch in town because it meant we didn’t have to wait for my dad to go to work ... if we needed to make a transaction.”

Sherrodd first worked at a credit union while at the University of Wyoming. “Warren Federal Credit Union (in Cheyenne) was looking for an intern,” she recalls. “I already knew what a credit union was, which was very helpful in the interview and probably the reason I got the position. It was a paid internship, so that was huge. I spent my summer doing their first member survey.”

Sherrodd completed her education at the University of Wyoming, earning an undergraduate degree in marketing and returning for her MBA. After obtaining her undergrad degree, she worked in retail elsewhere in Wyoming. Eventually she had the opportunity to work at Warren FCU, where she had interned. “While working at the credit union, I had a number of different roles—HR, lending and eventually COO,” she says.

At the time of her employment, the asset size of Warren FCU (which has since changed its name to Blue Federal Credit Union) was under $100 million. “But I was looking for an opportunity at a larger credit union, and I also wanted to be a CEO someday,” Sherrodd recalls. “I had the opportunity to come to Texas, and it’s been great. I’ve really enjoyed living here and raising our family here.”

As she moved through the TDECU ranks, Sherrodd prepared for the CEO position by participating in CUES’ CEO Institute (cues.org/institutes), earning her designation as a Certified Chief Executive in 2008.

“I had the opportunity to learn from others in the industry, and I continue to network with them years after attending the school,” she says. “... it was excellent preparation for taking on the role of CEO.”

As CEO, Sherrodd practices what she learned from her predecessor by focusing on helping her staff—all 750 employees—to reach their full potential. “By investing in people, you’re also investing in the organization. That’s always been important to me. We’re very focused on development at TDECU.

“The partnership with CUES is a natural for us. CUES likewise focuses on professional development,” she says. “We want to be that resource for leaders asking, ‘How do I prepare my team?’ We want to make sure CEOs and other executive leaders know what’s available at CUES.”

At TDECU, employee performance is tied to development. “We use development road maps,” Sherrodd says, “in which we work with employees to outline their goals and map out the training that is associated with reaching those goals.”

Oftentimes, this includes giving employees a “stretch assignment.”  “For example, if you want to deepen your career and you work in marketing, have you thought of asking to be considered for a role in lending for a couple of years? It provides background in a core business area ... and can support individual skills in marketing once you return,” Sherrodd says.

“This type of development leads to more well-rounded employees who are able to bring more value to interactions with TDECU’s members,” she notes.

Sherrodd’s team appreciates her focus on development as well as the way she empowers employees to achieve. “She’s a great boss, a great leader and a great visionary,” says CUES member Chuck Smith, SVP/chief lending officer.

There’s that “v-word” again—vision. “Steph is focused on the future and what is good for the credit union,” Smith adds. “She listens to the employee and stays in contact with what is happening on the front line. She lets you as a business leader run your business. She works closely with us to develop our strategies and then she’ll let you go execute.”

Smith also is impressed by how effectively Sherrodd leads by example. “She never asks you to do anything she wouldn’t do herself,” he reports. “She’s a true servant leader who is always there for the credit union.”

Another important component of Sherrodd’s leadership is her involvement in the community. She continues to nurture the CU’s relationship with the University of Houston—providing financial education, forming partnerships with students and providing internships. She also serves on the boards of the hospital foundation for CHI St. Luke’s at Brazosport, which offers trauma, cardiac and cancer care, and the Advocare V100 Texas Bowl football event.

“I do quite a bit of community outreach and am involved in various community organizations,” Sherrodd says. “I feel it’s important, but I also feel my primary role is here at TDECU. It’s all about balance.”

Sherrodd also strikes a balance between her professional and personal life. She and her husband, Kevin, have two sons, ages 15 and 13. “I am blessed to have a great family,” she says. “We enjoy traveling and spending time outdoors together.”

In addition, Sherrodd has been an avid runner for about 20 years—mostly, she says, to stay in shape and “burn off my extra energy.” This past year, Sherrodd crossed an item off her bucket list when she participated in the New York City Marathon. She spent much of the year training, often in Texas summer heat.

“It’s a real lesson in endurance and preparation,” she says. “I like to have races to train for; they help keep me motivated and out the door at 5 a.m.”

It’s already a busy life, but Sherrodd is looking forward to new challenges as CUES board chair this year, especially as it relates to her passion for professional development. “Regardless of our role or position, we are never done learning and developing ourselves,” she says. “CUES can play a role in how that development comes to life.”