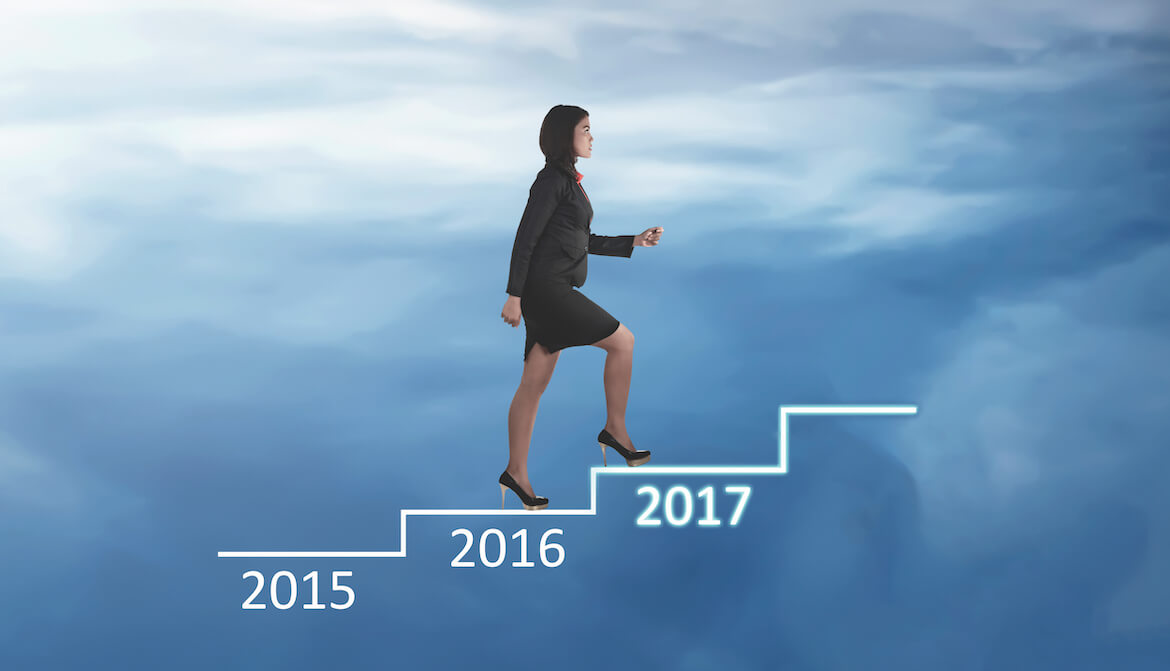 If you’re like most people today, you probably don’t even remember the last time you used a map. Maybe you referred to one in a guidebook when you were last on vacation, but on a day-to-day basis, GPS rules. A voice tells you to turn left in 50 feet, and that’s what you do. It’s easy, convenient, and it works.

For women seeking top credit union jobs, however, taking a GPS-style kind of approach could mean you never arrive.

Planning each step and turn in advance is important for men as well as women. But with fewer role models, the influences of society and, often, home considerations, mapping out a career route—and updating it often—is an absolute must for women.

Few women go it alone. That’s because seeking out mentors—or an executive coach—and taking advantage of their advice is a lot smarter than trying to figure out the best route all by yourself. (Read more about executive coaching in our March issue.)

“You have to seek mentors,” says Rose Rangel, chair of $604 million Generations Federal Credit Union, San Antonio, Texas, and vice chair/past chair of the National Association of Credit Union Chairmen, which now has three female directors on its five-member board.

Mentors’ “expertise can help you determine what you should do and what you shouldn’t do—what steps you need to reach your goals,” she says, noting that Generations FCU’s Vice Chair Leroy Harvey was her professor in a public administration class and has encouraged her to have a plan for reaching her goals, and the determination to follow it. She notes that Charles Smith, chair of $297 million First New York Federal Credit Union, Albany, was instrumental in getting her involved in NACUC.

Sister Societies are local groups of Global Women’s Leadership Network members that come together to exchange ideas, help the local community and share information. The meetings are a great opportunity for leaders to support one another.

“Women need to be there for other women,” Stankovic says. “They need mentors to give them the nudge to go for it. They need to be proactive.”

Stankovic says women don’t come to the table. When her company posts for a CEO position, she says, one woman applies while 10 men send in resumes.

Why such a disparity? Stankovic believes there are three reasons: risk, mobility and a lack of confidence.

Stankovic says women who have attained higher positions have worked their way to the top at one CU, rather than taking the risk of moving to another CU with better opportunities. Plus, women may be more hesitant to uproot their families, wondering if it’s worth the burden. Finally, “women believe they have to be thoroughly, thoroughly qualified,” Stankovic says. “They need to make a realistic assessment of their skills and stop feeling that they’re never ready. They need to get over it and throw their name in the hat.”

To help themselves feel ready, women in leadership need to look at their resumes and ask themselves where the gaps are for the CEO’s seat, says John W. Andrews, executive vice president of Woodlands, Texas-based D. Hilton Associates, a CUES Supplier member where succession planning is a focus.

A CEO’s everyday job requirements include “critical thinking and analysis to make deals,” Andrews says, as well as the ability to focus on activities ranging from cyber security to compliance. Having an MBA indicates that you have those skills, Andrews says. A law degree is just as valuable, he adds. Not having an MBA may not disqualify you for the CEO’s position, but the advanced degree is likely to make you more marketable.

Galizia realized a decade into her career that she wanted to someday hold the top spot at a CU. So while she was working, she also went to business graduate school.

That doesn’t mean that without an MBA you’re completely out of the running or that adding this credential will automatically zoom you to the top of the ladder of success. You also need the kind of education that you only get through experience. That’s where the advice of a successful, experienced executive in the organization, or elsewhere in credit union land, can be vital. (See “A Marvelous Mentor” section, on p. 14.)

“If it’s not your job, volunteer” to get the range of skills you want, Rangel advises. If you find that you’re being passed over because of certain weaknesses, look for a project you can take on to make you stand out. And lobby for the job.”

Andrews stresses that you need to network and put the word out that you’re seeking a mentor. “You can’t sit at your desk and wait for someone to say, ‘I’m going to take you under my wing.’”

Similarly, he says, you have to let it be known that you want to fill in the gaps in your experience. You should ask to be on the ALM committee, for instance.

Get Your CEO’s Buy-In

Getting support from your current CEO can smooth the road, too. If the top executive knows your aims, you may find it easier to get permission to attend CU events and educational forums. Plugging into the right networks is vital, Galizia says, and outside organizations can expand your reach.

Being up front about your aspirations also can help you move around to different departments and broaden your experience. Galizia, for instance, moved up through accounting/finance, and then took on operations.

Worthington likewise didn’t keep her goal a secret. “Early in my career, I made it known that I had ambitions. I let the CEO know I wanted to be CEO. Because of that, I was mentored and got more attention.

“I started working in a credit union when I was 18 years old, as a teller,” Worthington says. She gained experience in lending, operations and finance. “I worked in most departments, except marketing.”

Sometimes the shift was deliberate; sometimes, it just happened. Worthington also spent three years at a commercial bank, she says. “I learned about small business banking. I learned how to call on businesses. I learned how to profile customers for their needs. I learned how to run my branches like they were my own franchises, because the bank used branch-level financial statements to measure performance.”

Worthington says she has steered her way through leadership mistakes. “I learned from other leaders and mentors that mistakes are what you make them,” she says. “I believe that you have to see mistakes as a valuable part of your growth as a leader.”

Eventually, she became CEO of a relatively small CU. When it merged with a like-sized CU, she was appointed CEO of the renamed, much-larger Solarity CU.

Get Commitment to Your Plan

Then there’s the never-assume-anything rule.

“Many women who are doing well in their current positions believe that when the CEO retires, they will move up,” Galizia says. “It’s not necessarily so.” It may not have anything to do with your abilities; for instance, the last CEO may have left a legacy that the board wants to change.

You also may find yourself stymied when trying to take the CEO spot at a large credit union. That may mean accepting the top job at a smaller CU than you have worked at in the past, with fewer resources than you are used to.

“Find the ‘sweet spot’ for you,” Galizia says. She adds that you may try to move up in steps, first going to a slightly larger credit union, then jumping to a really large one, if that’s your ultimate goal.

Meanwhile, the experience you gain facing the challenges of a moderately sized credit union, such as managing growth, will add to your resume. “You may have to take a lateral move to get around roadblocks,” Stankovic concurs.

A variety of experiences certainly leads to having a variety of needed skills.

“I don’t see that there needs to be differences in how women develop leadership skills,” Worthington says. “You have to be strong, capable, competent and deserving.”

If there’s a lack in your experience, you can always hire people who have those skills, she says. But nothing is as important as leadership.

“You have to have vision, inspire others, and sell your strategy,” Worthington says.

Charlene Komar Storey is a veteran credit union writer based in New Jersey.