Cash in a Flash 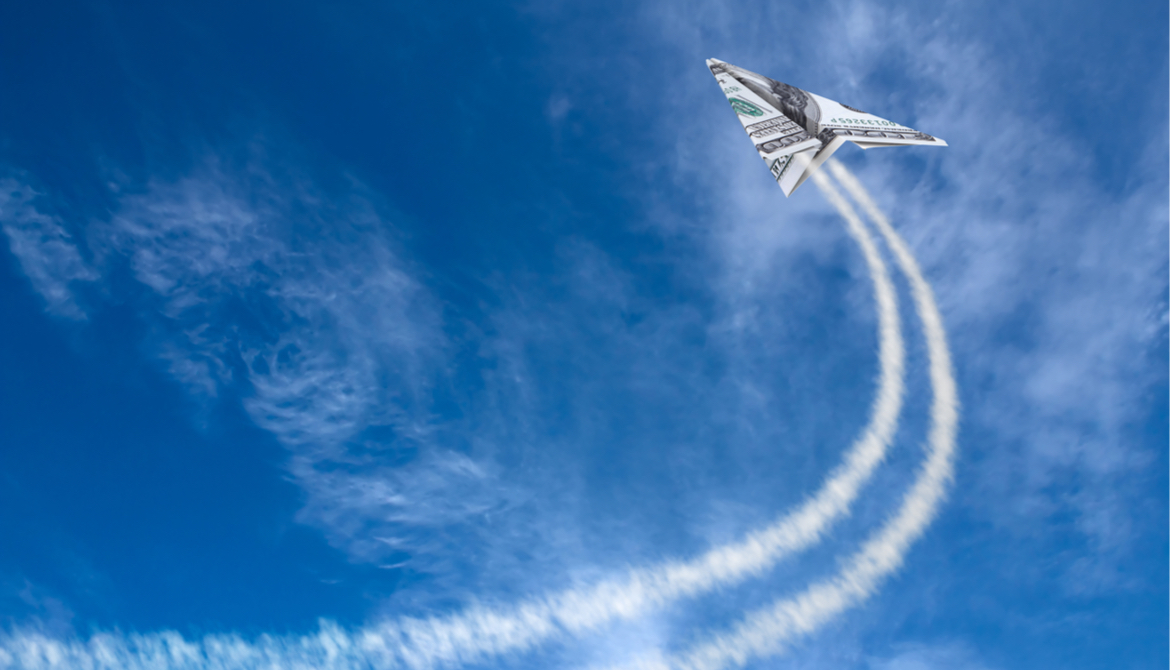 The race to faster payments has begun. In the back of the pack led by fintech providers, CU leaders ponder how fast is fast enough.

As president/CEO of $250 million O Bee Credit Union, CUES member James Collins knows a thing or two about speedy payments. As the father of three members of Gen Y, he has another source of intelligence. His CU channel tells him the real-time payments revolution is out there in an uncertain future. His parental channel tells him the future is already here.

“The kids are all using Venmo,” Collins reports. “They can split a restaurant tab and settle it right there at the table. The cash moves immediately for the users, and the system absorbs the float somehow. They love it.”

At the CU, Collins plays a waiting game. “We looked at PayPal, but we don’t like their terms. We’re waiting for something better,” he explains. Members are not clamoring. O Bee CU, Tumwater, Wash., introduced an expedited bill-pay feature in 2013 to allow members to pay bills faster, but fewer than 25 members out of 25,000 use the service and pay the fee, he reports, saying it’s largely mobile banking users who are interested in faster payments.

So at the CU, he keeps in touch with his core systems vendor (Symitar–A Jack Henry Company, San Diego) and his mobile banking vendor (Softek, Berkeley, Calif.) and waits for a CU solution. “It might be built on same-day ACH,” he speculates. “It might be built on blockchain, if they can avoid arbitrage and satisfy the regulators.”

Slow Growth for Most

That said, Venmo has definitely found a niche among Virginia CU members. “In a typical month, about 4,000 of our members make about 10,000 Venmo transactions,” Wreden reports. But Venmo is not a CU offering, of course, and Zelle, which might someday be a Virginia CU offering, is not yet available.

“We don’t like the P2P solutions we’ve seen so far,” she says, “so we’re waiting for something better. When the big bank partners that built Zelle issue the independent app that we could tie into our mobile banking, we’ll certainly take a look at it,” she says. It would probably be delivered by a systems vendor like FIS, Jacksonville, Fla., which the CU uses as its core system, or CUES Supplier member Fiserv, Brookfield, Wis., which it uses for online banking, she explains.

$6.5 billion VyStar Credit Union, Jacksonville, Fla., currently offers a P2P product (popmoney) that is real-time under the right circumstances, notes CUES member Melissa Thomas, VP/electronic payments and card services. “We feel it’s critical to have a real-time solution members can get from us instead of going to a fintech. We’re preparing to move to Zelle when it’s available. We’re considering how to price it, but we know the fintechs are offering real-time payments free.”

More and more, the online experience involves real-time interaction, notes Peter Olynick, senior practice lead for retail banking at NTT DATA Consulting Inc., Plano, Texas. People expect it when they shop. They expect it when they play games. And they’re starting to expect it when they make or receive payments. A group of friends in a basketball or football betting pool, for example, can settle up right after a game if they all belong to one P2P network, he illustrates. A decade ago, they had to put cash in a jar at work or mail each other checks.

Fast payments are important to small businesses in a more serious way, he points out. A lot of small-business owners run their shops by day and do the bookkeeping at night. They like to see that the day’s payments have posted and that they have good funds to make payments, sometimes right away, he points out. Traditional float might handicap vital business operations. Quick payments keep businesses humming.

Many CU members have come to like the convenience of mobile payments, Olynick notes. Now they want them to happen faster. If they want to see current balances or posted transactions, instant gratification is not a problem for financial institutions with good mobile banking offerings, he explains. But if members want instant clearing and settlement, that takes infrastructure. If it’s a closed system—one ledger on one server run by one provider—payments can be almost instant if both payer and payee have value-holding accounts on the system, he explains—a big if. But open systems require sets of rails to move transactions among multiple parties, and that necessarily slows down the process.

Infrastructure may impede the development of real-time payments, but it simplifies strategic planning for CU executives because CUs don’t build rails. They wait for others to do that. So, as a practical matter, CUs will decide whether and when to pass along faster payment options that show up on the menus of their systems vendors, Olynick predicts. A lot of R&D will be regular conversations with vendor reps.

How close to real-time is close enough? “Payments over the credit card, debit card and ATM rails can appear to be real time, with the back-end settlement occurring behind the scenes later,” Olynick explains. “That sort of works in some cases.”

The illusion of real-time payments may be good enough if the member doesn’t need to use the funds right away. “You can get credit on a debit card or remotely deposit a check and see the credit memo-posted to your account within an hour, but that doesn’t mean you can actually use the funds yet,” Olynick explains. Somebody waiting to pay an overdue bill before a penalty is assessed or a utility is cut off won’t consider it real-time at all, he adds.

Consumers now choose between faster-pay options offered by financial institutions and options offered to them directly by financial technology firms, notes Jeremiah Lotz, VP/product management and innovation at CUES Supplier member PSCU, a payments CUSO headquartered in St. Petersburg, Fla. Some may choose for greater liquidity, but most are driven by the technology and user experience, he reports. Venmo has been quick to market with an attractive user experience and has caught on in a market where transitions usually take time. Now FIs are challenged to offer an equal or better user experience, he explains.

Credit unions are not out of the game. They offer P2P payments tied to bill-pay services through products like Popmoney (as Virginia CU is doing), and through cardholder options supported by Visa and MasterCard, Lotz notes. Cardholders trust and value the relationship with their credit unions, but now are comparing experiences with non-FI-based alternatives. Credit unions are asking PSCU and other processors to keep them informed about market developments, especially two ventures. One, Zelle, is being tested already by the large banks that own it and could hit CU menus within a year. The other, the Fed-sponsored Faster Payments Task Force, is conducting explorations in this space.

Fiserv is a big player riding the Zelle bandwagon. The company has offered Popmoney since 2009 and in 2016 announced an alliance with Zelle provider Early Warning to offer a turnkey version of Zelle. A number of financial institutions that offered Popmoney are transitioning to Zelle, and that’s fine with Matt Wilcox, SVP/marketing strategy and innovation in the Fiserv digital banking group.

“We’re a huge Zelle supporter,” he insists. “Zelle will have a common user experience and brand across all FIs, which are critical components of P2P success. We encourage our 2,400 Popmoney financial institutions to transition to Zelle. We know the transition will take time, so we’ll help them move to Zelle or continue to support them with Popmoney.”

Zelle is designed to capitalize on the soaring popularity of real-time P2P payments, so competing with Venmo is definitely part of the strategy, but not the major driver, Wilcox says. “We want to put financial institutions in the driver’s seat.” Popmoney transactions grew over 30 percent in 2016, with real-time transactions growing 375 percent, he reports.

What’s happening with Zelle via Fiserv right away is a network launch in late June, with about 20 big banks moving live transactions through the network, Wilcox reports. Additional financial institutions (including $16 billion BECU, Seattle) will join shortly after the initial launch. Popmoney users will have a leg up, he suggests, because many are already doing real-time P2P payments with similar architecture and processes. CUs that want to offer Zelle should not sign up now for Popmoney as an intermediate step to joining Zelle, but should go ahead and sign up for the turnkey version of Zelle, he advises. The fees for Zelle transactions will be similar to those for Popmoney transactions, he adds.

There’s real value to speedy payments, something financial institutions have long recognized with premium pricing for wire transfers. The challenge for CUs is to collect the fee for providing the speed, says consultant Richard Crone, head of Crone Consulting LLC, San Carlos, Calif.

“The second biggest source of revenue for recurring billers, after interest, is fees for expedited payments,” he points out. “Now the fintechs have turned that value proposition upside-down with fast, free payments.

“There still are situations where a CU can package services around fast payments and charge for it,” he adds. But whatever solutions CUs adopt will have to appeal to young people. cues icon

Richard H. Gamble is a writer based in Colorado.