Prepared for the Ride 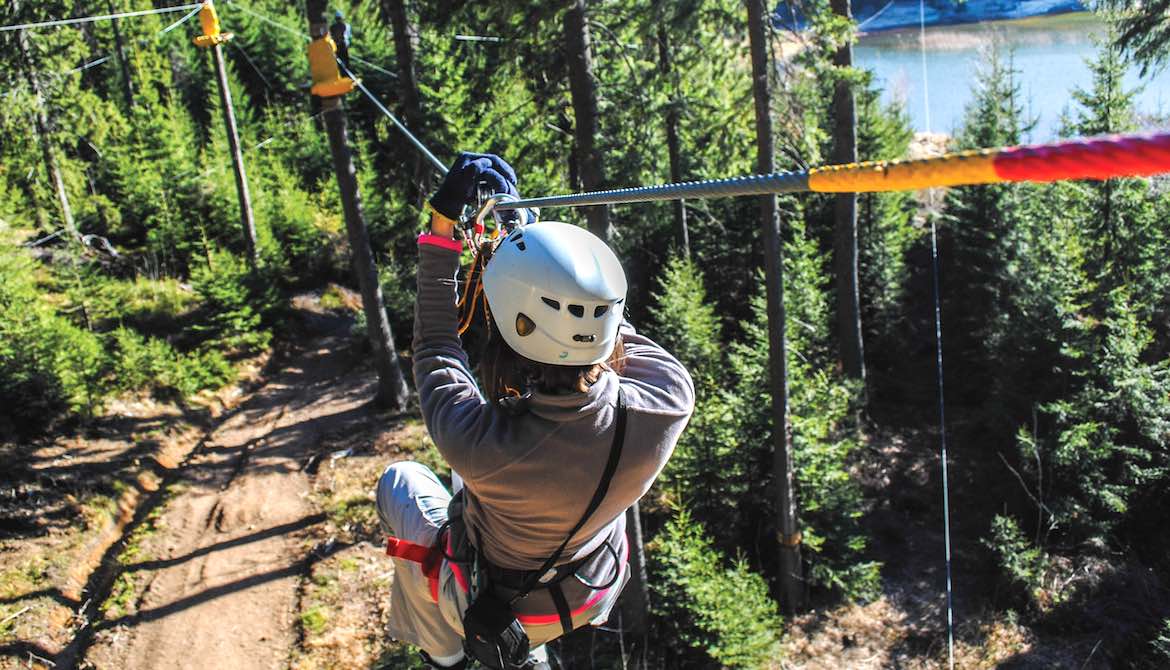 Graduates and faculty from the first CEO Institute in 1997 look back on two tumultuous decades.

CUs have weathered economic crisis and adjusted to consolidations, observes Elizabeth (Beta) Mannix, Ph.D., Ann Whitney Olin Professor of Management at Cornell University and faculty with CEO Institute II  since 1999. That means executives of continuing CUs must lead much larger financial institutions.

Many concerns participants raise in class discussions have stayed the same through the years, Mannix notes.

“There have been issues around capitalization requirements and the need for succession planning. The latest challenge is anticipating the demands of a new demographic that wants to do all their banking via apps—while still maintaining credit unions’ focus on building relationships.”

In their discussions, participants “are very willing to share ideas,” she adds. “That openness demonstrates that these are people who really lead from their values.”

‘A View of the Wider World’

Created to develop executives’ strategic leadership skills, the institute has maintained its core structure over the years even as the immediate quandaries facing CUs evolve, says CUES’ Chief Learning Officer Christopher Stevenson, CIE.

“What we teach is not directly related to current topical challenges but rather how to predict and respond to current and future challenges and opportunities,” Stevenson says. “Take payments as an example. Six years ago, there was no such thing as Apple Pay and Samsung Pay. Our focus is on how to identify and respond to these changes, bring your organization along and then identify the next challenge.”

Looking back, Steve Weakley, CCD, CCE, president/CEO of Vons Credit Union, El Monte, Calif., says the institute provided “a view of how credit unions relate to the wider world and a good overview of planning for all eventualities.”

“We’re here to serve our members, but we are also part of the larger financial world, and what happens with stocks and bonds and the overall economy directly affects us,” he says. “Even though we operate as a not-for-profit financial institution, we also have to treat it like a business—because if we don’t, we could be out of business.”

Vons CU has grown from $150 million to $500 million over the last two decades. “We’ve had to learn how to run larger organizations, and the skill sets we can develop from a program like this helps us to do that,” Weakley says.

CEO Institute builds on a distinctive aspect of the movement that continues to offer a competitive advantage: its cooperative spirit, says Jeff Kline, CCE, CEO of Members Development Co., Madison, Wis., a credit union service organization that focuses on growth engines for its 46 owner CUs.

“Even as credit unions have gotten bigger, their leaders still realize the need to collaborate,” he says. “New fintech competitors may be responsible for some of that by forcing us to be more risk-oriented and share and spread risk across partnerships.

When Kline joined the institute’s inaugural class, he was EVP/retail of Community America Credit Union, Lenexa, Kan., where he later served as CFO before becoming CEO of Members Development. The institute helped him prepare for a shift to being strategic all year long, he says.

Twenty years ago, strategic planning was something many CUs “did” in the fall; today, managing strategy happens all year, driven by more diverse competitors, delivery channel expansion and innovation.

Kline counts himself as “lucky to be among the first participants” in CEO Institute and says the connections he made through the program have endured.

CUs’ cooperative spirit is evident in interactions among participants, Stevenson says. “At a similar program for executives in for-profit sectors, you’d see a lot of heads down taking notes and people asking guarded questions so as not to give away trade secrets,” he says. “We have wide-open discussions about challenges and opportunities, group problem solving and participants seeking input from other executives.”

Tom Randle, CCE, was president/CEO of Sarasota (Fla.) Coastal Credit Union when he joined the first institute group. Nominated by petition for the CUES Board of Directors, he was elected and later served as chair.

In the first institute’s sessions on scenario planning, one possible future was labeled “Armageddon,” which might also describe the combination of forces behind the Great Recession that began a decade later. Loan losses from the mortgage crisis were concentrated in sand states, such as Florida, and Sarasota Coastal CU was not spared. Randle sought out a merger partner for the CU in its members’ best interests. He recalls the 2009 merger and related interactions with regulators as “rougher even than serving in Vietnam.” Based on those experiences, Randle wrote the book Shouldering the Cost: One Credit Union CEO’s Take on the Great Banking Collapse of 2008.

Randle and his wife moved to a mountain cottage in Georgia after the merger—“not an ... examiner within 200 miles, and that was on purpose”—and he became active in his church, joined the Chamber of Commerce and Rotary and served as an advocate for neglected or abused children.

Randle now describes himself as “a contented senior citizen, happily retired,” though he still takes on occasional clients, including a recent strategic planning consultation with a fellow member of that first institute group.

Participants often form deep bonds that last for years. “One of the strengths of this program is building networks with colleagues over a three-year period,” says Lou Centini, long-time faculty member at CEO Institute III at the Darden Executive Education at University of Virginia and CEO/founder of LJCentini & Associates, Charlottesville, Va. The same goes for instructors, who regularly meet institute alumni at other conferences and events like old friends.

“We hear from members all the time, who say, ‘The classroom work was great, but the network I gained, you can’t put a price on that,’” Stevenson says.

In the marketplace, the advantage goes to organizations that recognize and respond to challenges and changes, from increasing competition to shifts in fields of membership to a persistent low-rate environment that has squeezed profitability, suggests Jim Austin of JH Austin Associates Inc. and learning director with CEO Institute I  at the Wharton School, University of Pennsylvania. “Credit unions need to embrace change more than ever before,” he says, noting that the institute itself evolves in response to feedback.

In recent years, Stevenson has hosted regular phone conferences with learning directors of the three institutes, which has helped to facilitate a clearer progression, minimize content overlap and provide more continuity among the three segments.

“And within the Wharton fold [CEO Institute I], more tools are being introduced, particularly in terms of how credit unions think of key member segments, what’s the value proposition to those segments, and how is that evolving,” Austin says. “Scenario planning still plays a key role, but with a broader set of strategic perspectives that emphasize” member-centricity.

Since its inception, CEO Institute III has focused on personal leadership and leading strategic change, taught with the use of case studies, simulations, 360-degree feedback and experiential outdoor learning. “A lot of the attributes of what makes good leadership today aren’t that much different than ... in 1997,” says Centini, who with University of Virginia colleague Alec Horniman, has served as faculty from the first institute.

At the same time, “new people, new materials and new case studies” keep the content current and relevant, he adds. “So much of it (the way the program is delivered) is in the dialogues between faculty and participants and among participants.”

Over the years, Centini has seen more diversity in institute cohorts, including executives who joined CUs from banks or other business sectors and “aspiring CEOs”—executive vice presidents and other executives looking to develop their leadership as part of succession planning.

From Classroom to C-Suite

Weakley came to Vons CU from his position of controller of the Vons Grocery Co. Having previously earned his MBA, he says he appreciated both the emphasis of CEO Institute on CUs’ member-driven focus and the opportunity “to get back in the classroom again, especially at three different universities with high academic standards.”

Vons CU also sent its COO through the program about a decade ago, and Weakley earned the Credit Union Certified Director designation by attending what’s now CUES’ Governance Leadership Institute. As a CEO who serves on his CU’s board, he says that program “broadened my perspective.”

Recalling his time with the inaugural CEO Institute class, Weakley says with a laugh, “We really had a good time. In some ways, CUES was putting the program together as we went through it. They modified some things for later years.”

Mannix has appreciated reviewing between-segments projects. These might involve overseeing the development of a new app, opening a branch, creating a succession plan or completing a merger.

“Many of the ideas we’ve talked about at the institute come to life,” she says. “It’s exciting to see participants ... bringing it all together as a collaborative endeavor.”

Many of Centini’s enduring memories involving CEO Institute III come from the ropes-style experiential learning sessions. High in a forest canopy, participants accomplish feats they didn’t think possible as their colleagues cheer them on. In Friday wrap-up sessions, many recall the day in the woods. “Some are even moved to tears, because it gets personal,” he says.

“Credit union leaders have a lot more on their plates today,” Centini notes. “At the same time, we go back to one constant—a deep commitment to the credit union movement and everything it stands for.”