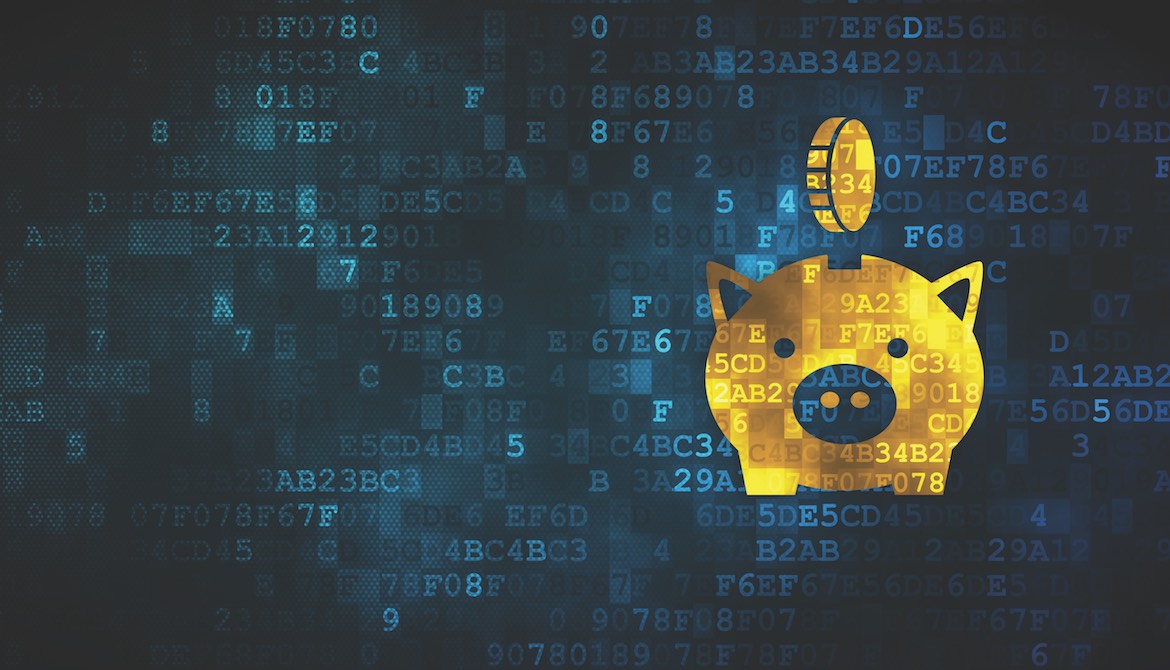 CU leaders plotting their 2018 technology strategy face a long list of needs, a shortage of resources, and products and vendors that are still evolving.

“The list is longer than usual,” says Brad Smith, managing director of technology at Cornerstone Advisors, a CUES Supplier member based in Scottsdale, Ariz.

“They know there are technology-based investments that need to be made, but routine operational issues and limited budgets hold them back. Some clear winners will emerge but, regrettably, there will be losers,” he says. “How well they use data mining and analytics will be one test.”

Staying near the leading edge of technology is expensive, so $2 billion G&F Financial Group (gffg.com), Burnaby, British Columbia, is doing what CUs often do to compete: collaborating. It has joined nine other Canadian CUs in the Back Office Collaborative.

“Together, we have the scale of a $10 billion CU in Western Canada,” notes CUES member Christopher Goodman, CCE, G&F’s VP/information technology. “We can afford technology solutions none of us could afford alone.” BOC has carved out three tech projects, Goodman says. One is omnichannel.

“We need member service to move seamlessly from one channel to another,” he explains. “We have the services, but they happen now in discrete channels. The solution has to be API-driven and cloud-based.”

Goodman is part of a BOC team building omnichannel architecture using Backbase as the foundational transport layer on which G&F Financial is building the services, with help from software developer Fincuro, Trivandrum, India.

“We wanted a global firm with a perspective outside the traditional credit union conduits,” he explains.

The second BOC project is secure messaging for members; the third is a data mining and analysis venture. “Smart data discovery will be big in 2018,” Goodman predicts. “We’re pretty sure we’ll find statistically relevant and useful connections we never would have expected.”

At the top of the 2018 technology wish list of Guy Russo, CSE, is “a completely secure ID for our members, one that’s easy to manage and unhackable.” Russo is CIO of $2.4 billion Community America Credit Union in Lenexa, Kan.

“In the short run, that goal is elusive,” he concedes. “In the long run, blockchain might provide it.” Or, Russo envisions, avatars might simulate face-to-face transactions.

Coming sooner, perhaps starting in 2018, could be CU chatbots that use natural language. It might be like talking to Alexa, Siri or Cortana, saying, “What will my balance be January 18, after scheduled payments and deposits?” Or “What will my taxable interest income be for 2017?”

“We’ll be able to simulate human interaction without the cost,” Russo predicts. “Members will get the satisfaction of conversing with a branch employee without the branch overhead. Voice response technology is getting better. The preparation is already under way.”

Better technology won’t necessarily exclude credit unions with small budgets, Russo suggests. “The costs for things like artificial intelligence are already coming down, which will spread its potential usefulness.”

If Russo thinks big about what’s coming, many of his peers deliberately think small about what’s just around the corner and immediately practical. The 2018 technology anticipated by CUES member John C. Wintermeier, CSE, CCE, CIE, SVP/CIO of $1.5 billion Achieva Credit Union in Dunedin, Fla., depends more on configuration than invention.

“We’re focused on perfecting our virtual environment and taking a fresh look at core providers and card processors, looking for tight integration and a seamless, efficient and automated employee and member experience,” he says. He thinks things like blockchain and biometric authentication hold long-term promise, but Achieva CU wants near-term benefits.

“Resources are limited, and we need to spend wisely,” he observes, “so we expect to roll up our sleeves and continue improving our internal infrastructure.”

The one futuristic technology Wintermeier is watching is behavioral analytics that could streamline member access and cut down on fraud. “We’re looking at potential partners and may go that way,” he says.

For $5.9 billion Patelco Credit Union in Pleasanton, Calif., 2018 will be a year of enhancing “the member experience journey,” reports Kevin Landel, CIE, SVP/CIO.

“We’re working to get to the point soon where any member can get any service and be helped by any team member—regardless of the channel they choose—and never have to tell their story twice,” he explains. Patelco CU has the right channels, but they still come with boundaries that can frustrate members. And the technology that obliterates boundaries “is complex and potentially expensive,” he notes.

To stay on the right path, Landel consults peer groups, networks at conferences and constantly reads, he says. And more than ever, he looks outside the financial services industry. “Our member experience is a consumer experience, so they may get their first taste of innovation in the retail space. That sets their expectations, so we need to watch Amazon, Walmart and Starbucks.”

Ask the experts what CUs’ top priorities will be in 2018 and you will get different answers. Cornerstone’s Smith cites two: building out the digital channel and improving the automation of loan origination.

Automated loan origination needs a lot of work in 2018, he suggests. Many CUs took the plunge in recent years to capitalize on the mortgage boom with semi-automated web-based apps, he reports. Some have expanded that automation to consumer loans, but the experience remains labor-intensive, and CUs are struggling to meet the expectations of members who have seen the TV ads for two-click, 10-second approvals.

Many members who start the process give up, Smith reports. CUs are looking for technology that lets them move among channels efficiently, but most vendor solutions still don’t meet market expectations. It’s hard to buy solutions that make an app as easy as Rocket Mortgage, he notes. It’s also difficult to find vendor solutions that allow a call center or branch rep to take over a member’s online app and help him or her complete it.

For Stu Fisher, a former CU tech exec who is now principal consultant at Sentient Consulting, San Francisco, better security automation should probably top a CU executive’s wish list for 2018. Many of those 143 million consumers whose confidential identifiers were stolen in the Equifax hack are credit union members, he notes, and their personal data are now being sold to a whole range of criminal enterprises. A surge in attacks is inevitable, and credit unions will have to become systemically skeptical of contacts from people who now have information CUs traditionally used to verify the person, he explains.

Also, look for a surge in real-time P2P payments, Fisher says, now that MasterCard has rolled out its push-to-debit payment service, Mastercard Send). Traditional P2P payments take a day or two to settle; the new Mastercard solution can be used to initiate a payment that posts and clears in real time, he explains, a boon to workers in the sharing economy like Uber and Lyft drivers.

“The fact that you have a debit card validates you,” he notes. “Look for this to become the predominant way people exchange funds going forward.”

Channel parity will also have to get attention, Smith points out. Credit union marketers talk about providing a uniform member experience across all channels, but that’s easier said than done, he cautions.

“Members expect to be able to do on their smartphones all the things they did on their desktops, but that’s still a real pain point for credit unions,” he explains. That’s because they often use different vendors and systems for online and mobile banking. In 2018, the pressure will be on current mobile suppliers to provide that parity or on credit unions to find mobile providers that can, he says.

More credit unions will take advantage of geolocation for authenticating members who carry smart phones in 2018, Smith predicts. “The technology is there. Big banks are using it. And before long, credit unions will be promoting their car loan rates to members they ‘see’ sitting in car dealerships.”

Artificial intelligence and machine learning, especially when applied to credit decisions, are developments to watch in 2018, Kordeleski says. Vendors have developed revolutionary products and are targeting credit unions, but cultural resistance to substituting AI for human intelligence persists.

Technological breakthroughs in machine learning are moving communication from keystrokes to natural language, Fisher reports. Systems are now able to understand and respond intelligently to both typed and spoken language, he notes.

“Voice will be the interface of the future,” he declares. Early inroads should start to surface in 2018.

Where will the technology advances in 2018 come from?

For useful innovation in 2018, Kordeleski says, keep an eye on CULedger and its use of blockchain technologies for sovereign identity and secured contracts. Also watch for innovations by Constellation Digital Partners in the area of cloud-based credit union solutions; Credit Union 2.0 for digital strategy; and OnApproach for data management and analytics that will enable credit unions to reap technology benefits if they pool resources and collaborate in their work, he concludes.

Some innovations will come from fintech companies, some from core processors and some from financial institutions themselves, Russo suggests.

Core processors are stuck with legacy value and have to protect their market share, he notes. Fintech companies have no such constraints and therefore are freer to try things. They’re also freer from regulation, but looking to build a user base from regulated financial institutions like credit unions. Still, they don’t always understand the compliance responsibility their products will have to support, he points out. Core processors will bow to growing pressure to open their boxed solutions to foreign apps in 2018, Russo predicts.

“We’re on the cusp,” he adds. “Core systems have always been closed, but customers are pushing to pick the apps they want and have them fully integrated into the core platforms, seamlessly and with little effort.”

Smith agrees core providers will feel the pressure. “The emergence of new credit union tech players is loosening the stranglehold core system providers have long enjoyed,” he notes. “We’re seeing more core conversions now than perhaps we’ve seen in any of the past 25 years.”

But win-win remains a possibility. Potentially, the fintechs could liberate the cores from heavy R&D lifting, says Russo, and the cores could bring fintechs the user volume they need.

In the current technology marketplace, Patelco CU finds that long-term technology purchases have essentially disappeared, Landel notes. “We used to buy or build solutions for the next five to 10 years. Now the next technology is already being designed and built while we’re rolling out the current one.”

So Patelco CU follows a “platform strategy,” buying foundational systems and building on them. And it designs what it wants but uses both internal and outside developers to do much of the actual building.

“We have hybrid solutions,” he says. “That gives us continuous improvement flexibility, but it means we can never stop pedaling.”