More Than Just a Call Center 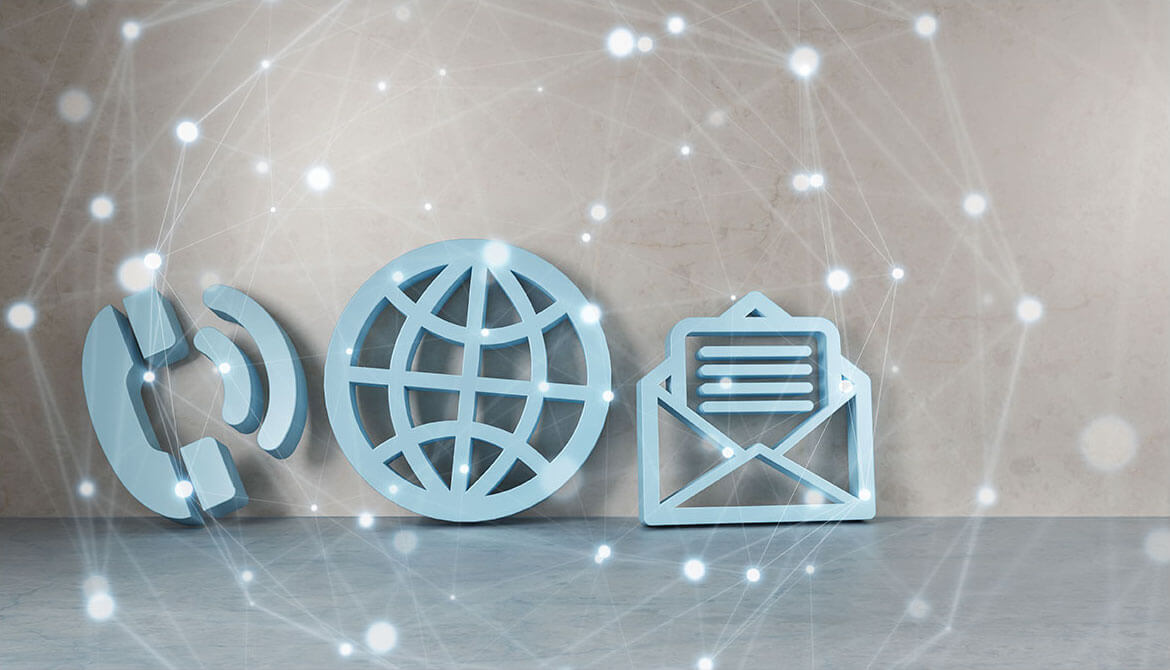 Members now reach out through many channels. Here's how credit unions keep up and stay safe.

The venerable call center can serve as a case in point for today’s credit union culture: a mix of the thoughtfully personal and the briskly impersonal. Friendly, personal service—for as long as it takes—and speedy, automated self-service are both abundant.

“Call centers” should be called “contact centers” these days, insists CUES member Rick Schier, chief member officer of $2.7 billion CommunityAmerica Credit Union in Lenexa, Kan., or better yet, “interaction centers” since they process more than phone calls, he points out. Real-time interactions occur over the phone, through email, in chat sessions and with video tellers in branches at his CU, he reports. It’s even “omnichannel,” meaning that a member can start the contact in one channel and switch to another without starting over—like going from chat to phone in a seamless process, he reports.

Whatever the channel, members want “more immediate service today,” notes Alan Stalnaker, manager of the member contact center at $3.7 billion Veridian Credit Union, Cedar Falls, Iowa. “They expect to contact a representative quickly, get an issue resolved right away and have 24/7 access to their accounts and services.”

“Technology is displacing humans as contact center responders,” Kendrick reports, but slowly. “We’re seeing more chat sessions driven by bots that use artificial intelligence, and expanded use of virtual assistant tech, usually linked to the IVR (interactive voice response)” system, he says. “That’s the future, but it’s still a small percentage of the volume.”

The technology may be complex and evolving, but it’s not expensive, he points out. “It’s done from the cloud and sold on a subscription basis, so it doesn’t take much capital investment, and sometimes it’s easier for a small credit union to convert than a huge multinational corporation.”

For now, Schier directs a lot of traffic. “Our agents will manage an estimated 1 million live interactions in 2018,” he reports, and another 1.4 million or so interactions will zip through the IVR without being touched by human agents.

Meanwhile, the mobile banking app will deliver a growing number of simple answers, such as providing balances. Like many CUs, CommunityAmerica CU encourages members to use self-service for simple inquiries, so live calls are getting longer, responding to complex questions like “Why is my credit card being declined?” or “How do I stop my preauthorized automatic debit to the gas company?” Schier estimates an average of three to five minutes for a service call and seven to 10 minutes for a sales call.

Automation is encouraged, but personnel is still a big part of what defines successful centers, especially at large-scale CUs like CommunityAmerica CU, which operates two contact centers, one at headquarters on the Kansas side of the Kansas City metropolitan area and a smaller one on the Missouri side.

“Our smaller contact center provides backup and helps with commutes since employees live closer to one or the other,” Schier points out. Agents can also work from home, he adds. CommunityAmerica CU’s contact center has relatively low turnover, about 10 percent a year, and some of that is due to people getting promoted or changing jobs at the CU, rather than leaving, he reports.

Agents at CommunityAmerica CU are trained “for multi-layered skill sets that are valuable across the organization, preparing employees for career growth,” Schier says. Beyond formal training, having enough leaders on site is critical. The CU averages one leader for every 15 employees—to help with on-the-spot training and take occasional calls that require escalation.

On a smaller scale, $1.35 billion MAX Credit Union, Montgomery, Ala., staffs an onsite call center with 17 agents, who field about 1,000 calls a day, 8:30 a.m. to 5 p.m. weekdays except holidays, reports CUES member Scott Lindley, chief information officer. From 5 p.m. to 11 p.m., calls roll over to a Jack Henry & Associates call center that can do everything CU reps can do unless it involves credit cards. Then the call must be transferred to the CU’s credit card processor. The after-hours service, started last February, has been responsible for a big increase in monthly after-hours call volume, from 2,000 to 3,000, he reports.

Lindley explains that IVR can automatically deal with balance inquiries. Agents handle the rest of the calls—like reports of lost or stolen credit cards and locking or unlocking home banking. Basic call waiting shows the agents the number of the incoming call. Nothing else pops up on their screens, so authentication is done live, with the agent talking to the member, he reports.

Since big data breaches have led to confidential member data being for sale on the dark web and rendered traditional out-of-wallet questions unreliable, MAX CU has relied largely on questions about the member’s interaction with the CU, Lindley reports.

Knowledge-based questions are less effective than they used to be, thanks to many data breaches, agrees Jonathon Robinson, fraud intelligence manager at CUES Supplier member PSCU, St. Petersburg, Fla.

“Fraudsters now know more of the answers,” he observes. Questions specific to CU interaction—size of last deposit, location of last branch visit—weren’t compromised by the big breaches, but they’re not highly secure either. “If a fraudster has compromised a member’s account, he or she will know those answers, too,” he points out. Things like all or part of a Social Security number are on their way out but still widely used, often in combination with other authentication steps, he says.

The answer is a 360-degree view of a member’s relationship and activity, Robinson says. “Fraudsters attack across all channels, so fraud prevention has to see what’s happening in all channels and with all products and services.”

With its personnel-centric strategy, MAX CU needs good people. “Training is key,” Lindley says. Agents get specialized training for complementary skill sets, such as some answer questions about loans and others about deposits, others answer phones and others reply in chat sessions, or some speak Spanish and some Vietnamese, he notes. He’s blessed with a friendly job market. “Some credit unions have rampant turnover, but ours is low.” MAX is testing technology so agents can now work from home, he reports. “As the job market tightens, it will be harder to find good agents, and we’ll probably have to pay more, but that hasn’t happened yet.”

Staffing is harder in some places than others. In Cedar Falls, Iowa, for example, Veridian CU needs bilingual reps who can speak Spanish and French like substantial numbers of its members.

At $1.6 billion Advia Credit Union, Parchment, Mich., a staff of 43 fields about 35,000 phone calls and 700 emails a month, while a third party, LSI, deals with 2,500 web chats, after-hours calls and overflow at peak times, reports Rey Chavez, the member contact center director. If a contact center rep can’t pick up a call in two minutes, it rolls over to LSI, he explains.

It all starts with the IVR, which routes about 80 percent of the incoming calls to the center. Others, based on IVR choices, can go straight to lending, collections or commercial bankers, he explains. “We try to send each call directly to people with the right skill set,” Chavez says. The staff is changing from all-purpose member services reps to reps with specializations, he adds.

The staff skill sets will increase when Advia CU brings the chat sessions in house.

“We went through a digital conversion last year, and we plan to bring the web chats to our reps once we’ve sorted out how to use a chat bot to automate some of the traffic,” he says. “We want to find out how much the chat bot can handle before the chat is handed off to a live agent.”

If the IVR software recognizes the registered phone number of a member, the system automatically delivers the balance and the last deposit and withdrawal out of the account. This allows the member to self-authenticate without having to speak their personal information out loud, Chavez explains.  If it’s an unfamiliar number, an automated prompt is sent to the member to enroll his or her number so authentication can take place before the call goes to a human agent, he points out. Strong authentication in the CU’s core can prompt the system to ask the members for the last branch they visited or the amount of their last deposit. All this happens before a human picks up the call, he says.

High-tech authentication like voice biometrics are useful if the organization has a voiceprint of a member or a known fraudster on file, Kendrick explains. Using a Social Security number or a credit card number on file for a member is still useful, but CUs have to be careful to capture the number and match it for security but not retain it or they risk violating PCI regulations meant to prevent vulnerable databases full of stored credit card information, Kendrick points out.

So the tools and the tasks continue to expand. As channels proliferate and member expectations grow, CUs innovate tactically and set priorities but look ahead to the goal, and the best practice will be to go onmichannel, Kendrick says, even though most contact centers “are still not there,” he observes. Social media historically has belonged to marketing, not the contact center, and it has been a passive listening post, not really a two-way communications channel. Driven by tech-savvy members who want to use the channel of their choice for any given communication—and want to be able to switch channels at will, like moving from chat to a phone conversation in one unbroken process—contact centers in all industries are scrambling to bring all channels under one service center and accommodate cross-channel switching, he reports.

Richard H. Gamble is a freelance writer based in Colorado and a member of Bellco Credit Union.