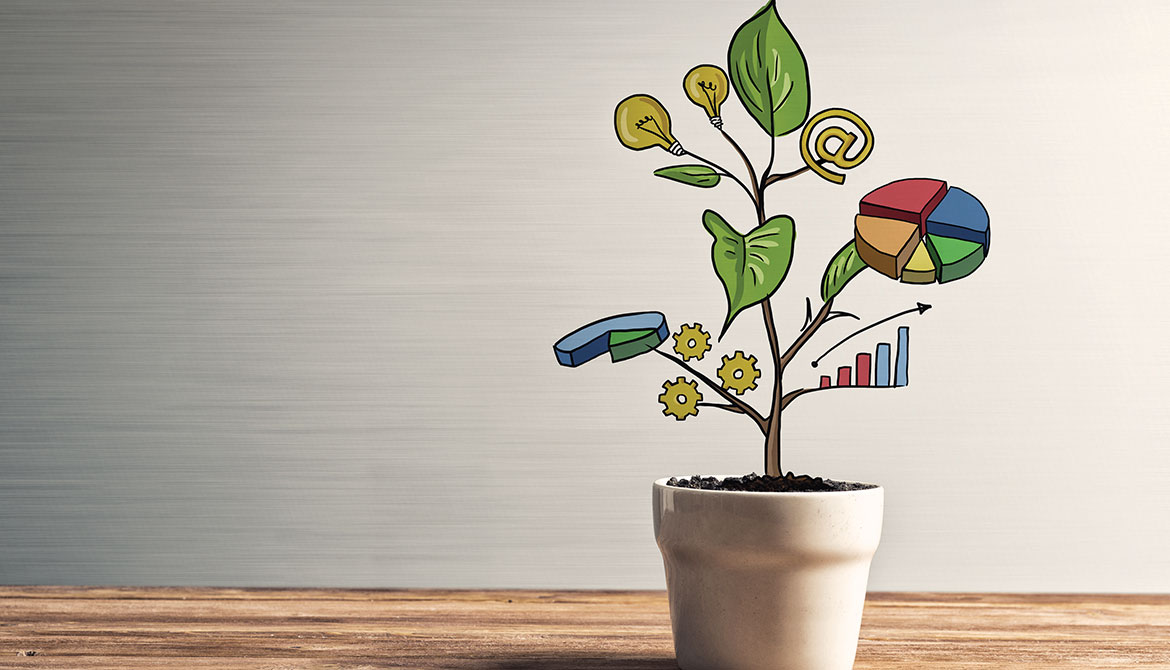 In 2017, OCCU restructured not only its loan portfolio, but its entire balance sheet. That effort bolstered the CU’s net worth.

Oregon Community Credit Union began 2017 with a loan portfolio of $1.6 billion. As you might imagine, that figure pleased the Eugene-based CU’s management and board.

A related figure that pleased both groups a bit less, or at least put them in a contemplative mood: A whopping $1.1 billion of that portfolio—70 percent of it—was in auto loans.

What did it prompt OCCU’s leadership to put under the microscope in the months that followed?

For starters, it caused the CU’s leaders to look at diversifying the $1.7 billion organization’s loan mix. It also drove them to tackle a few other tasks they believed would also benefit its membership.

According to President/CEO Ron Neumann, CIE, a CUES member, the aim was “to lessen our concentration in vehicles while improving yield.”

That improved yield would then strengthen the credit union’s earnings as well as its net worth ratio, all while keeping liquidity and credit risk in check.

“We thought maybe we should have the balance sheet that we desire rather than the one we’ve been given” as a result of the CU’s strong vehicle-loan growth, he explains.

How did Neumann and his team achieve that feat? Keep reading to find out.

For a bit of background, here are the board-sanctioned objectives the CU set out to accomplish in the early days of 2017:

Neumann and colleagues like CUES member Greg Schumacher, OCCU’s chief financial and administrative officer, didn’t just dive into these objectives, of course. They spent the early part of the year preparing. Those two or three months of modeling were key, Neumann says, “because you need to understand where you’re at and where you’re going before you can come up with how to get there and by when—and at what cost, too.”

OCCU has a “robust business intelligence group that ... looked at the profitability of our various tranches and how we might participate out some of our balances in order to free up liquidity,” Schumacher explains, “so we could then move those existing loan balances into other loan products.”

Within 90 days, Neumann says, “we had completed our modeling, and we had concluded that we were going to move in the right direction, that those moves supported the vision of the board, and that the board members themselves were supportive of the moves we were planning to make.”

By the end of the second quarter of 2017, Schumacher shares, the CU was engaged in several “very deliberate activities to begin the process.”

One example: Neumann says a critical area for the credit union was “to build our muscle around price elasticity as it relates to indirect lending.”

What you’re trying to do when you test price elasticity, Schumacher explains, “is drive indirect volume down to the extent that you can then replace those dollars with mortgages or other business but still remain a premier indirect lender within the market and also continue to serve your members.”

“We did a lot of testing,” Neumann adds. “We tried different pricing strategies. In some cases, we even raised the price—only to see demand increase. Which naturally made us think: That’s interesting. It definitely wasn’t what we expected.”

Another “muscle” Neumann, Schumacher and their colleagues worked out in the months that followed their decision to restructure OCCU’s balance sheet: loan participations.

“We’re a strong originator,” Neumann says. “Which means we sometimes originate more auto or RV loans than we’d like. But that’s our job, right? To serve our members. So we asked ourselves: What can we do with that? How can we manage or control that side of the business, rather than exit it completely or grossly change all of the relationships we’ve developed over the years?”

The CU’s response was to retain the servicing on those loans, but sell some of the excess origination. “That way,” Neumann offers, “we could keep the member relationship and also diversify our balance sheet.”

Succeeding at that was easier said than done, according to Schumacher. “We need to make these pools attractive enough for the investors to buy into, while at the same time we need to retain pools on our balance sheet that are attractive to us. The modeling we did allowed us to be really nuanced in terms of what we would sell versus what we would keep,” he adds.

All of that hard work paid off in the end, too. “We sold millions of dollars’ worth of participations at either par or better,” Schumacher says. “At the same time, we retained—in a rising rate environment—those new rate-sheet loans that our elasticity testing told us were profitable in our portfolio.”

Mortgage and Business Loan Growth, Too

The strategy Neumann, Schumacher and others at OCCU employed to restructure and grow the organization’s balance sheet went beyond improving their indirect lending efforts.

They also moved some of the credit union’s auto loan dollars into other “higher yield, lower credit cost buckets,” as they call them. Specifically, they moved them into mortgage and member business loans. (And most of those member business loans were in commercial real estate.)

The CUs’ leaders also were able to “put more of the mortgages we originate into our own portfolio,” he adds, “thereby increasing its (mortgages) percentage of the pie on our balance sheet.”

For Schumacher, one of the keys to the CU’s growth in this area was “opening up the gates for the folks in the mortgage area to serve members more aggressively than they had in the past.”

Granted, the reason they could open those gates as wide as they did was because of the “newfound liquidity to do so coming off our new auto strategy.”

Also helping matters: “Our marketing, member experience and channel folks created some very important digital opportunities around first-time homebuyer, mortgage education and referrals,” Schumacher adds. “If you look at our mortgages today, for example, I would say a substantial number of our referrals come from those digital channels. And that’s a testament to what those folks have done … to drive that business.”

As for the member business side of the equation, Neumann says that “while we’ve done it for many, many years, we didn’t do so in a material way” until early 2017. Since then, OCCU has “very carefully built a portfolio out of commercial real estate.”

Schumacher suggests a lot of the growth here has come as a result of “some important vendor and partner relationships, not unlike what we do on the indirect and participation side.

“As we sought to drive our balance sheet restructure and net worth growth, we employed both auto participations and volume reduction activities,” Schumacher adds. “We leveraged two key partners, Raymond James (St. Petersburg, Florida) and Catalyst Corporate Credit Union (Plano, Texas), plus our participating CUs, and especially valued our repeat buyers. In addition, our indirect auto dealer partners embraced and accepted our rate sheet changes and volume management efforts, while still providing volume at levels we desired. Our outcome could have been different absent this type of response.”

Digging into the Details

How exactly have the moves detailed above as well as others helped restructure and even bolster OCCU’s balance sheet?

For starters, Neumann and his team moved $119 million out of vehicle loans and into mortgages. That represents a 53 percent increase in the mortgage portfolio since the end of 2017.

And they moved $27 million from the credit union’s auto loan “bucket” to its member-business loan one—a 140 percent increase in MBL balances, according to Neumann.

All of that “swapping out” allowed OCCU to reduce its concentration in auto and RV loans from 70 percent to 59 percent in just 11 months.

That last accomplishment, in particular, has thrilled both the CU’s executives and board members. “To make a change like that is significant,” Neumann asserts. “We’ve participated $350 or $360 million in 2018 alone,” he adds. “Those are some very serious figures.”

OCCU’s growth in net worth ratio also could be labeled as serious. “We began 2018 at 8.38 percent net worth, and that’s increased nearly 100 basis points since,” offers Neumann. As of late November, that figure was at 9.33­—and he expected it to inch up even a bit more by the end of the year.

Neumann and Schumacher have a similarly rosy outlook for 2019.

“We are very happy with what we’ve achieved thus far, but we also see 2019 being similar to 2018 and 2017—in that we’ll continue to work on refining our balance sheet,” Schumacher says.

In other words, they’ll continue to de-emphasize the auto portfolio. That said, after all they’ve done, “there’s not as much room to do that now,” he adds. “And with the market potentially slowing down, there may be less room to be aggressive on the mortgage side in 2019, too.”

Where will OCCU look instead for growth? Home equity lines of credit are one possibility. “The refi business has kind of gone away, with rate environments staying in the upward trajectory, but there’s still opportunity to build a HELOC book. We’re looking at that,” Schumacher points out.

In general, though, Neumann expects to do “more of the same—while making some nuanced changes to our strategy that will help us move past the fundamental success we’ve seen so far and move toward further optimizing our balance sheet.” cues icon

Bryan Ochalla is a freelance writer and former CU Management editor based in Austin, Texas.