Helping Them Buy Their Ride to Work 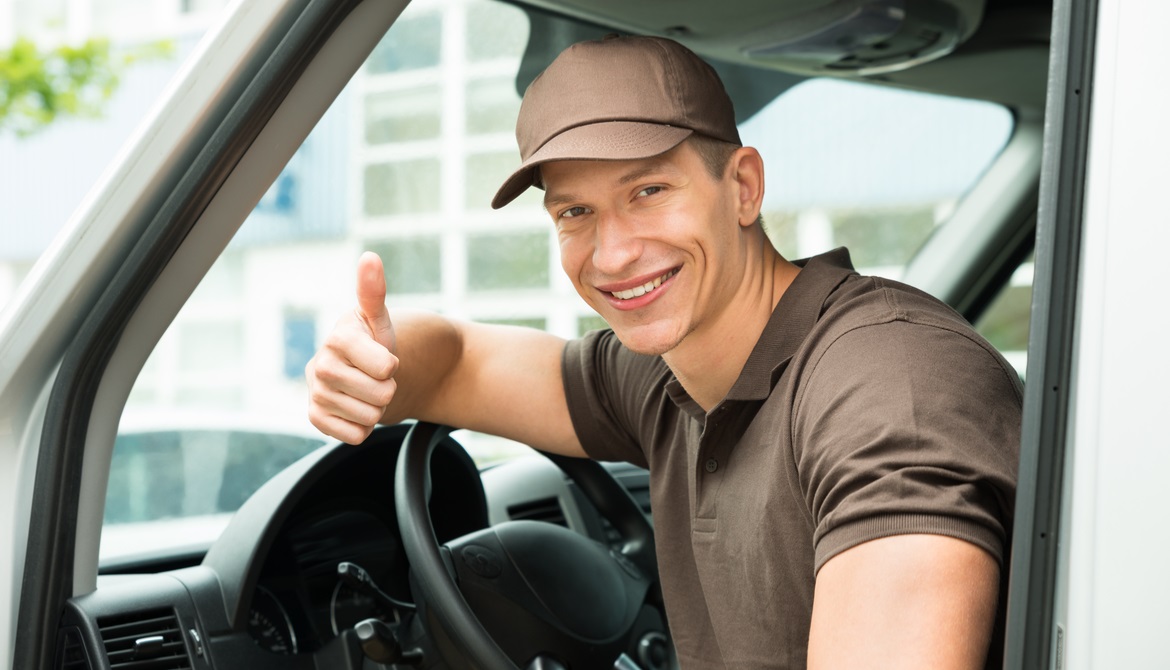 One wintry Saturday morning a couple years ago, a new member and her two preschool daughters walked into Community Plus Federal Credit Union in Rantoul, Illinois, and approached the loan officer’s desk.

The woman told her children, “This is the lady who helped us get our car,” and the girls gave the loan officer a hug. The family had good reason to be thankful: Before qualifying for the loan through the credit union’s new Ride to Work program, the woman was up predawn every weekday, waking her daughters so they could walk together to their child care provider before she caught a ride to work. When they needed groceries, they pulled their wagon to and from the store.

President Michael Daugherty shares this story to illustrate the impact of Community Plus FCU’s commitment to the nonprime auto lending program, which has produced $3.3 million in loans for the $19 million credit union serving 4,000 members since its launch in late 2015.

“It really gave us some validation. The numbers tell us a lot, but it’s these kinds of stories that confirm, ‘Yes, we should be doing this,’” says Daugherty, a CUES member.

The auto lending program is based on research by the Filene Institute and Annie E. Casey Foundation on the need and business case for making auto loans to working people with “blemished credit,” as the Community Plus FCU website puts it.

The simultaneous goals of Community Plus FCU’s program are to help new and existing members finance the purchase of reliable vehicles and to improve their credit standing. Toward that end, the loan application typically happens in person at a branch and, with the required financial counseling, can take up to two hours. The loan officer even checks Consumer Reports to determine whether the make and model of vehicle the member plans to purchase has a history of mechanical problems.

“The trend in the industry, whether it’s direct or indirect lending, is toward less contact, with everything done online, but we do a lot of hand holding,” Daugherty notes. Many members take the financial counseling in stride, and some even thank the loan officer for taking the time to explain things they’ve never been told before—like the fact that missing payments are reported to the credit bureau, which in turn can increase their insurance premiums and make it harder for them to rent an apartment.

Community Plus FCU approves auto loans with up to 60-month terms for members with no credit or E tier or better credit for the full price of the car, plus tax, title and license fees. The main requirement for applicants is a minimum of two years in their current job, with previous employment service considered for applicants whose jobs involve a skill or trade.

The credit union is learning from experience about nonprime lending. For example, Daugherty had expected most prospective borrowers would be referred by local social service agencies before they started car shopping. Instead, most referrals have come from local independent used car dealerships familiar with the CU’s Ride to Work program.

Auto lending makes up 60 percent of Community Plus FCU’s loan portfolio and 91 percent of its consumer loans. Only 8 percent of the auto loans on its books are for new vehicles.

Losses on loans made through the nonprime program have been running at about 2.6 percent annually. “With the spread on those loans, that’s manageable,” Daugherty says.

Community Plus FCU charges a higher rate on those loans, but with the federal cap of 18 percent, its financing is still a better deal than members could get through dealers that cater to credit-challenged consumers, which charge up to 35 percent, he notes.

The risk mitigation tools the credit union relies on include GPS tracking/starter interruption devices on vehicles pledged as collateral and default coverage. Neither would cover all the losses when loans go unpaid, but they do help reduce its exposure, he says.

Another lesson learned is that risk may arise in unexpected places. “Our biggest losses have come from insurance companies refusing to pay out claims on damaged vehicles,” Daugherty says. “One thing we’ve noticed with this population is that they tend to have more accidents. And they tend to get their insurance with companies that specialize in insuring people with poor driving records. These companies seem to do everything possible to avoid paying out claims.”

In researching this issue, Daugherty says he confirmed with the Illinois Credit Union League compliance team that a credit union can refuse to accept insurance coverage from a specific company on “reasonable grounds.”

“The company causing us the most grief has an AM Best rating below B, so we have used that as justification to ban them,” he adds. “We currently have a claim pending that has been referred to the Illinois Department of Insurance because of their lack of response.”

Community Plus FCU has also stepped up its collections practices by contacting borrowers in the Ride to Work portfolio in the earliest stages of delinquency.

“Our one part-time employee who handles collections spends about 75 percent of her time on these loans. As soon as those borrowers miss a payment, she starts reaching out,” Daugherty says. “And it has to be direct contact. Letters aren’t going to cut it. When you repo a car, you generally find a stack of those letters stuffed in the glove compartment. You’ve got to be able to talk to people and get them to come in.”

Because many of its borrowers through the program are new to the credit union, the “loyalty effect” of paying their car loan first has not been a significant advantage. Still, Daugherty says, “We’re starting to develop relationships with some of the first new members to join up through the program. They’re seeing that their credit has increased one or two grades as a result of on-time payments when they come back to finance their next car. We’ve forged a solid connection with those people.”

As a community development financial institution serving a rural area, Community Plus FCU is immune to concerns about its bread-and-butter loan business losing ground to public transportation and ride-sharing. Daugherty serves on a task force with a local village that contracted for bus service to a nearby industrial park, but ridership has been well below expectations. “People here are still focused on the idea that ‘Only a car will work for me,’” he notes.

In sum, its early experience with nonprime auto lending has been a financial win for Community Plus FCU as well as a valuable service for area residents looking to rebuild their credit standing. Daugherty recalls a presentation on financial performance by a former National Credit Union Administration examiner at a recent conference for small credit unions. The presenter suggested taking on more risk in lending, but only for credit unions with an ROA above 9 percent.

“I thought, ‘If you’re under 9 percent ROA, being more conservative is not going to help you grow. You can’t make money loaning to only A and B paper,’” he says. “The question should be: How can we mitigate those risks? At the end of the day, our job is to manage risk effectively.”

Karen Bankston is a long-time contributor to Credit Union Management and writes about membership growth, operations, technology and governance. She is the proprietor of Precision Prose, Eugene, Ore.