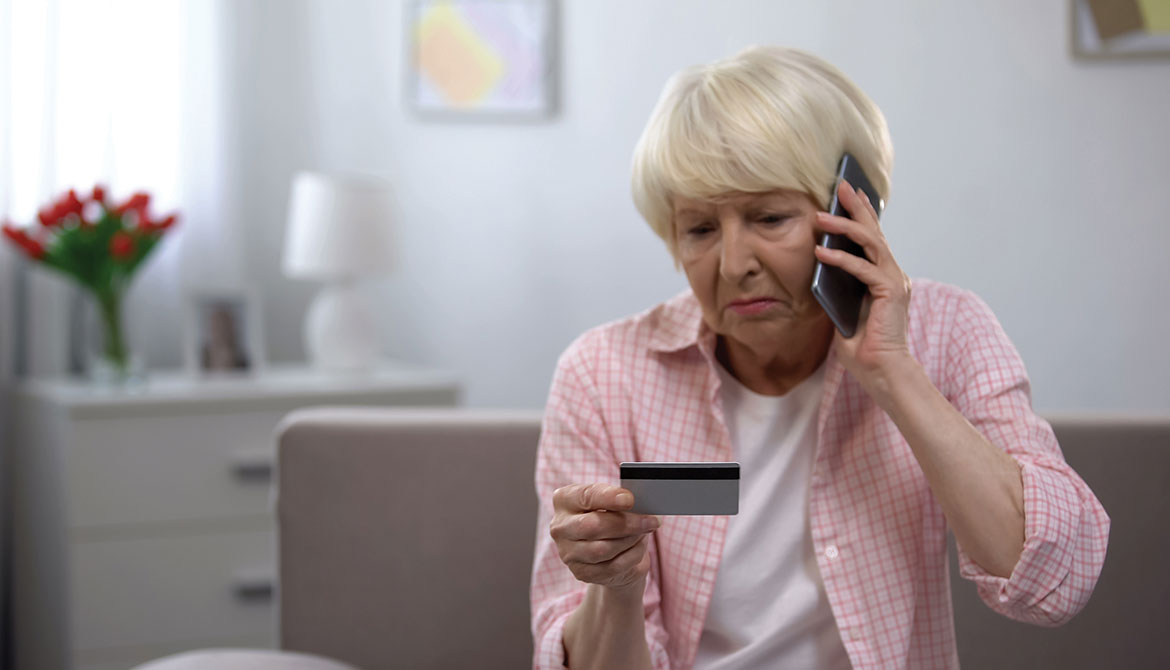 Cybercrime against the elderly continues to increase. Here’s what to look out for at your credit union.

The elderly are low-hanging fruit to cybercriminals, says Richard Crone Crone Consulting LLC, San Carlos, California. Credit unions have to be attentive to this since the average age of CU members is going up, he notes.

CU leaders agree that it is a special problem. For example, seniors sometimes look for love in all the wrong places.

“We’ve seen more ‘sweetheart scams’ lately,” observes Clint Lovinger, VP/member services at $900 million Ventura County Credit Union, Ventura, California. “The member may think they have a relationship and therefore want to help a third party, but it’s frequently a fraudster preying on his or her naiveté. When those situations come up, we advise our member that they may be the victim of a common scheme.”

Sometimes it works; sometimes it doesn’t. One elderly member came into a Ventura County CU branch to initiate a suspicious wire transfer to someone back east, he recalls.

“It was a lot of money and it looked inappropriate, so we tried to advise her,” he says. “But she was adamant, and it was her money. We refused to send the wire, but she withdrew the funds anyway and took them to another bank.

“Another type of elder abuse we encounter often,” Lovinger adds, “is when a third party comes into the branch with the member to make a large withdrawal. When it looks suspicious, we try to get a manager to talk to the member separately and find out why they want the funds and determine if they are being unduly influenced. But we have to be careful, because what looks suspicious could be legitimate, especially when it involves a family member and a CU member with dementia.”

Fraudsters attack the elderly across the globe because they are considered to be more easily deceived, notes Catherine Ludgate, senior manager for economic inclusion at $18 billion Vancity, Vancouver, British Columbia. Phishing attacks are especially troublesome, she says.

“They are clever and deceptive,” she notes, and have fooled even savvy executives. “If a member gets a phishing email and responds as directed, there’s not much a CU can do except continue to educate members about not responding to requests for account numbers or Social Security numbers.”

She reports that Vancity members have also been exposed to phone calls from fraudsters pretending to be distressed family members in need of immediate cash. In fact, her own parents narrowly escaped such an attempt, she reports.

CUs like Vancity continue to see elderly members coming in with family members to make withdrawals that seem suspicious. “You try to separate the member from the relative and question whether the member really wants to make the withdrawal,” Ludgate explains. “Or you try to delay the transaction, get them to come back another day so the member has time to consider” it.

Vancity trains front-line staff to recognize signs of fraud and respond discreetly but firmly warn the member or reduce the pressure, Ludgate says.

The telephone scams that try to get elders to “rescue a relative” or pay “delinquent taxes” by buying gift cards and reading the number over the phone is beyond anything a CU can do except to provide general education, Lovinger explains.

“We’ve always tried to protect elderly members, and we’ve always used annual training for front-line staff to help them recognize signs of elder abuse or fraud and how to respond,” he reports. “We do what we can on the spot and refer suspicious cases to Adult Protective Services for investigation.” cues icon