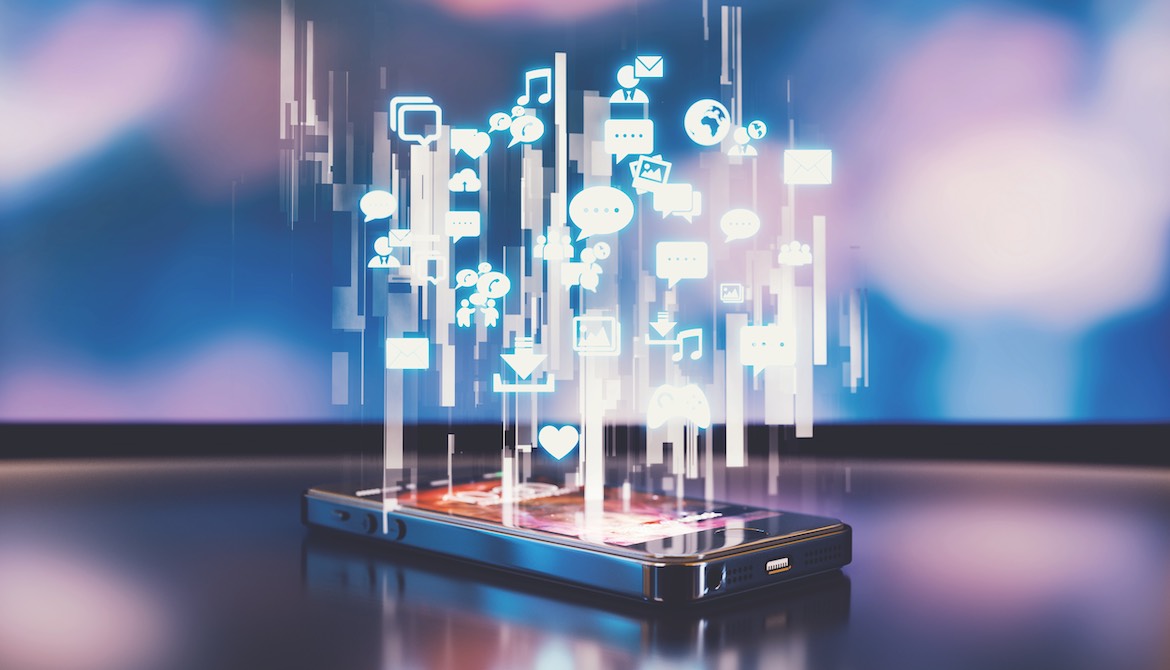 One day soon after financial institutions began announcing their responses to the COVID-19 pandemic, Larry Edgar-Smith conducted a quick, informal survey of how seven banks and credit unions were getting the word out.

Edgar-Smith, VP/business solutions and product strategy for CUES Supplier member Temenos, Malvern, Pennsylvania, is on the email list for five of those financial institutions, so he checked his inbox first. Then he looked on each of their websites for a prominent announcement along with their Facebook, Instagram and Twitter feeds. Based on that quick assessment, he determined that only two had achieved full horizontal coverage by posting information about their pandemic response across all social media channels.

“The credit unions that hit all those channels posted identical messages, so they didn’t have to put a lot of extra effort into it. Credit unions that are attuned to social media understand that you have to stay in touch with all the channels your members are using,” he says. “If you hear from one member complaining that they didn’t hear about your COVID-19 response via their social media channel of choice, probably 90% of members who use the channel felt the same way but just didn’t bother to speak up about it.”

Social media played a huge role in messaging during the early weeks of Partners Federal Credit Union’s pandemic response, says Royce Ngiam, VP/marketing and business development. The $1.9 billion credit union, serving 180,000 members in California and Florida and around the world, saw a 22% increase in Facebook impressions in March over the previous two months as members checked in for information about branch operations and special support Partners FCU rolled out for those affected by income loss.

The credit union has used social media for educational messages, including a motion graphic on social distancing to explain its new branch queuing standards and its first “live” Facebook workshop on household budgeting, which averaged about 82 viewers throughout the April 1 session and had almost 300 people set a reminder to attend.

“We pre-recorded the workshop and added visual elements like motion graphics and music to enhance the viewability, then we streamed it live,” Ngiam says. “During the streaming, our presenter was responding to questions in real time through Facebook. It was pretty cool.”

On a daily basis, social media serves as a bellwether for Partners FCU as it serves a diverse membership on both coasts around the clock.

“There are Disney cast members working at the resorts who use our ATMs at 2 or 3 in the morning when traditional channels aren’t always on,” Ngiam says. “Members report issues with machines over social media, which provides an early warning for us to check on whether there’s a systemwide problem or an isolated issue.”

Facebook and Instagram are Partners FCU’s primary social media channels, and the credit union also monitors and responds to Yelp reviews. If members contact the credit union with specific account issues, staff move the interaction to a private phone conversation, or a secure web chat for overseas inquiries.

Its marketers use Sprout Social to comb the web for mentions of Partners FCU and to preload, schedule and push out social media posts. Yelp has its own monitoring and response tools, Ngiam notes.

In responding to negative comments, “we move the conversation to a private inquiry as we attempt service recovery,” he explains. “We manage service issues at the appropriate level, but those comments are also shared with every senior leader whose department might touch that area.”

Managing Partners FCU’s social media strategy has expanded from being the responsibility of one person to being shared by three marketers working on content creation and curation and three others monitoring messages, tracking responses and facilitating management of follow-ups to resolve any issues raised by members.

Ngiam and his EVP also monitor and respond to posts on Facebook and Instagram, oftentimes more quickly than to internal emails.

“Social media is a key member feedback loop for us,” he notes. “Understanding all the viewpoints is critical, and these channels allow us to see unfiltered perspectives. Sometimes communications directly from members are just so crystal clear.”

In an average month, Partners FCU sees 20 to 25 Facebook posts from members. The credit union has fewer than 10,000 Facebook followers, but its page logs about 200,000 impressions a month, so content there has a wide audience.

Members can reach out to their credit union with questions and complaints via its mobile app, online banking and email, but they may move to social media “because they want to be heard”—or maybe just because it’s their preferred method of interacting, Ngiam suggests. “We want to engage with our members in the venue of their choice as much as possible.”

Royce Ngiam
VP/Marketing and Business Development
Partners Federal Credit Union
I will ‘winky-face’ and LOL all day long, because that’s just how we communicate. It still tends toward business casual, but we don’t have to be stuffy.

Social media channels can be a good source of feedback on credit unions’ digital delivery—and a means to steer members and prospective members toward those channels, says Kris Frantzen, senior product manager for Temenos Infinity, a digital front-office solution from Temenos.

“Those who will be successful going forward are those who best tap into social media as a way to let folks know about what they have to offer—and allow them to launch right from a tweet or an Instagram post out to that digital experience,” Frantzen says. “Being where their people are can play a hugely important role for credit unions.”

Edgar-Smith’s little experiment on pandemic service announcements is a fair sampling of what’s happening across the credit union landscape, Frantzen suggests. Many organizations are still in the “dabbling” phase of figuring out how to communicate effectively via social media.

Among the many applications is the opportunity to develop “a real-time feedback loop” on digital channel upgrades and changes, Edgar-Smith says. Credit unions can monitor social media for member posts on new website or mobile app features and functions—and adjust as needed based on that input.

“Social media is a good outlet for classic A/B testing,” he notes. “You can direct half the people to the left and the other half to the right for quick responses on a new website design. With slower response mechanisms, the market could have changed by the time you collect responses. It’s cool to see all this going on so quickly.”

Frantzen agrees: “That wheel is just spinning faster and faster, and you have to have the right people, processes and tools in place to do all that on a quicker, more efficient and more effective pace.”

Credit unions that have all those components in place were the first to roll out a full-fledged response to the pandemic, with links in social media messages for members to apply for financial hardship loans.

“If they didn’t have agile processes in place, there’s no way they could have done that so quickly,” Edgar-Smith says. “They were able to put together an application for a special hardship loan in a few days rather than a week or more.”

Ngiam’s advice for interacting with members via social media is to loosen the corporate controls.

“Traditionally social media is handled by marketing, and we tend to be pretty top-down and controlling. We want to script everything so that every word is perfect,” he acknowledges.

But that scripted approach doesn’t work in these more informal channels. Partners FCU’s social media team includes people who are “passionate about those channels,” and post ideas often originate from branch employees who deal directly with members every day and who often snap and share photos of events happening in their locales.

A related recommendation is not to apply corporate communication guidelines to this much more informal channel. “We need to engage our members where they are while staying within brand,” Ngiam says. “I will ‘winky-face’ and LOL all day long, because that’s just how we communicate. It still tends toward business casual, but we don’t have to be stuffy.”

This direct approach to applies to pandemic communication as well. Long before the first COVID-19 cases began emerging across the country, Ngiam worked closely with the Walt Disney Company’s crisis management team, and he has watched the credit union’s chief sponsor roll out its pandemic response. That inside-out view provided a great body of knowledge for Partners FCU in planning how it could best serve members quickly so that the credit union was able to roll out communications about branch operational changes and financial supports available to members just as the lockdowns on public gatherings were starting to happen in southern California.

“It was interesting to see how different the timelines were in different parts of the country,” he notes. “Some states moved faster than others, and balancing the messaging depending on the audience was challenging at first.”

Along with updates about service changes, the credit union has posted storybook reading videos for kids watching from home and featured the #StayTheFFHome campaign from Disney’s Freeform channel. In short, Ngiam says, “We stayed true to who we are on social.” cues icon