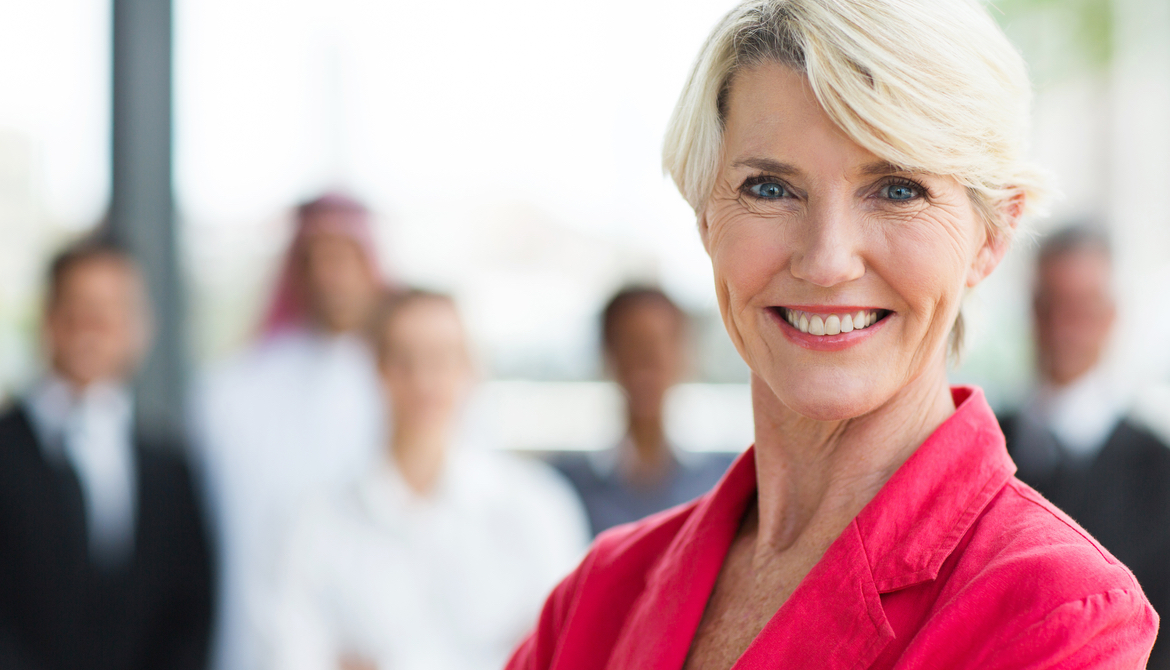 But does legislating board composition actually work?

According to multiple studies over the last two decades, companies with both men and women on their boards of directors are more likely to succeed on a host of metrics.

For instance, a 2019 Harvard Business Review article suggests that gender-diverse boards make sounder acquisition and investment decisions and are more prudent about taking risks than all-male boards are. And research from McKinsey & Company shows that “companies in the top quartile for gender diversity are 15% more likely to have financial returns above their respective national industry medians.”

Despite these impressive-sounding studies, the overall representation of women on corporate boards is still low. According to an advocacy group called 2020 Women on Boards, women accounted for 20.4% of directors at Russell 3000 Index companies as of June 30, 2019—surpassing the group’s initial modest goal of 20%. The group reports that 41% of the Russell 3000 companies still have only one or no women directors.

“It’s really important that women have opportunities not only from the bottom up, but top down,” says California State Senator Hannah-Beth Jackson, who co-authored the bill. 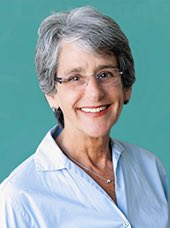 Hannah-Beth Jackson
State Senator
California
It’s really important that women have opportunities not only from the bottom up, but top down.

So, what are the implications of this new law for credit unions in California and beyond?

Financial penalties could be one. Public companies covered by the California law that don’t comply can be fined $100,000 in the first year of non-compliance, and $300,000 every year thereafter.

Reputational damage could be another implication. Even if they’re not based in California or another state that enacts similar laws, credit unions and other organizations with non-diverse boards may attract unfavorable attention from activists, customers and other stakeholders.

Complying with such laws and demands may come with costs, depending on how organizations go about it. But if credit unions choose to recruit women to fill existing board vacancies, or if directors remain volunteers, costs within the CU industry will rise little.

Fortunately, credit unions are already well ahead of nationwide trends when it comes to board diversity. According to a CUES report, The State of Credit Union Governance 2020, the average credit union board nationwide has nine members, and three of those are women. The survey also shows that increasing board diversity is the highest priority among credit unions when they are recruiting new members, with 53% of respondents ranking it among their top recruitment goals.

If credit unions want to bring more women onto their boards, what do they need to do?

A crucial step is to acknowledge that all organizations and individuals have unconscious biases, and to take steps to counteract them, says Maria Giammarco, a senior research associate with The Conference Board of Canada who studies issues related to female board membership.

“Implicit bias, in-group favoritism, gender discrimination—these are all part of the decision-making process, whether we intend them to be or not,” Giammarco says. “It impacts the way that we perceive people and make decisions, even if that’s not our explicit or our conscious intention.” Because most people and organizations are unaware of these biases, training and policies may be needed to counteract them, she says.

One very common blind spot, Myers says, is what she calls “like me” syndrome. “We are most comfortable with people who are ‘like’ us and have the same interests. If the board is mostly males, it is not unnatural for the subconscious to lean into a male candidate.” 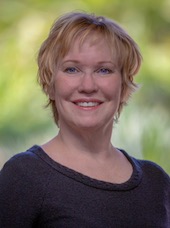 Deedee Myers, Ph.D.
CEO
DDJ Myers Ltd.
We are most comfortable with people who are ‘like’ us and have the same interests. If the board is mostly males, it is not unnatural for the subconscious to lean into a male candidate.

Many boards recruit new members from their circles of colleagues, suppliers and friends. They may ask advisors, such as insurance agents and accountants, for recommendations as well. As a result, organizations such as 2020 Women On Boards advise women seeking board positions to network extensively and to identify organizations most likely to need their skills and expertise.

On a related note, Myers counsels boards to analyze gaps in board composition and to develop director profiles outlining the experience, talents, soft skills and connections that the board needs a candidate to bring to the table.

If credit unions are looking for examples to follow, they could ask CUES member Sue Tatangelo, chair of the board of $950 million Ventura County Credit Union, Ventura, California. Throughout its 70-year history, Ventura County CU has always had at least one woman on its board; currently, five of the seven board members are female.

“I think it’s important to represent our members, and so you need a lot of perspectives to do that. And I do believe that we come to better decisions with diversity,” Tatangelo says. In fact, one of the credit union’s current priorities is to use its development candidate profiles to recruit more men to the board, to balance things out.

Not Everyone Believes in Legislation

Despite her credit union’s long history of diversity, Tatangelo isn’t sure the new California law was the right thing to do.

“That’s a tricky question, because to legislate it is a very different approach,” she says. “I serve on two boards—the credit union board and a non-profit for disabled people—and both of them are largely made up of women. So, from my circle, I didn’t see … it was necessary to legislate.” 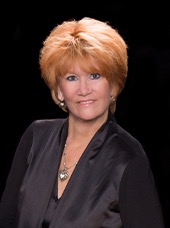 Sue Tatangelo
Chair
Ventura County Credit Union
I think it’s important to represent our members, and so you need a lot of perspectives to do that. And I do believe that we come to better decisions with diversity.

Others have been even more critical of the California approach. For example, Ronit Urman—past president of the Phoenix chapter of the National Association of Women Business Owners—has argued strongly against the new law. “If we want equality in the board room, we need to get there with our brains, not a quota,” she wrote in a 2019 blog post. “Forcing companies to accept women is government overreach.”

Two legal groups—the Pacific Legal Foundation and Judicial Watch—have taken their opposition to SB826 to the courts, arguing that the law is unconstitutional. Both cases are in progress.

Jackson says she is unfazed by the opposition. “Everybody has a right to bring a lawsuit,” she says. She does note, however, that the suits are not coming from the affected organizations. “No corporation that is compelled under this law to participate—not a single one—has filed a lawsuit.”

Do These Laws Succeed in Increasing Representation?

It isn’t entirely clear from the California government’s initial report on SB826, published in March 2020, how well companies are complying. Of the 625 corporations covered by the legislation, 282 reported that they did have the required number of women on their board. However, almost 300 companies didn’t file disclosure statements, so it’s unclear whether they have complied or not.

Jackson points to other surveys showing that most large companies are in compliance. “The S&P500 took this to heart, and now every S&P500 company has at least one woman on their corporate boards. … There are women on all but six of the companies that comprise the Russell 3000.”

Research on jurisdictions whose laws have been in place longer suggests that the membership of women on boards has increased in many of them. In one of the most striking examples, when France passed a bill similar to California’s in 2011, only 12.7% of directors of French companies were female. By 2019, that proportion had risen to 44.3%.

However, Giammarco cautions that many factors—including governance models and wide social interest in change—can affect the success of initiatives, so it’s not a case of one-size-fits-all when it comes to creating policies. “Every country is unique,” she says.

In fact, some jurisdictions are taking an alternate approach to encouraging female board membership. In 2015 in Canada, the Ontario Securities Commission began requiring all S&P/TSX companies to publicly report the number of women currently on their boards and their targets for female board representation—or explain why they chose not to report them. This approach, known colloquially as “comply or explain,” has been used in several other countries.

The Canadian initiative appears to be working. Research from TD Bank Group shows that the percentage of Canadian S&P/TSX companies whose boards have no female members dropped from 40% in 2014 to 7.5% in 2018. However, an advocate who strongly backed California’s legislation is skeptical the C/E approach will work in the American context.

“[Other states have] introduced bills to their legislatures that initially mirrored our California law SB826, but going through committees, they were all watered down to simply requiring companies to ‘report their diversity efforts on boards and senior management.’ That will do nothing to get more women on public company boards,” says Betsy Berkhemer-Credaire, past president of NAWBO-California and CEO of 2020 Women On Boards.

California’s experience bears that skepticism out. In 2013, Jackson learned that women held just 15.5% of board seats in California, so she proposed a resolution urging companies to add more female board members—a mild version of C/E. While that resolution passed, five years later the proportion of women on boards had inched up by only half a percentage point, to 16%. “It was very clear that we were not making much progress, and that’s the reason that I introduced [the new California] legislation,” Jackson says.

Will other states follow California’s lead? Berkhemer-Credaire, for one, doubts it, but she doesn’t seem overly bothered by that fact.

“SB826 has made history, and it doesn’t matter if no other states pass similar laws. The mere fact that it passed in California has had a profound ripple effect across the country, making companies embarrassed not to have women and people of color on their boards.”

Looking to the Future

Whether legislated or not, it seems that pressure is coming to bear on organizations to be more diverse—and not just in terms of gender. Canada is poised to become one of the first jurisdictions in the world to have C/E requirements for all four of its employment equity categories—Indigenous people, visible minorities, persons with disabilities and women. Forward-thinking credit unions would be wise to get ahead of the trend. cues icon

Based in Ottawa, Ontario, Laura Byrne Paquet writes about travel and business.