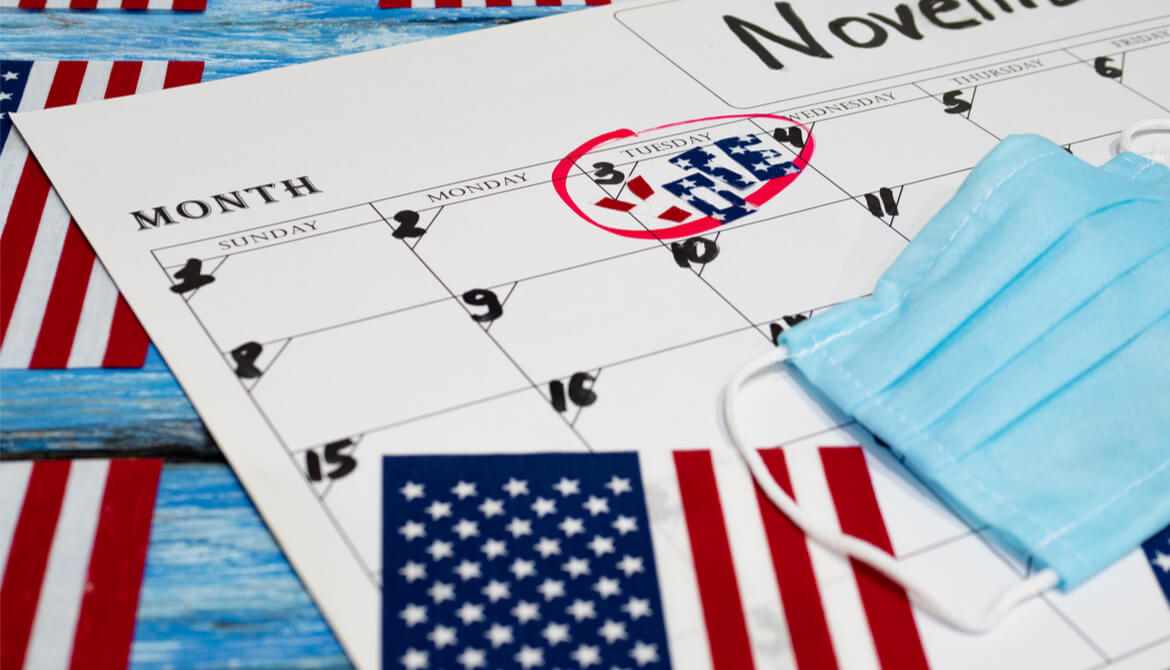 In this pandemic era, CUs are providing time off, incentives, and services like photocopying and notarizing.

Democratic governance is so important to cooperatives, including credit unions, that it is the second of seven international cooperative principles:

Cooperatives are democratic organizations controlled by their members, who actively participate in setting their policies and making decisions. Men and women serving as elected representatives are accountable to the membership. In primary cooperatives, members have equal voting rights (one member, one vote) and cooperatives at other levels are also organized in a democratic manner.

With this emphasis on the democratic process among cooperatives, it’s not surprising that many U.S. credit unions are helping their staff and community members vote in this fall’s national general election.

“Voting is how democratic firms (cooperatives) and countries sustain effectiveness and legitimacy,” wrote Chip Filson in his Sept. 15 blog, “The Essence of Democracy: Voting.” Filson is a former National Credit Union Administration regulator and a co-founder of Callahan and Associates. “For citizens, it is an important civic duty in all circumstances requiring elected office holders. … For co-op owners, it is the process that undergirds sound governance.”

$400 million Securityplus Federal Credit Union, Baltimore, announced in early September that it would close on election day, Nov. 3, and treat it as a paid day off for staff.

“We felt like our employees and families have endured a high amount of stress and anxiety this year and don't need additional stress in trying to exercise their fundamental right to vote while balancing work/life obligations,” says CUES member Brett Noll, CME, CEO. “Additionally, because this year has been so turbulent, we are ensuring that if there are challenges with voting as a result of the pandemic or other factors, our staff will have the time to deal with any issues that might arise.”

According to the credit union’s press release, Securityplus FCU is strongly encouraging staff to use the time granted to exercise their right to vote, help others cast their vote or volunteer to work at the polls. Noll notes that he doesn’t currently plan to make the day off for voting an annual occurrence.

Both Velocity Credit Union in Austin, Texas, and Border Federal Credit Union, Del Rio, Texas, are providing paid time off to go vote—and additional incentives for employees to do so.

$950 million Velocity CU announced in early October that it would provide all of its approximately 200 employees two paid hours off during the early voting period in Texas, Oct. 13-30, as a way to remind them that their vote is their voice and to encourage them to use it.

In addition, the credit union is awarding points to employees who vote that can be redeemed for merchandise, gift cards, additional time off and other work perks via the company’s internal employee recognition and rewards program.

“During these unfamiliar times, Velocity’s employees, as providers of an essential service, have taken on an unusual amount of change and disruption in order to continue providing the high-quality service that our members take for granted,” said Velocity CU President/CEO Debbie Mitchell. “We hope to make things a little easier for our staff by enabling them to vote early and avoid the potentially long lines and large crowds many expect on election day, Nov. 3, and to reward them for exercising that right.”

The personnel policy of Border FCU, a community development and low-income designated credit union with $193 million in assets, allows staff paid time off to go vote in any election, according to CUES member Maria Martinez, president/CEO.

“We promote voting in-house through email reminders and on social media for any of our followers,” she says. “I also encourage our management team to invite other staff and carpool to go vote. Border FCU is known in our community as one that goes to vote in groups. Using the ‘honor system,’ we ask each staff to let us know once they have voted and we enter their names for gift card drawings.

“This year more than ever we will encourage our staff to go vote as soon as early voting starts,” Martinez adds. “We will be doing more posts on social media encouraging people to go out to vote. We will continue doing the incentive for our staff.”

Supporting the Public in Voting

Participating banks and credit unions are offering free photocopying of identification required for absentee voting and/or free absentee ballot notarization in their lobbies and/or drive-thrus.

“Banks and credit unions are in almost every community in Oklahoma,” said Paul Ziriax, secretary of the state election board, at the time of the announcement. “They’re our neighbors and community partners and they realize the importance of democracy. That’s why we’re excited to work with these financial institutions to ensure that every voter—both customers and non-customers alike—have free and convenient absentee services available to them.”

Filson underscores that supporting democratic processes like elections is a winning proposition for credit unions and for government.

“Elections have winners and losers,” Filson writes. “However, practicing the responsibility of voting creates a win for democracy, whether in a credit union or for a public office.”

Martinez has a very special perspective on the value of voting.

“As leaders within our credit union system, we should encourage voting responsibility,” she says. “Although I was not born in this country, I became a U.S. citizen as an adult while working for Border FCU because I wanted the opportunity to vote and have a voice in the democratic process. Every vote counts, and we must all partake in the process.”