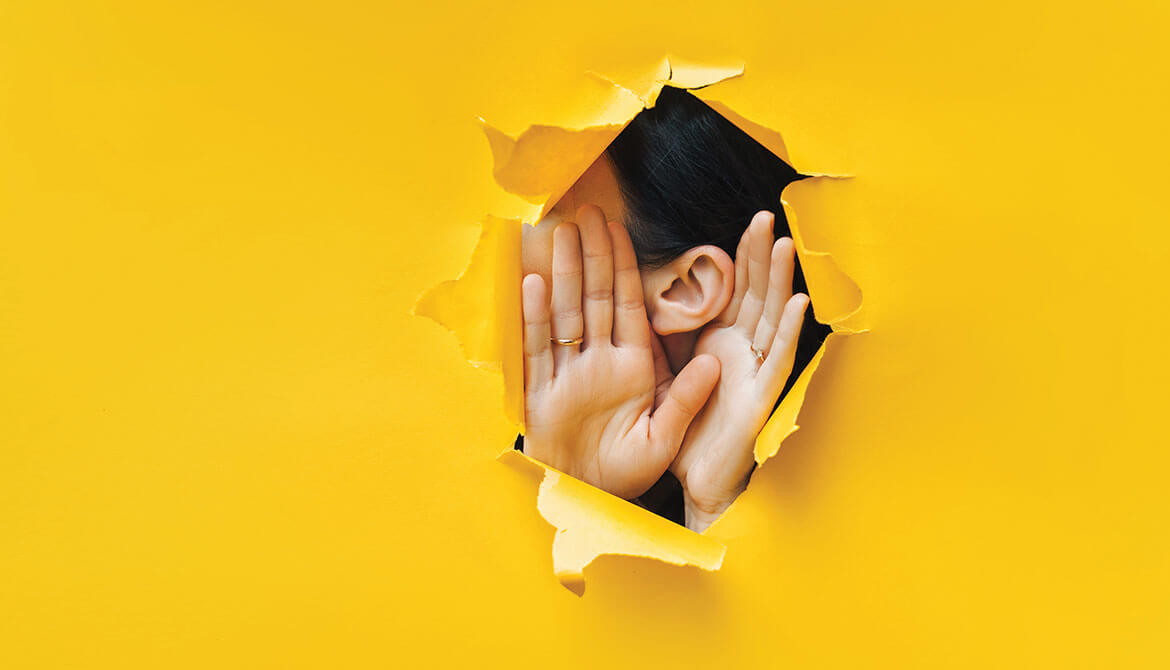 If you want your credit union to be innovative, don’t focus too hard on that goal; if you do, it may make it tougher to succeed.

Instead, you should focus on listening to your staff, encouraging and developing diverse viewpoints, and ensuring your employees have some free time to do nothing but think.

Experts agree that this seemingly indirect, round-about approach to innovation is the best way to actually find new ideas.

Innovation expert and author Alf Rehn, professor of innovation, design and management at the University of Southern Denmark in Odense, says he often runs into skepticism from top executives at Fortune 500 companies when he recommends this approach.

“A culture that is listening might sound like a fuzzy thing to start from, but I often emphasize to CEOs: You can run tons of innovation management workshops and you can run competitions, but if the organization sees that this is just a playground for the same people all the time—often middle-class white guys—you will fail.”

In many cases, Rehn’s job as an advisor is to persuade managers to do less, at least directly. He notes that many leaders realize innovation is important so “they shout downwards in the organization, demanding that somebody do something.”

But instead of success, this approach “means innovation can quickly become just one more tool management has to beat their employees over the head.”

Ideas Are Plentiful, But …

There is no shortage of ideas for changes and improvements in the work we do.

“As human beings, we are innovators by nature,” Rehn says. “I’ve worked with hundreds of organizations all over the planet, and I’ve never met a single organization that lacks ideas or lacks innovation. The problem is that organizations and managers are very good at trying to kill this instinct in us.

“Be it through bureaucracies, be it through complex budgeting systems, or simply through microaggressions, managers are killing a lot of the innovation potential that companies have.”

A report by Gallup says that for innovation to blossom, it must be embedded in the organizational culture. Unfortunately, it found just 38% of employees say their company asks for their input on changes affecting their work and only 20% say their job allows them to share and work on their most creative ideas.

“Quite often we see that organizations have become so browbeaten, so used to management not truly listening, or truly supporting new ideas, or innovation, that they seem to stop caring, they seem to stop bringing their innovative selves to work,” Rehn says. “They channel that innovation energy elsewhere—be it the PTA meeting or just around the house.”

Alf Rehn
Professor of Innovation, Design and Management
University of Southern Denmark
As human beings, we are innovators by nature.

Once you start gathering all the ideas generated by your staff, you’ll need a system to collect, handle and prioritize them.

Author, consultant and fintech innovator Rich Turrin says a large bank once asked for his help. It had held a large innovation event and gathered thousands of suggestions.

“Surprisingly, they had no means of prioritizing the suggestions,” he says.

Turrin’s advice is that companies develop a way to evaluate and prioritize ideas at the start of the process.

“Telling everyone that their ideas are great will make them happy for 10 minutes, then make them depressed when they see nothing is done. Level with them as to why you can or can’t use their suggestion.”

Members Development Company, a credit union service organization in Madison, Wisconsin, owned by almost 70 credit unions and credit union entities, runs NextUP, an annual program that gathers one employee from each owner to create new ideas for products, services or processes. These ideas often become development projects for MDC after they are presented to the CUSO’s owners for approval. Participants also gain innovation techniques and idea development skills they can take back to their credit unions.

The NextUP program used to be the Innovation Council, a smaller group largely consisting of a few credit union CEOs, but the CUSO finds the broader approach is a much more effective method, says Sarah Lietz, MDC’s chief experience officer.

Kent Zimmer, the former SVP of MDC who led NextUP’s transformation from the council, agrees. “The program’s idea-generating sessions benefit from a diversity of backgrounds and insights from people across the country who share ideas.”

Michael El Koubi, marketing and communications manager for MDC, says many of MDC’s credit unions have dedicated innovation staff and programs to encourage all employees to participate in innovation by suggesting ideas that then go to a committee that is responsible for selecting what goes forward.

Lietz says a year and a half ago MDC surveyed its credit unions about the biggest barriers to innovation in their organizations. “The top two answers were at opposite ends of the spectrum: The first was culture, and the second was the need for the practical tools and skills to actually get something done.”

She says MDC is tackling both those issues. On the culture side, the CUSO has created a playbook that profiles companies with strong cultures of innovation and provides a six-step process for transforming a static organization into a more innovative one. On the skills side, the intense experience provided by the NextUP program gives each owner’s staff the opportunity to experience innovation firsthand and learn how to take an idea from the back of the napkin to the presentation stage.

Turrin says he encourages managers to keep in close contact with their tech staff so they can be alerted to new products or technologies coming their way from outside the organization. He says this is particularly important for smaller firms, like credit unions, that outsource much of their technology work. “They need to drive them to learn what is available, as they are downstream of the innovation rolled out by the software vendors,” he adds.

Rehn’s latest book is called Innovation for the Fatigued. In it, he argues that in many companies the approach to innovation has become rote and mind-numbing. He says when he first started consulting 20 years ago, he would introduce himself to employees and be welcomed with open arms. The current reality struck him last year when he made his standard introduction at one company session, explaining what he was there to do, and people threw their hands up and said, “Not another one, not this again.” Later, an employee asked: “Why are you here now? We usually do innovation in April.”

He realized the whole approach to innovation was stale and had simply become something people plugged into their calendars.

“We had managed to turn innovation into routine, something boring that actually tired people,” Rehn says.

What Leaders Can Do

“Companies should think long and hard about how they can make innovation something that their people actually are proud of, not just one more management buzzword,” Rehn says. “We need better innovation; we need deep innovation that would actually change the world. I see a tremendous opportunity for credit union innovation, but it needs to start solving the right problems. For example, I have many fintech apps on my phone that make my life simpler, but I don’t need another one. But people really need apps that will solve the needs of the unbanked.”

Boards and CEOs need to set the broad parameters and say: Here are the areas we want you to think about. “Raising the innovation bar—that should be something that CEOs and boards take very seriously, particularly when you look at the up-and-coming generations. They want to solve problems; they want to actually do meaningful work.”

Rehn argues that innovation can be a source of stress if executives demand it without giving clear guidelines.

“At the same time, stress generally is the enemy of innovation because if people are pushed too far, if people feel that their entire lives are just one long Zoom call after another, they will not have that kind of space for imagination, flights of fancy, ideation, from which all innovation springs.”

He warns that many companies “think innovation is a problem you can solve by throwing money at it. Money is far more rarely the problem than you think.”
The key ingredient is time.

“Time is the magic essence,” Rehn says. “Innovation demands periods of calm, periods where we can ponder, where we can allow our minds to wander, and think about some of the ideas that may be lurking in our subconscious that we don’t pay enough attention to.”  cues icon

Art Chamberlain is a writer based in Campbellford, Ontario, with almost 15 years of experience working with and writing about credit unions.