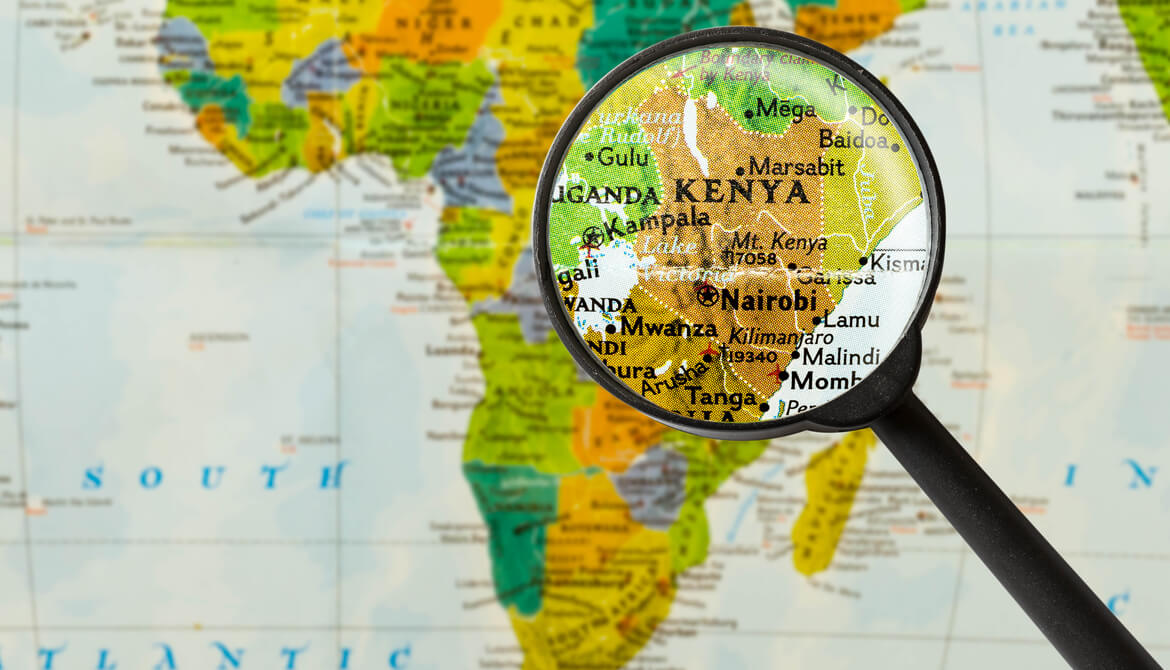 While attending church one Sunday, David Mategwa, ADE, I-CUDE, board chair of Kenya National Police DT SACCO (credit union), saw a problem in his community. Students with physical disabilities from the nearby Don Bosco Special School in Likuyani were crawling on the ground due to a lack of wheelchairs.

An African Development Educator, Mategwa decided to do something about it. First, he became a benefactor of the school, donating wheelchairs and scholarship funds. And then, in 2017, he called in his international credit union network.

Fast-forward four years and the children who need wheelchairs not only have wheelchairs, but higher-quality ones. The school now has about 165 students and 18 teachers (including three student teachers), up from 57 students and seven teachers. Test scores and reading levels are also up—and students from the school are going on to secondary education much more often.

In addition, the dorms have new mattresses, and the ones that had been through years of bed-wetting have been removed. The kitchen has running water, and the dorms should have running water and flushing toilets by the time you read this. Replacing the outhouses with indoor plumbing will be great for all the students and especially for those who use wheelchairs! Jasco Foundation was the sole donor for both the kitchen and bathroom work.

In honor of International Credit Union Day 2021, here’s an update on what credit union people have done for the Don Bosco Special School so far—and how you can help, if you wish.

Rempe says he was drawn to the Don Bosco Special School project because he values equity and inclusion—“equity because Don Bosco was under-resourced (facilities, teachers, curriculum) compared to the other elementary school next door, inclusion by including students who are differently abled into a quality education.”

Rempe credits Mount St. Mary for enabling his first and his continuing efforts to help Don Bosco Special School. Mount St. Mary sent teachers to Kenya in 2018 to spend time with teachers and students at Don Bosco. With significant support from the credit union movement, Mount St. Mary and the African Cooperative Development Foundation completed a three-classroom addition at Don Bosco in June 2018.

A Cooperatively Built Community Center/Library, Too

With the success of the first building project, Mount St. Mary and the African Cooperative Development Foundation partnered with Connecticut-based non-profit American Friends of Kenya in 2019 to build, stock and sustain a community library at Don Bosco Special School. More than $25,000 was raised, mostly through crowdfunding. Both the CUNA Mutual and the Jasco foundations gave significant donations toward the library building.

In June 2019, Credit Union Development Educators from the U.S. and Canada joined the partners on a trip to Kenya to further upgrade the school. Together they:

In a recent email to Credit Union Development Educators and other interested people, Lois Kitsch, I-CUDE, reported that the community center/library is now open six days a week and getting 800 to 1,000 visits each week.

“The kids love to come,” wrote Kitsch, who had a long career with the National Credit Union Foundation and is a co-founder cu.difference and chairman of the African Cooperative Development Foundation. “They play games and read—and read and read.

“The exciting thing is the center is now also being frequented by adults who also want access to books,” she continued. “The children are allowed to check out books but mostly prefer to read at the center. They also like to play games (though we need to increase the number available to them). Neighboring schools have library day and bring whole classes to the center at once. Those not close use the center on school holidays, many of them walking 5 kilometers or more to get there.”

In addition, Kitsch detailed in her email, the community center will soon be starting to show outdoor movies using electronic equipment provided by Bo McDonald of Your Marketing Company.

“There is no place in the entire community to see a movie, and I am told this will be an appreciated new addition to the center’s community activities,” she wrote.

This video includes a segment about the school that starts at 2:34.

How You Can Help

According to Kitsch, there are several ways credit union people can support the Don Bosco Special School and Likuyani Community Center at present: