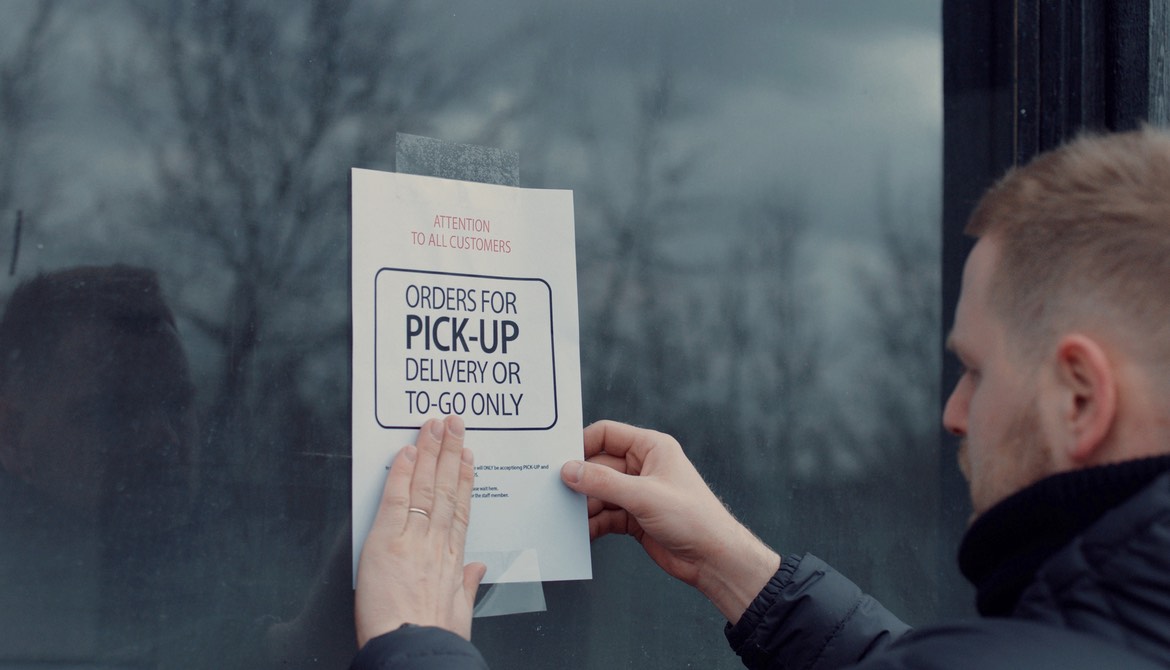 For more on the state of Canadian business support, read this article. And here's the Fed's April 9 update.

It’s certainly not business as usual. “Thousands of government-sponsored Paycheck Protection Program loan requests could be pouring into banks and credit unions this spring,” predicts Jim Devine, CEO of Hipereon, Kirkland, Washington. “The underwriting will have to be done quickly and consistently and loan documentation provided so that these funds can be made available ASAP.”

Such activity has not been unusual. At the end of a rocky March, CUs with business members already were busy modifying existing loans to defer payments, reports Larry Middleman, president, CEO and founder of CU Business Group LLC, a Portland, Oregon-based credit union service organization.

Things could get worse. “We have major concerns that business members will still miss loan payments,” Devine warns. “That’s coming, and CUs have to be ready. They have to protect their repayment rights and promptly notify borrowers when they are in default, but what to do next is the … question. CUs need to prepare a workout process.”

$6.2 billion Ent Credit Union, Colorado Springs, has some working capital lines in its $300,000 business loan portfolio, according to CUES member Bill Vogeney, chief revenue officer (a role that includes overseeing lending), but most of it is term loans secured by commercial real estate. Those include owner-occupied office buildings, and Ent is getting calls from those owners, who have learned that many of their tenants have shut down and are unable to make rent payments.

“We have modification programs that can lower interest rates, but these landlords are asking for deferred payments and we’re starting to grant 90-day deferrals on the fly in cases where it makes sense. We’ve had quite a few such requests,” he says.

Is this stretching Ent’s risk tolerance? Vogeney shrugs. “This is unprecedented, so it’s hard to apply conventional wisdom. We saw some projections from CUNA Mutual’s chief economist that the dive will be deeper and occur faster than what we saw in the Great Recession,” he reports.

“There is a lot of relief coming. We want to play a useful supporting role without duplicating or complicating the relief from the government. We have data scientists studying that landscape to see how we can identify and respond to liquidity gaps.”

One area getting attention, Morales says, is overdraft policy for business checking accounts. “We’re reviewing our entire product, fee and overdraft practices in light of what’s happening,” he says.

Washington State ECU has a few business lines of credit, but the functioning working capital line for most small-business members is the business credit card or even the proprietor’s personal credit card, Morales says.

“We haven’t seen a lot of activity there yet, but we know it’s coming,” he says. “There could be a need to increase limits, defer payments, reduce rates or convert balances into loans. We’re looking to be there for our members and supply credit, but do it scientifically, in a data-driven way. We’ll rely on models that have been tested.”

Business members of $650 million Align Credit Union, a U.S. Small Business Administration lender based in Lowell, Massachusetts, are not asking to borrow more, reports Andrew Patton, VP/commercial lending, but some are asking for a little forbearance.

“We get calls daily from businesses that want to discuss how to handle their next payment or two,” he says. “They may be a restaurant or hair salon that is closed and not getting the revenue they were counting on to service their loan. We’re deferring payments for some until July 1. And we are proactively contacting some businesses that would be feeling the most impact. Some say they are fine. Others are worried.”

Most CUs will try to accommodate existing business members who apply rather than promote PPP loans in a marketing campaign, Middleman predicts. Interest on PPP loans cannot exceed 4% and can’t include fees or prepayment penalties, he notes.

Business loans that looked solid in a strong economy must now be closely monitored, Middleman cautions. All the classic sources of repayment—income from business operations, collateral value, the strength of the borrower’s personal guarantee—need to be monitored closely, he says. Real estate values are in jeopardy, he notes. Personal guarantees based on wealth now may be overstated. It’s time to ask for updated financials, he adds.

A key thing CUs can do to help their small business members get through the coronavirus crisis is to stay healthy themselves, notes Rohit Arora, CEO of Biz2Credit.

“The crisis has increased credit risk in many cases, which means that CUs need to be cautious, not bold,” he says. The credit and liquidity many small businesses need will come from government programs, he explains. Fiduciary duty limits how CUs can respond. “You can’t lend to a business that is not operating, even temporarily.”

Technology matters more than ever, asserts consultant Richard Crone, founder of Crone Consulting LLC, San Carlos, California. Cash flow will be an issue for small businesses through the spring, he says, and CUs can be most helpful by accommodating things like remote check deposit.

Like most CU lenders, Patton is not operating from a reliable forecast of economic activity beyond a few weeks.

“Hopefully we’ll be able to address the situation with more clarity and better data in May or June,” he suggests, “but for now we’re in unchartered territory and nobody knows when business activity will resume and how much customers will come back. We’re just making short-term decisions.”

Crone offers some additional ideas for things credit unions could do now to serve business members well now and into the future:

The fallout of the COVID-19 pandemic “could accelerate dislocations we were already seeing,” Vogeney observes, “like the decline of brick-and-mortar retail. The swing to the Amazon model of online retail just got bigger. Amazon is thriving and hiring like crazy. Restaurants could emerge as commercial kitchens for food delivery networks. It will definitely require some new thinking about commercial lending strategies.”