Participating credit unions reported pay increases and bonuses raising compensation in the median range of 5-7% for a majority of executive positions included in the CUES Executive Compensation survey. 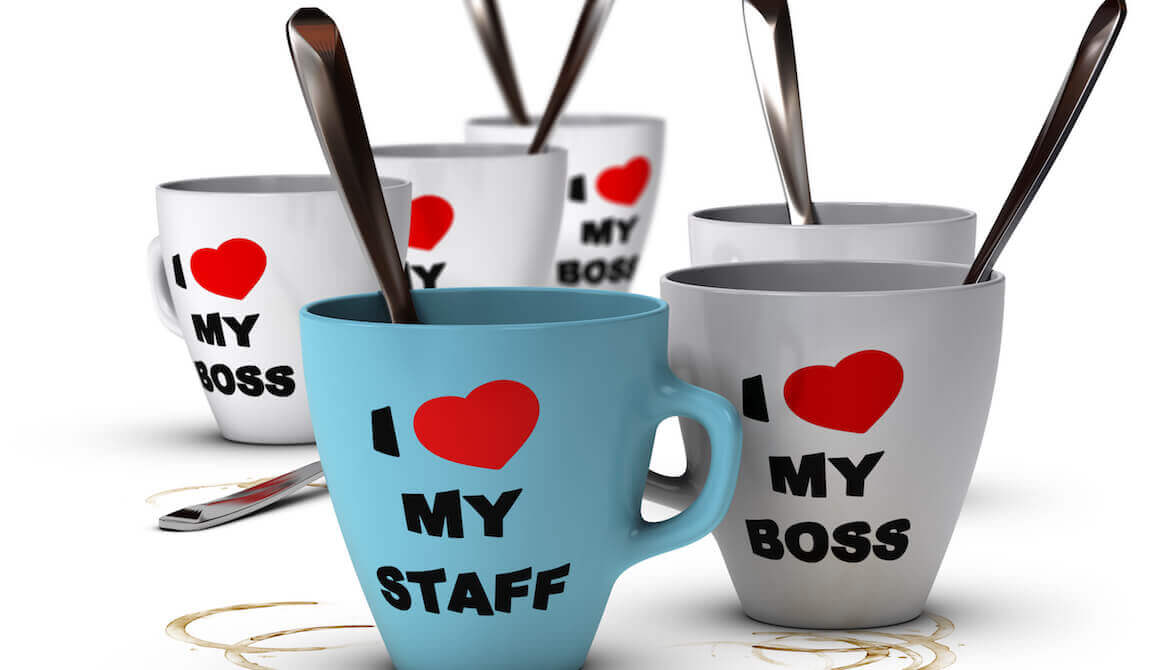 Fort Financial CU management recognized that through improved staff engagement, the other strategic priorities would be more attainable. Wow, were they ever! Since their first survey project in 2016, Fort Financial CU has seen the following dramatic growth:

Along with these notable accomplishments, Fort Financial CU saw the biggest improvement of all my credit union clients in both its employee engagement and satisfaction averages comparing the 2017 survey project to the 2016 project.

According to Steve Collins, president/CEO of Fort Financial CU, “The engagement survey helped shed some light on certain areas and helped validate what we thought we already knew. It helped validate where specific improvements needed to be made. In some cases, it helped motivate us to do some of the things we wanted to do, and they rose to the top of the priority list.”

Here are just a few highlights of the employee survey results in 2017:

Each year, People Perspectives LLC does numerous employee engagement and satisfaction surveys for CUs across the country. A few years ago, we decided to highlight what we saw as the “good works” of our clients—areas with high ratings across different dimensions of satisfaction and engagement given anonymously by their staff. From this, the annual Distinguished Credit Union award was created.

Because of its commitment, Fort Financial CU’s overall averages were among the top 10 percent of our clients in 2017. And because of the CU’s dedication to improving its employees’ workplace satisfaction and engagement, we named Fort Financial CU as our 2017 Distinguished Credit Union of the Year.

Fort Financial CU had one of the top averages of all our clients in the compensation satisfaction dimension in 2017. Although a few salary adjustments were made, Collins attributes the change in employee perceptions to the transparency that they implemented in discussing compensation.

This first started with the managers. “We previously witnessed that an employee may go to his or her manager and question their pay rate or annual merit increase. The supervisor, in turn, would call their VP or HR to let them explain the rate or process. Moving forward, before merit increases were distributed, we had a meeting with all supervisors. We distributed a copy of each of the salary ranges of the positions in their branch or department. We then gave them a copy of multiple salary surveys that we review each year. We used this to demonstrate how diligent we are to ensure our salary ranges are fair and competitive.

“When the employees received their merit increase, they also received a ‘total compensation’ worksheet. This sheet not only showed them their rate of pay but also the costs of all benefits. It also opened up the conversation to remind them of benefits they may have forgotten about. It was very well-received by the staff.”

Beyond the communication strategy, Fort Financial CU did make concrete changes to its compensation. For example, starting wages increased by about 50 cents per hour. This also applied to existing employees, as they were brought up to the new rate, plus they were given their annual merit increases. Also, with their branches located inside of a grocery chain, those branch employees were paid an additional $1 per hour, to reward them for working the evenings and later hours that the stores were open.

Another innovative compensation idea involved the CU’s mentor program. Mentors at Fort Financial CU are assigned to new employees at their branch. The mentor is the new employee’s go-to person for further orientation and training.

As Collins explains, “I wanted the mentor to have ‘skin in the game’ and to truly care about the success and longevity of the trainee. Plus, if they were accepting additional responsibilities, they should be rewarded for that as such. If someone accepted the role of being a mentor, they received an additional 25 cents per hour, for as long as their trainee stayed employed. If the mentor continued to do a good job, they could be assigned another trainee, and then another, and each time receive a 25 cents bump for each trainee. But if one of the trainees leaves, the 25 cents leaves too.”

Department satisfaction is often a tough dimension to get your head around. Departments tend to be unique in what they do for the credit union, with dynamic personalities in each. But Collins has some clear theories as to why their averages were so high on this dimension across the CU.

Each department at Fort Financial CU is relatively small and therefore must work as a team much of the time. Moreover, management tries to emphasize that employees own their jobs. Oftentimes, when credit unions try to change employee engagement and satisfaction, they implement a top-down strategy, with most things being management-directed.

According to Collins, however, Fort Financial CU implemented an employee initiative: “You must be a participant in your own rescue.” When results of the employee engagement and satisfaction survey were shared with staff at the department level, the top areas were highlighted, and when the bottom areas were discussed, department employees were asked to “come up with a game plan on what they could do to help improve the results. Many of these scores were low because information was not adequately shared, communication was not great or there was not sufficient coaching taking place,” says Collins.

When the individual departments’ game plans were submitted to Collins, employees were told that the initiatives would be tracked to ensure that they were sticking to them. According to Collins, there was an obvious correlation between higher engagement scores and higher buy-in to this initiative.

With such dramatic improvements in employee engagement and satisfaction over just a 12-month period, Collins offers comprehensive ideas for why such extraordinary change occurred, starting with himself: “I feel that I, as CEO, had to make a commitment to communicate better and more often. We now conduct a branch tour and staff meeting at least annually. I do an all-staff presentation to summarize our business plan for the coming year. And our executive staff overall considers communication with the staff as part of every plan and decision. We try to never let someone be surprised by our actions or decisions.”

Furthermore, “We do not believe we are perfect and we readily admit when we missed the mark. My mother taught me to be quick to ask for forgiveness and admit what you should have done and will do the next time. This creates unity and a commitment for a better future.”

In closing, Collins adds, “I believe a big factor of this improvement was because we showed we (management) are also committed to them. We want a better environment too; we want engaged staff, and we work to improve just as much as we ask from them.”

Kerry Liberman is the president of People Perspectives LLC, a consulting firm that specializes in conducting employee engagement and satisfaction surveys for credit unions. She can be reached at kliberman@peopleperspectives.com or 206.451.4218.