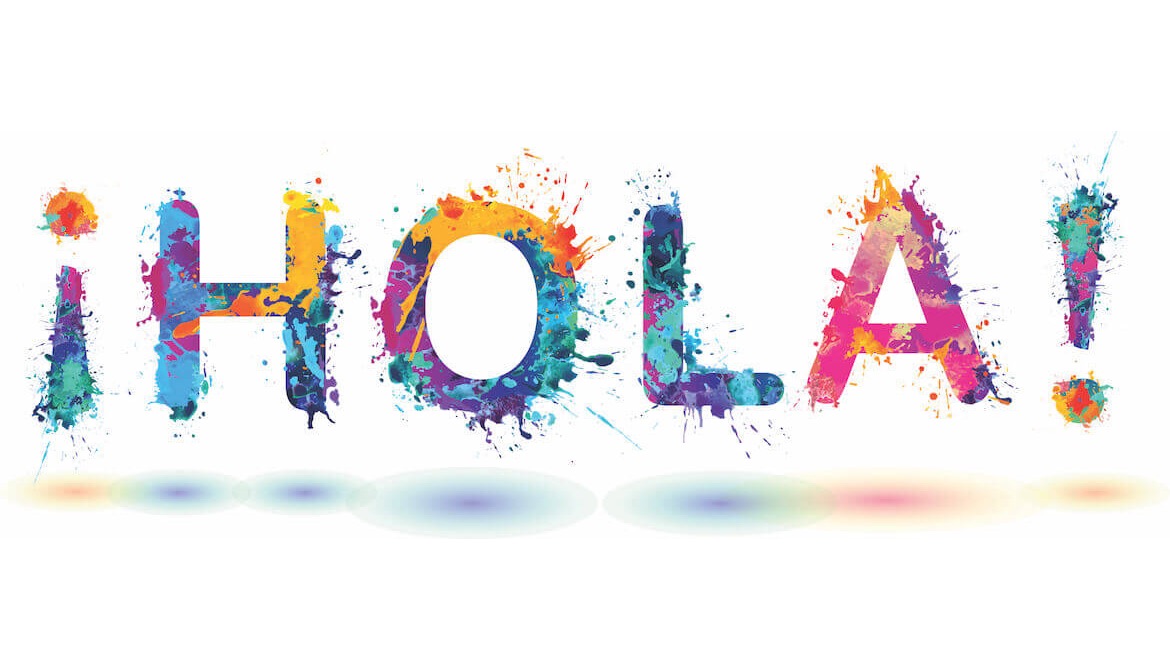 As credit unions seek to grow their memberships, some are focusing on attracting more Hispanic members, since in many areas this demographic is growing faster than any other. As an additional inducement, this market is one that is frequently underserved, therefore representing a significant opportunity for credit unions.

Consider $1.5 billion Kern Schools Federal Credit Union, with 400 full-time equivalent team members, Bakersfield, Calif. Hispanics comprise about half the population of the communities they serve, says CUES member Michael George, CCE, SVP/chief marketing, innovation and advocacy officer. Although they originally started looking at Hispanic marketing as early as 2002, they began specifically targeting this demographic in 2016, desiring to have their membership more closely mirror the community.

“As we were coming out of the financial crisis in 2010—and Bakersfield was hit particularly hard—we decided to conduct research to find out who our members were, what our community looked like and if we reflected that,” he recalls. “We discovered, given the demographics, that it made sense to market more deeply to the Hispanic population.”

Since the CU began courting this population, Hispanic membership has risen from 39 percent up to 42 percent, reflecting an 8.52 percent growth in Hispanic members (from April 2016 through June 2017).

At $28 million Wakota Federal Credit Union, South St. Paul, Minn., Hispanics make up 10 percent of membership. Of these, 63 percent prefer speaking Spanish and 89 percent identify as Mexican, says Mary Matheson, president/CEO of the CU, which has nine full-time and three part-time employees. The CU’s research, conducted with the assistance of a Hispanic consulting firm, revealed that the local community’s Hispanic population was growing more than any other demographic.

During a 2013 planning session, Matheson says the CU’s leaders discussed this increase and the fact this population seemed to be ignored by financial institutions.

“We were not aware of any credit unions reaching out to this potential membership,” she says. “The board and management decided research on how to assist this demographic would be part of our five-year growth plan. Our community credit union was seeing very little traditional growth. Not only did we want to serve this underserved demographic, but we also felt this would help grow our younger membership.”

Thanks in part to this outreach, “our credit union has more growth with Hispanics than with any other demographic,” says Matheson. While many other small credit unions have experienced negative membership growth, Wakota FCU continues to see its membership growth increase by 2 to 3 percent annually. Loans and deposits have risen as well.

“Credit unions must remain relevant to the communities they serve, and when one in six U.S. residents today is Hispanic, there should be no excuse for not being representative of this demographic,” she says, adding that almost one in two U.S. Hispanics are “unbanked or underbanked.”

But don’t assume when trying to reach this market that one strategy is going to fit all; De Dios Woodward cautions that tactics must vary depending on the segment a credit union is targeting—there are 22 Spanish-speaking Latin American countries, and U.S.-born Hispanics may be very different from their parents or grandparents, she says. However, despite the variables, key elements remain constant: building trust and offering a culturally relevant experience.

“We identified the Hispanic market as a segment to which we could provide needed financial assistance and guidance,” he explains. “Educating and growing the bilingual segments of our markets would help us grow as an organization and provide products and services that weren’t being provided successfully by area competitors. And clearly, they are more likely to do business with someone they know and consider their friend.”

“This ensures the Hispanic community we’re here for them and are a preferred place of business,” explains Hanshaw.

In addition, the CU obtained certification as a Community Development Financial Institution in 2017, enabling it to apply for grants to be more inclusive and offer more services to the Hispanic market (among others).

Matheson says as Wakota FCU began exploring how to win the trust of the Hispanic community and how to best serve them, her team became aware there was a large population of non-citizens who avoided financial institutions over fears of deportation.

“This group is gainfully employed and pays taxes using assigned ITINs,” she says. “Their main need wasn’t having a place to safely deposit their wages but having a place that would finance reliable autos without high fees and interest.”

In response, in late 2015, the credit union began offering thin-file or no-credit non-citizen loans, adjusting the underwriting to mitigate risk. (At the time, these loans were designated “B credit” and priced 2 percent higher than “A credit.”) Word spread, says Matheson, and the CU was “inundated” with auto loans, more than it was able to safely approve.

“In early 2016, we became painfully aware we hadn’t mitigated underwriting risk nor priced correctly for the risk we’d taken on,” she recalls. “We temporarily discontinued the non-citizen lending program.

“However, we were accepted into a non-citizen pilot program through Filene Research [Institute] in May 2016,” Matheson continues. “We gained best practices from other non-citizen established credit unions.”

Despite the hiccup, Matheson says serving non-citizens has been one of Wakota FCU's most effective tactics in reaching this market, as has partnering with Hispanic businesses. Word-of-mouth from existing Spanish-speaking members and staff has also proven successful.

Still, the majority of their new members—particularly those interested in obtaining auto loans—come from Wakota FCU’s indirect loan program with Latino dealerships. “We do require non-citizens to come to our office to close,” says Matheson. “However, Hispanic citizens with Socials are able to close at the dealership.”

Advertise in Their Language

Matheson says Wakota FCU markets in both Spanish and English. In addition to “actively engaging with their Latino dealerships” throughout 2017, the CU continually advertises,  both in Spanish and English, in La Voz, a free local Spanish language newspaper for the southwest metro Twin Cities area.

The CU also advertises on social media, and this year it plans on adding a commercial in Spanish by updating an existing animated ad about the credit union difference. The ad will be placed on internet sites, social media and local cable channels.

But the best results come from working with Hispanic organizations in the community.  “For now, our relationships within the Hispanic community seem to generate enough new members for us to accommodate with our current bilingual staff,” she says.

“Following the Great Recession, we refocused our mission, dedicating ourselves to community development,” says Nelson. “We received our Low-Income Designation from NCUA in 2013, and received our community charter and our CDFI certification from the U.S. Treasury in 2016. In 2016, we received our Juntos Avanzamos designation for our service to and support of the Hispanic community.”

Hispanic and Latino members comprise 18 percent of the credit union’s membership, whereas this demographic accounts for 9.4 percent of Portland’s Hispanic population.

Point West CU, which doesn’t rely on traditional advertising to reach immigrant members, has found success in attracting this population through establishing partnerships with entities like the Mexican Consulate of Portland, Centro Cultural, Virginia Garcia and Hacienda CDC, engaging with the community through various events, programs and onsite collaborations.

“Still, the credit union’s most prolific source of new multicultural members is through referrals from current clients who share their positive experience with family and friends,” Nelson says. “… Point West CU’s fastest-growing demographic is its Hispanic membership.”

Developing partnerships is one of the best ways to reach this group, build trust and become culturally relevant, says De Dios Woodward, who advises credit unions to do more than just in-language or bilingual messaging through the usual advertising vehicles.

Instead, marketing effectively to this population may require co-branding or co-marketing with community organizations already serving that population and deploying more grassroots tactics, she says.

“We have a ‘Crew of the Week,’ where every other week, we partner with a local radio station and go out to the agricultural fields to educate the workers about the credit union,” he says. “We began doing this in 2016, and we’ve seen an increase in the level of sophistication about the use of the credit union.”

There is also a shopping area in town called the Mercado Latino, which attracts primarily Hispanic shoppers. Credit union staff goes there once a month, partnering with a local Univision channel, to educate and meet people.

In addition, Kern Schools FCU holds workshops on home and auto buying, conducted in Spanish, and is also part of the Kern County Hispanic Chamber of Commerce.

“For any community you want to reach out to, you have to build trust, and you have to do this by going out into the community, letting them know ‘we want to serve you,’” says George, mentioning that they’re now also starting outreach to the area’s large Indian population, for example, conducting workshops in Punjabi. “You can’t just rely on advertising. Don’t think you can put advertising out there and they will come.”

De Dios Woodward says credit unions shouldn’t target their diversity and inclusion efforts towards just gaining more Hispanic and multicultural members; it must be broader than this.

“Credit unions need to pursue the creation of diverse boards, management and employees if they want to remain relevant in the future,” she says. “Diversity of background ethnicity, gender, thought and so on creates a richer environment with opportunities for everyone to learn and benefit from new ideas and ways of thinking.”