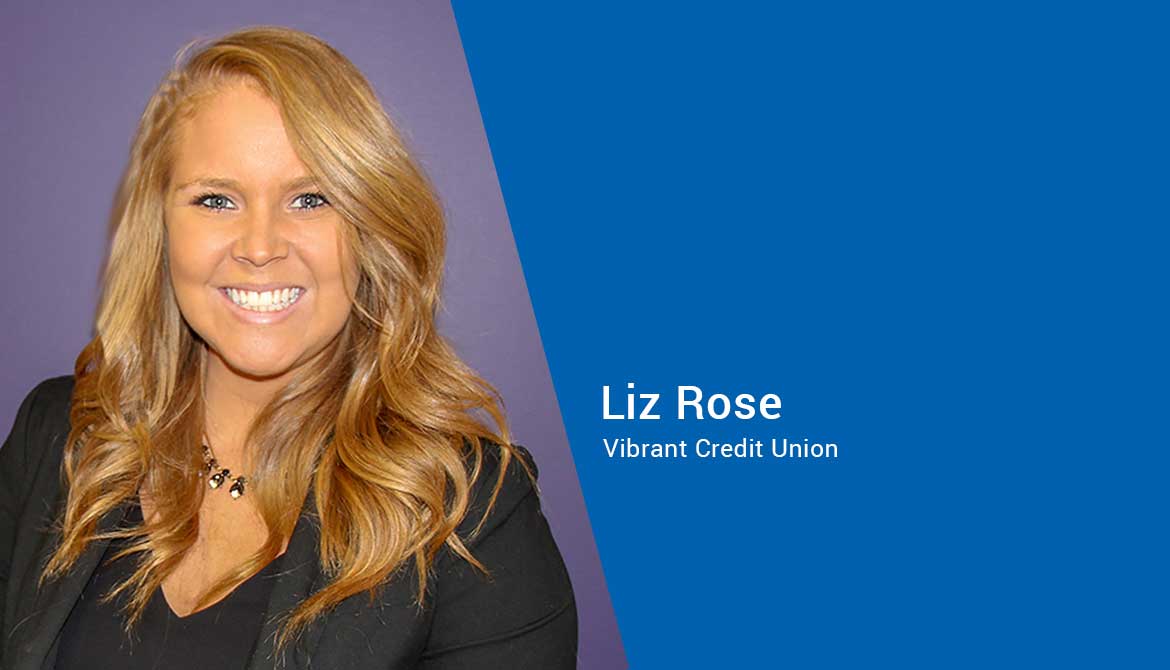 With just five years inside the credit union industry, Liz Rose has already accumulated an impressive amount of experience, but she can’t wait to take on new challenges and growth opportunities.

Immediately after graduating from college Liz Rose, VP/marketing for $700 million Vibrant Credit Union, Moline, Illinois, was hired by The Isle Casino and Hotel in Bettendorf, Iowa, working in marketing and player development. She loved the job and the casino industry.

“It was great,” Rose says of the five years she spent working there. “I was very happy. But at the same time, I didn’t see a way to advance. I started looking around, and when I saw a position for a marketing coordinator at a credit union, I applied for the position.”

Rose had never thought of a credit union career previously, although she was very familiar with them. Having come from a long line of firefighters and police officers, Rose had been banking at one her entire life, so she knew what credit unions stood for.

Her resume, untraditionally formatted, caught the eye of CUES member Steve Ducey, Vibrant CU’s chief experience officer. Because he was intrigued by the resume’s style (which Rose believes caused other companies to take a pass), she felt the credit union might be a good fit for her creativity.

“Plus, I could see it was progressive on the side of technology—for example, offering a video banking platform—so I could tell the organization was open to change,” she recalls.

Formed in 1935, Vibrant CU began as Deere Harvester Credit Union serving the employees and family members of the John Deere Harvester Works in East Moline. The now community-chartered credit union (which underwent a name change and rebranding in 2015) has branches in Illinois, Iowa and Indiana. Its 199 full-time and 10 part-time employees serve 49,500 members. 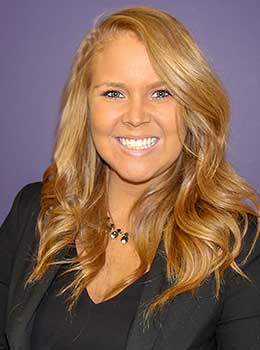 Liz Rose
VP/marketing
Vibrant Credit Union
I’ve definitely had times where I struggled. I’m so young in my career that I sometimes try to run before I walk. Sometimes I have to remind myself that I just need to slow down and get my bearings.

“In the last 18 months there have been five mergers with other credit unions,” says Rose, who started at Vibrant CU in 2014. “We’ve always been welcoming to other credit unions, encouraging them to visit and learn about our culture, and some decided to join.”

The mergers enabled Vibrant CU to grow its footprint in Illinois and Iowa and to expand to Indiana for the first time, propelling growth. Last year, new-household growth rose by over 30 percent; branches multiplied from seven to 16. In the last five years, assets climbed from $400 million to its current $700 million.

Rose came on as a marketing coordinator, becoming marketing manager a year later and remaining in that position for three years. In 2018, she assumed her present role. It’s been a busy five years. The name change/rebranding effort began in 2014, going live in 2015, says Rose, who had never been involved in a rebranding project before. She has also participated in a core conversion during her tenure, an online banking conversion, the creation of a new website, two new branch openings, the aforementioned five mergers and a switch from Visa to MasterCard. (Of course, as Rose observes, this takes a team. When she first started, the CU had a two-person marketing team; now it’s up to four.)

The willingness to try something new, even when outside her wheelhouse, has been instrumental in moving her career forward, says Rose—although naturally, there have been some challenges.

“I’ve definitely had times where I struggled,” she says. “I’m so young in my career that I sometimes try to run before I walk. Sometimes I have to remind myself that I just need to slow down and get my bearings.

“My colleagues have far more experience than I have,” she continues. “So knowing the credit union industry as well as they do is another one of my challenges.” (The credit union’s leadership team is going through the CUES CEO Institute program; Vibrant CU is trying to rotate high-level VPs through this education.)

“He’s been my number-one mentor since day one,” says Rose. “He always tells me ‘I’d rather have to pull you back than push you forward.’ He’s been phenomenal in realizing that if people are going to grow as leaders, they need the freedom to make decisions, and if something doesn’t work out, he looks at this as a chance to understand why the decision was made, why it didn’t work out, and then moves forward.”

Her advice for young women just starting in their careers? Rose offers this tip from Ducey, who quotes the actor Steve Martin: “Be so good they can’t ignore you.” cues icon

Pamela Mills-Senn is a freelance writer based in Long Beach, California.