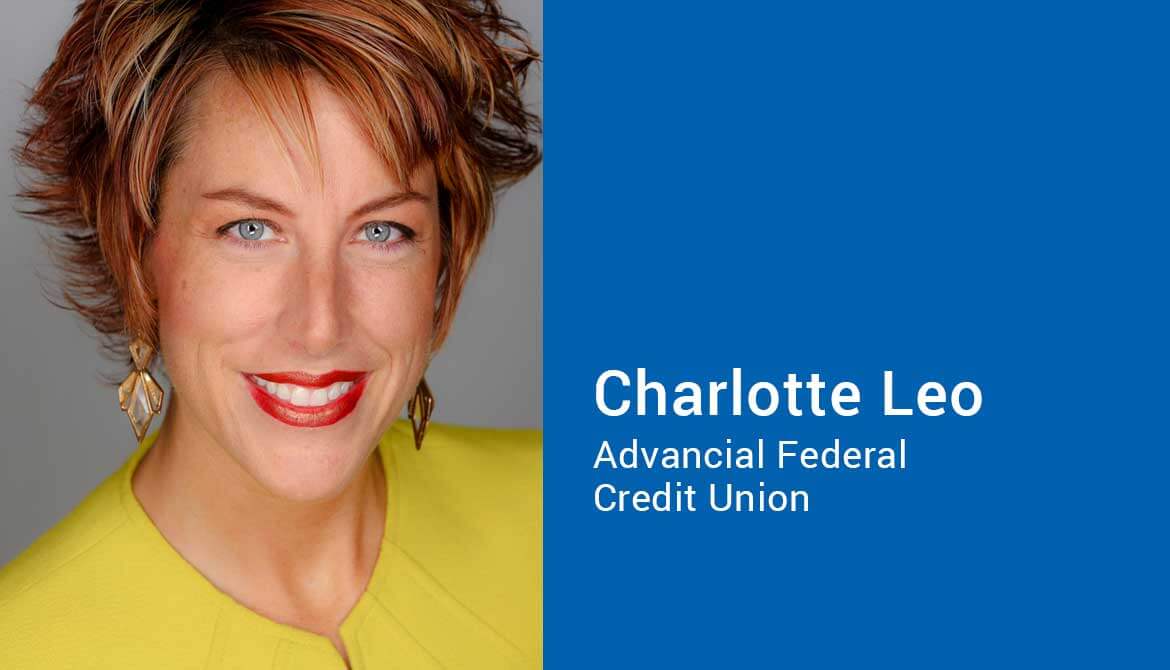 It was a yen to see the world that first attracted Charlotte Leo to the credit union industry, but long after she gave up her wings, Leo has remained fervent about spreading the CU message far and wide.

Taking a job with a credit union for the purpose of traveling would seem a bit misguided to some, but that was exactly the plan, says CUES member Charlotte Leo, AVP/business development for $1.6 billion Advancial Federal Credit Union. And it worked. In 2001, right out of college, she landed a job with American Airlines Federal Credit Union in the mortgage department. She didn’t know a thing about mortgages, Leo admits, but it was a way into the organization.

Working for AAFCU —she was there nearly seven years, first spending two as a mortgage loan officer field coordinator and then almost five years as a business development program manager—technically made her an employee of the airlines, giving her the same travel benefits as flight attendants or pilots. Leo’s position in the business development department gave her further opportunity to indulge her wanderlust. Tasked with educating American Airlines employees about the credit union, she spent the next five years on the go.

“I took the credit union to every AA employee in the U.S., Canada and the Caribbean,” she says. “It was the perfect job for me at the stage of life I was in. But I only lasted nine months after having my first child. I loved what I did, but I could not keep up the 70% travel.”

Wanting to stay closer to home but still seeking a role similar to her position at AAFCU (“I’m passionate about the purpose and mission of credit unions, so I wanted to continue to tell that story,” she explains), Leo joined Advancial FCU in 2008 as business relations manager, a position she held until stepping into her current role in 2014.

Headquartered in Dallas, with branches throughout the Dallas/Collin County area as well as in Houston; Anchorage, Alaska; Lafayette, Louisiana; and in Oklahoma City (for a total of 13 locations), Advancial FCU has 225 employees and serves 90,000 members.

“Our locations are unusual, but our legacy select employer groups are from the oil and gas industry, so we follow the pipeline since this is where the majority of our members live and work,” Leo explains. “That said, during the last decade we’ve greatly diversified the industries we serve to retail, architecture, construction, technology and medical.”

Charlotte Leo
AVP/Business Development
Advancial Federal Credit Union
Ask for as high of a starting salary as possible. This will set the base going forward that every subsequent merit or annual raise will be based on. For those in the middle of their careers, I’d give the same advice. Know your worth and don’t be afraid to ask for a little more.

Leo is tasked with overseeing business development functions and outside sales organization- and market-wide, for all locations. Responsibilities also include recruiting new SEGs and cultivating new members, markets and niche groups.

One of her best career moves came while Leo was still in college: She decided to undertake a variety of internships to gain a better understanding of the day-to-day demands of the professions she was considering. These helped Leo land her first “real” job—the one for AAFCU in mortgages—which in turn revealed her interest in marketing and business development.

Leo became involved with the HR groups as a way to network with potential SEGs but serving on committees and volunteering has also fueled her professional and personal growth. For example, in 2014 she became president of Dallas HR, the fifth-largest SHRM Chapter in the U.S. She’s also served on the Texas SHRM state council, the Woman’s Energy Network board, and YoPro Global (a young professionals organization), among other organizations and positions.

“Leading volunteers is different than leading employees,” Leo says. “You have to figure out how to motivate and get results from people who aren’t getting a paycheck. You really have to flex your leadership and motivate and communicate how what they’re doing makes a difference.”

Throughout her career, several mentors have influenced her trajectory. One was her boss at AAFCU, who was pursuing a master’s degree. Knowing Leo’s interest in continuing education, she encouraged her to do the same, offering her full support. Leo received an MBA from Texas Women’s University in 2003. In turn, Leo says she supports and encourages her staff in their higher education pursuits.

“When my youngest started kindergarten, she asked if I was going to be a room mom,” says Leo. “I told her I didn’t have time. She affirmed me and said if it was something I wanted to do she would support me. Her words have made me a better mom, knowing I can say yes to being involved even though I work full time.”

Leo offers practical advice for women just starting their careers, suggesting that they seek counsel from someone knowledgeable in salary negotiation to help them ask for as high a starting salary as possible.

“This will set the base going forward that every subsequent merit or annual raise will be based on,” she explains. “For those in the middle of their careers, I’d give the same advice. Know your worth and don’t be afraid to ask for a little more.” cues icon