Her Own Best Career Advocate 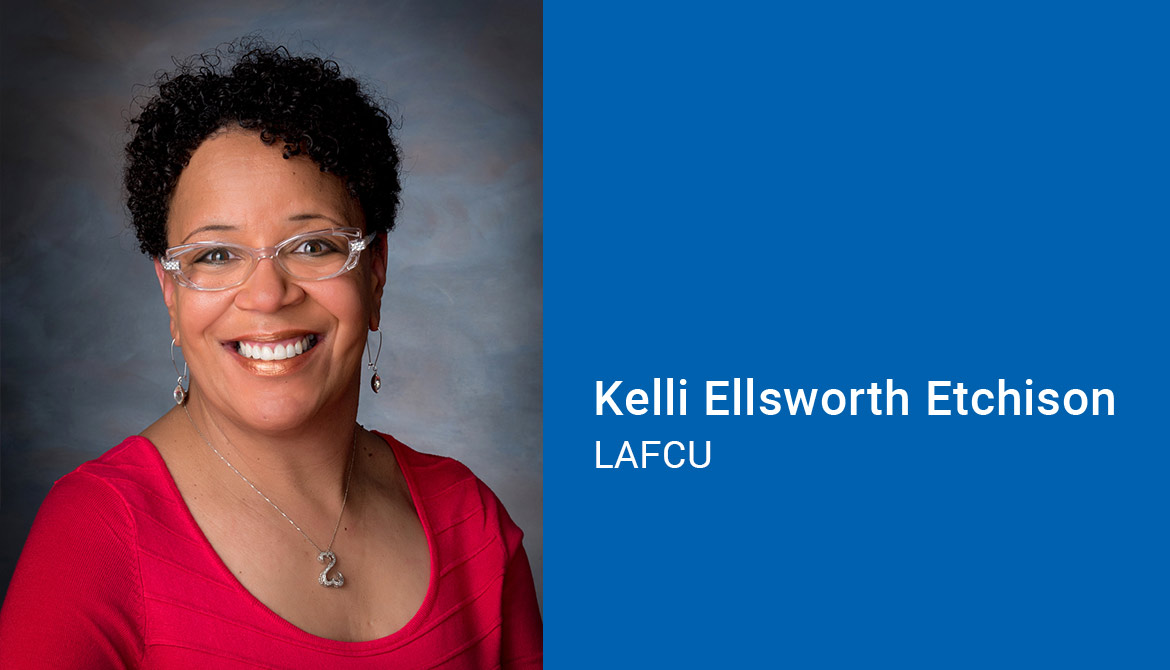 Kelli Ellsworth Etchison, chief marketing officer/chief diversity officer for LAFCU, believes in making her accomplishments known, an attitude that has paid off in new and exciting opportunities.

Anyone concerned that professional advancement might be undermined by staying with one organization for years need only take a look at CUES member Kelli Ellsworth Etchison, who has spent most of her 35-year credit union career at LAFCU, joining the organization over 30 years ago as a loan interviewer. Her tenure there can best be described as “blooming where planted.” By 2015 she had risen to the position of chief marketing officer, this year expanding that to include the title of chief diversity officer.

Key achievements have been just as numerous. Among others, in 2013 she created the CU’s W.H.E.E.L (Women Helping Educate Every Lady) essay contest that has awarded thousands of dollars to assist women in pursuing their education to enter or reenter the workforce or to advance their careers. With an eye on supporting students in local schools, she helped implement educational initiatives to help teach them essential personal-finance lessons and launched a LAFCU internship program providing educational and practical experience to those in college.

Her list of affiliations includes serving as a board member of the Lansing Promise Foundation and of the Lansing Community College Foundation, as commissioner and secretary of the Dr. Martin Luther King Jr. Commission of Mid-Michigan, and as the first Black female selected as board chair of the YMCA of Metropolitan Lansing. This November, Michigan’s governor chose her from a pool of 650 applications for appointment to the new Black Leadership Advisory Council.

Ellsworth Etchison attributes much of her momentum to the willingness to try something new. “I’ve always been my own best advocate, bringing forth ideas and proposals for positions I would be a great fit for, and how that position would benefit the organization,” she explains. 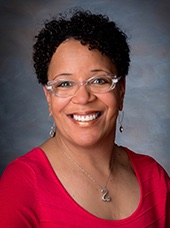 Kelli Ellsworth Etchison
Chief Marketing Officer/Chief Diversity Officer
LAFCU
asset size — $836 million
I don’t assume my CEO knows what I’m doing; I tell him. ... Don’t wait to be acknowledged. When you’ve had a win, don’t assume you’ll get the credit. Make sure you do by informing your executive what you’ve done.
Share on Twitter

Her most recent endeavor—creating the position of chief diversity officer—is an example of that initiative. Although LAFCU has long been diversity-minded and inclusive, this is the first time that has been formalized. Ellsworth Etchison saw a way to advance the organization’s efforts and developed the proposal for the new position, which was accepted by the credit union’s board this year.

Now, in addition to her marketing responsibilities—developing and supporting strategic initiatives, assisting with product and services development, and managing marketing and public relations efforts and member education—Ellsworth Etchison is tasked with overseeing and contributing to LAFCU’s diversity and inclusion program, policies and goals, both internally and externally. This involves community, regional and national collaboration on behalf of the credit union. She’ll report to CUES member Patrick Spyke, LAFCU’s CEO.

Ellsworth Etchison believes in “tooting her own horn” and says others should follow her lead.

“I don’t assume my CEO knows what I’m doing; I tell him,” she says. “Some people are afraid to do this, but if you go about being successful and nobody knows, you will most likely get overlooked in some cases. Don’t wait to be acknowledged. When you’ve had a win, don’t assume you’ll get the credit. Make sure you do by informing your executive what you’ve done.”

She’s just as proactive when it comes to finding mentors, recalling a community board meeting she recently attended where another member began speaking about an individual who was accomplished in the area of diversity.

“I said, ‘Please introduce her to me, I would love to have her as a mentor,’” Ellsworth Etchison recalls. “You just have to ask, recognizing that you don’t know everything and that you want to surround yourself with great people.”

“Being able to leverage resources and education has been vital to my growth,” she says. “In fact, I’m currently reviewing some of CUES’ diversity, equity and inclusion training that was provided this summer.”