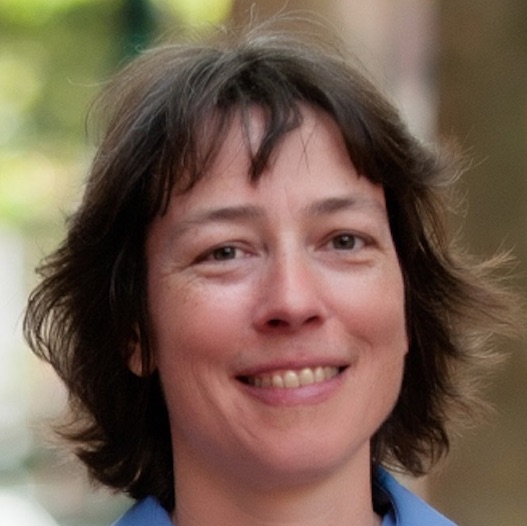 Here’s how your credit union can help.

LGBTQ+ Americans are experiencing economic distress at a higher rate than their straight and cisgender peers, according to August 2021 data from the U.S. Census Bureau. Overall, about 13.1% of LGBT adults lived in a household that experienced food insecurity in the past seven days, compared to 7.2% of non-LGBTQ+ adults.

This data underscores the reality that the 2015 U.S. Supreme Court ruling that made same-sex marriage legal didn’t clear away the fact that being a member of the LGBTQ+ community costs more. While that 2015 ruling did make it so everyone could enjoy the more than 1,100 benefits and privileges accorded to married couples by federal law, from tax breaks to health coverage, not every member of the LGBTQ+ community is married. And many other barriers to financial inclusion remain.

To mark Pride month this month, let’s talk about three financial obstacles LGBTQ+ people face and what credit unions can do to help.

Obstacle 1: Earning What You're Worth

There’s a persistent myth that all gay people are affluent. In reality, members of the LGBTQ+ community are on the wrong side of the pay gap.

A Prudential survey of 1,376 LGBTQ and 503 general population respondents found that gay men earn, on average, $56,936. That’s $26,533 less than heterosexual men, about 68 cents on the dollar. Lesbian women earn an average of $45,606—$5,855 less than heterosexual women, or about 89 cents on the dollar. The problem is exacerbated by the high costs of living in communities that tend to be welcoming to LBGTQ+ residents, such as New York and San Francisco.

Doing a compensation study should help you pay people for the job you’re asking them to do, not a little more than they were paid in their last job. It’s time to stop asking for salary history so you can pay people just a little more than what they were paid before. Also, being transparent about pay so everyone knows who makes what is a great way to build trust and get on the pathway to fair compensation.

Make it your goal to learn about and take action on making benefits equitable for all employees. Also, keep refining your compensation strategy as new best practices emerge.

A study published in the Proceedings of the National Academy of Sciences in 2019 found that lenders are significantly more likely to deny same-sex couples a home loan and charge them more for it when they do.

Gay couples were 73% more likely to be denied a mortgage than heterosexual couples with the same financial worthiness, according to an analysis of national mortgage data from 1990 to 2015. And when same-sex couples were approved for a home loan, they were often given inferior terms. On average, they paid 0.2% more in interest and fees, which adds up to as much as $86 million a year, the researchers found.

How your credit union can help: Be the solution for your members and your community. Now that you know the statistics and the struggles, create a program and partner with local pride and LGBTQ+ organizations. Host home-buying and related financial education programs—but don’t do it in your branches. Do it in a gay bar, an LGBTQ+ community center or another place where this community gathers. Meet people where they are. Show the community that you genuinely care and are committed to their financial wellness and success. Give them credit union hugs!

Also, find the LGBTQ+ realtors. They are definitely out there! Team up to provide safe and equitable services. Maybe you can create a custom LGBTQ+ partnership for your membership and community.

The procedures for LGBTQ+ people pursuing a family are expensive! Adopting a newborn can cost as much as $40,000. In vitro fertilization can range from $12,000 to $25,000 per egg retrieval cycle and of course, the procedure carries no guarantees. The cost of surrogacy can be well into the six figures.

This obstacle directly impacted my life. My wife and I did successfully adopt our child but before that we tried sperm donation. It was many thousands of dollars (more than it should have been because we weren’t a straight couple) in our “area” and I put area in quotes because the closest doctor who would see us was 2.5 hours away. We drove, paid for gas and hotel, and went through the procedures and doctor visits for an entire year. It was a lot of money and a lot of stress.

We also had to overcome a lot of hurdles to find an adoption agency that would accept a lesbian couple and we had to get placed with a child who was in a state that will allow us to adopt.

Ultimately, we were matched with a birth mother in Arkansas. Even once we had a match, we couldn’t be ourselves and adopt as a couple. My wife adopted first. Then, later, I was able to adopt as a second parent. I was in a position to afford all of this. But many people would not be able to do so.

So far, we’ve been talking about your membership and community. But how about your staff? It’s highly likely you have LGBTQ+ staff members who could benefit from policies and fringe benefits that address the unique needs of the community.

In the end, it’s basic. Recognize each person/group and embrace the diversity of their humanity. Love people for who they are.

Credit unions can make a major impact on the financial well-being of this community that exists within every membership and employee group. More awareness and the resulting more inclusive practices and legislation around financial services, compensation and employee benefits can alleviate many of these longstanding and pervasive challenges.

What will your credit union do to help during Pride month this month—and all year?

Article
COVID Changes Canadian Workplaces
by Art Chamberlain
Video
How Empathy Can Be the 'Secret Sauce' of Leadership
by Angela Prestil, I-CUDE, CUDE, ADE, AADE
Article
Tech Time: Is Integrating Conversational AI Into Your MX Flow Worth It?
by Bill Schwaab
SEE MORE LIKE THIS