Be Prepared to Pivot From Your First Decision 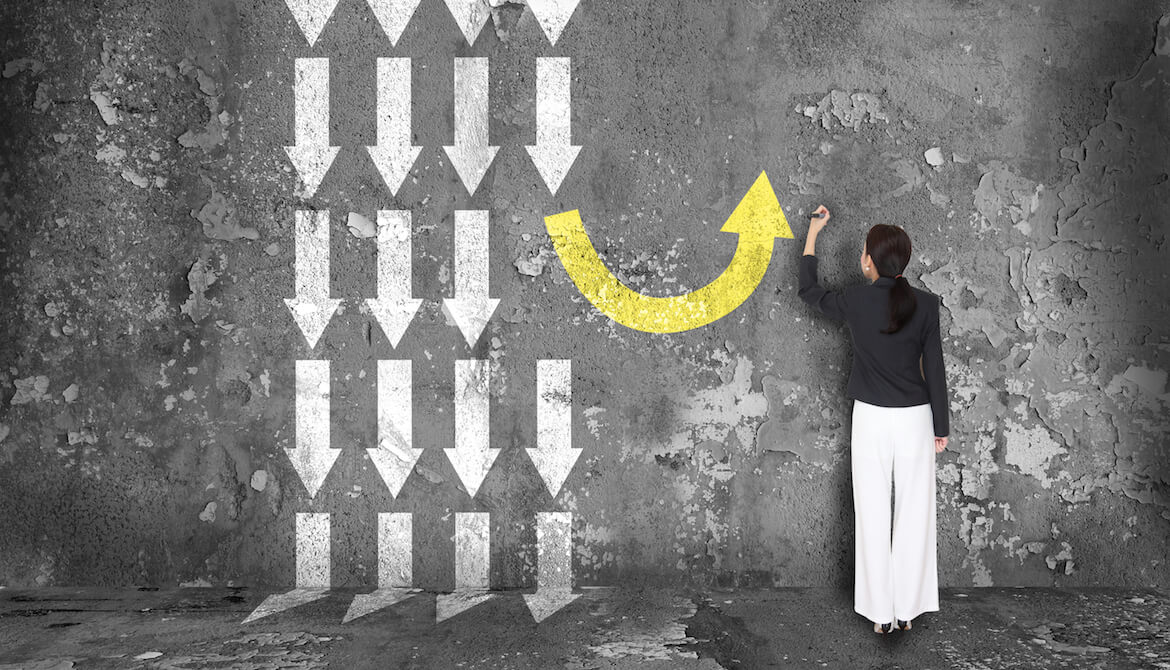 Payments University speaker teaches how to make good decisions in times of uncertainty.

How exactly does Enron make money?

That was the gist of the big question reporter and writer Bethany McClean asked then Enron-CEO Jeff Skilling during what was perhaps the biggest interview of her career as a business writer.

Based on her study of the company’s financials, McClean thought something seemed off in the company’s stock value. Of course, it wasn’t too long after that that the company went under and the leadership team and board were investigated for wrongdoing. (Read one of McClean’s questioning articles published by Fortune in 2011.)

Kathy Pearson, Ph.D., told this anecdote to attendees of CUES’ inaugural Payments University in April 2017 to underscore the idea that decision-making in changing times means making a choice about your credit union’s direction and then being prepared to change. First people looked at Enron as a great company and a stock to buy. But with more information—and questions like the one from McClean—that thinking changed.

Pearson emphasized that to effectively re-steer after complex decisions are made, CU leaders need team members who are comfortable speaking up when something doesn’t seem quite right, just like McClean did.

“You want people to be able to say ‘something doesn’t make sense to me,’” said Pearson, adjunct senior fellow at the University of Pennsylvania’s Wharton School (host to CUES’ CEO Institute I,) and president of Enterprise Learning Solutions. She cited the book “Radical Candor”—which focuses on the ability to challenge directly and show that you care deeply at the same time—as a great assist in this effort.

In her session, Pearson identified several barriers to and several promoters of “strategic agility,” the name she gave to this ability to change direction after a decision has been made and new information comes to light.

One barrier to agility in business is confirmation bias—the tendency to concentrate on information or data that supports pre-conceived beliefs. In part, this is what was in play in the Enron situation. Everyone was choosing to focus on information that supported the assertion that Enron was a great company and a top stock. But other data supported the correct situation that Enron was actually failing. McClean’s willingness to ask “How does Enron actually make money?” was key to moving the needle.

Another barrier to agility is ambiguous “decision rights,” Pearson said. A best practice of decision-making is determining as early in the process as possible who will make the decision and when. To be able to pivot from a decision, a clear decision has to be made in the first place.

“Who will have decision rights depends on the decision,” Pearson emphasized. And it’s important to recognize that there will still be uncertainty when the decision gets made.

Pearson presented a dashboard for evaluating the level of various uncertainties associated with a variety of business initiatives. Each uncertainty would be coded red for being highly unknown or green for less unknown.

“Red doesn’t mean don’t do it,” she said. “It means we’re looking for places of adaptability,” where a company could change its direction based on new information to make the effort a success.

An all-green chart would mean the organization was missing opportunities, she emphasized. “This is the equivalent of putting all your money under your mattress.”

If something in the analysis is coming up all red, credit union leaders need to think: “We have a particular vulnerability or opportunity” with this, Pearson said. “Every time we get together, let’s take the first two minutes (to consider) anything related to that uncertainty” and make sure we’re noticing if it’s becoming a trend that can now be tracked or an increasing risk that needs to be mitigated.

You may also wish to attend Payments University, Aug. 13-14 in Denver and CEO Institute I: Strategic Planning next spring at The Wharton School at the University of Pennsylvania.