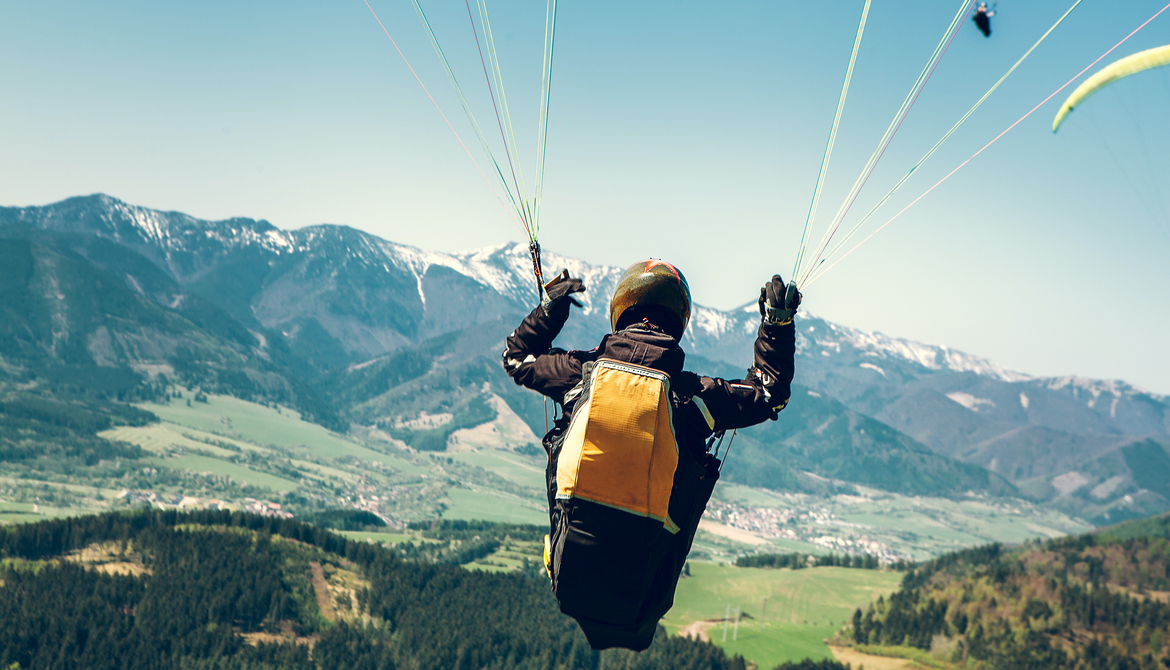 There are plenty of good reasons to undertake a formal employee development program, one designed to give those interested in advancing their careers the skills and support to do so should the opportunity arise.

After all, thousands upon thousands of baby boomers are retiring daily, and significant numbers of them have occupied senior-level positions that can’t go unfilled. But besides this, employee development programs are excellent tools for inspiring and motivating staff, fostering engagement, reducing turnover and increasing satisfaction, all of which bode well for the credit union’s members and, consequently, the organization itself.

In fact, the positives of providing interested employees a way to move forward in their careers are so significant that Greg Longster thinks any performance review process should incorporate a development plan and a discussion of potential growth opportunities, albeit with some caveats.

“There is very little downside to engaging in the discussion,” says Longster, partner with CUES Supplier member and strategic provider Davies Park Executive Search, a Vancouver, British Columbia-based executive search firm focused on the financial and credit union sectors. “However, concerns arise when career paths are dictated rather than discussed—this should be a two-way dialogue. Other issues may arise when an employee is over-promised and the organization doesn’t deliver. Finally, issues can also arise when an employee is promoted without the appropriate level of support.” But credit unions can put measures in place to mitigate these issues, Longster adds.

And in reality, despite these potential concerns, there’s very little choice but for credit unions to offer a career path to younger employees, says Deedee Myers, Ph.D., MSC, PCC and CEO of CUES Supplier member and strategic provider DDJ Myers Ltd. Located in Phoenix, the consulting company provides a broad range of services, including leadership development to financial institutions and other entities. However, like Longster, Myers mentions a potential downside: the assumption by employees who are offered career pathing that they’re guaranteed to move up.

“It could be considered a promise when it isn’t,” she explains. “What is required is clear communication, such as telling employees that in order to be considered, this is what they need to learn and know.”

Credit unions may also have concerns about budgeting for career development, but given the upsides, financing such programs will likely bring a good return on investment. And the costs don’t have to be prohibitive. Myers says that when most of her clients implement a “robust leadership program,” the costs run anywhere from $50,000 to $150,000 (depending on the number of participants) the first year.

“And then what happens in year two is that some of the superstars from year one mentor in year two, and so organizations achieve economies of scale,” she explains.

There are also low-cost strategies credit unions can deploy to help employees gain new skills, says Longster. “Job shadowing, taking on stretch assignments, filling in vacancies in an ‘acting’ or ‘interim’ capacity, job swaps, cross-training and assuming positions in other areas of the organization are all things that cost very little yet can bring great value to the employee and potentially the organization.”

CUES member Bill Birnie, president/CEO of Pacific Marine Credit Union, Oceanside, Calif., says his organization has allocated about 1.5 percent of its total operating costs (out of an operating budget of $31.1 million) for employee development. This percentage may change and will likely increase next year, he says.

The CU has a membership of approximately 78,000 and assets of around $755 million. Employees number 230. Over the last three years Pacific Marine CU has grown by more than $70 million, an annualized growth rate of approximately 3.5 percent.

Throughout the years, the CU has tried a number of employee development programs assisted by outside firms and have achieved some satisfying results, says Birnie. Current efforts include (but are not limited to):

The CU puts employees through CUNA’s Creating Member Loyalty program, an initiative launched three years ago. Pacific Marine CU’s Learning Institute (the training department, located at CU headquarters) first takes employees through CML’s service component, then the sales component and then through side components on leadership. There is refresher training and an ongoing coaching component as well. Upper management from the various branches attends the initial training at headquarters and then takes this learning back to the branches.

The CU created a Toastmasters club—a very low-cost option open to all employees. “This is excellent for leadership development,” says Birnie. “Being able to speak comfortably and effectively in front of people is a big part of leadership.”

Conexus Credit Union has also implemented several career pathing programs for its employees. Headquartered in Regina, Saskatchewan, Conexus CU is the product of 63 credit unions that have merged over the last 80 or more years, says CUES member Eric Dillon, CEO. The open-bond credit union serves 119,000 consumer, agricultural and small-business members. It currently has 41 branches throughout most of Saskatchewan, 950 full-time equivalent employees, and boasts assets of $7.15 billion. Over the last five years, the credit union has averaged asset growth of about 10 percent annually, says Dillon. Among other tactics, the CU’s employee growth and development strategies include:

Creating a list of competencies and a development guide highlighting the necessary skills for each role and the behaviors required for success. Dillon says CU leaders engaged the organization, including the board, to develop these competencies, which have been in place for about three years.

Providing each employee with a specific learning and development plan based on a current assessment of their skills—“both from a results perspective as well as a behavioral perspective,” says Dillon.

A leadership development curriculum based on 10 percent technical training, 20 percent self-awareness tools and 70 percent experiential opportunities (participants can work on projects or in other areas of the CU that are outside of their current roles). The process is segmented into three areas of growth: leading self (self-awareness, 360 reviews, Myers–Briggs Type Indicator, Birkman assessments); leading others (team building, leveraging others, learning/judging mindset); and leading organizations (thinking strategically, creating a shared vision, innovation, leading at scale).

“Everyone in a leadership position is expected to engage in the leadership development program,” says Dillon. “For those leading for the first time, we tend to focus on lead self/lead others. For those whose next step is a leadership-level role, we expect they are well-versed in leading self and have had the opportunity to get feedback on their skills from others in the company.”

Dillon says the CU’s “spend” on employee learning and development is not determined from the top down as a percent of spend, but rather is rolled up from individual development planning and will vary depending on the level of the employee and the development required. “Some might be very expensive, such as MBA or executive education; for others, it might be conferences/shorter-term learning opportunities,” explains Dillon.

However, the results have been significant. According to Dillon, Conexus CU is consistently ranked by AON Hewitt as one of Canada’s best employers from the perspective of employee engagement. The CU has also been inspired to create a Women’s Leadership Network.

“We’re testing the hypothesis that emerging women leaders might need different skills, learning environment and coaching to help them transition to leadership-level positions,” he explains. “We’re actively tracking the number of female leaders in the organization—we have 83 percent women in our company, so we hope to get similar penetration at the leadership level.”

At Pacific Marine CU, Birnie says one of the outcomes of the CU’s development efforts is a greater sense of unity among employees. “Before, there were too many silos in the organization, and this was interfering with cross-development communication,” he says. “It also created a somewhat territorial mindset. So we broke down the silos, and communication has improved, creating more of a feeling of teamwork. We’re also having more effective meetings and more courageous conversations.”

But there have been some bumps along the way, one of these being lethargy, says Birnie. Not everyone buys into the effort and supports the new culture. This is particularly worrisome when it happens at the senior-leadership level. “In these cases, you either have to coach them in or coach them out,” of the credit union, says Birnie.

Conexus CU has faced challenges, too. “The biggest one has been getting department and line leaders to understand what a proper learning and development discussion looks like and how to have a productive discussion around employee development,” says Dillon. “They’re also learning how to ensure that it’s happening throughout their departments within the organization. I spend considerable time working with high-potential leaders and talking to the executive team about talent management and the development of their employees.”

As for the concern expressed by some organizations over spending (sometimes significant) resources to develop employees only to have them take positions elsewhere, both Longster and Myers say this should be a non-issue.

“The worst thing an organization can do is avoid investing in their people for fear of eventually losing an employee, and viewing employee development efforts and costs as a waste,” says Longster. “Leading organizations take the viewpoint of developing their employees to the greatest extent possible.”

An employee leaving to take on a larger role elsewhere is actually a sign the CU is doing something right, says Myers. “I think it would be a problem if they weren’t leaving,” she says. “It would mean that the CU isn’t developing its employees. And if it’s not committed to developing its employees, then it’s not serving the membership community in the way they should be served.”