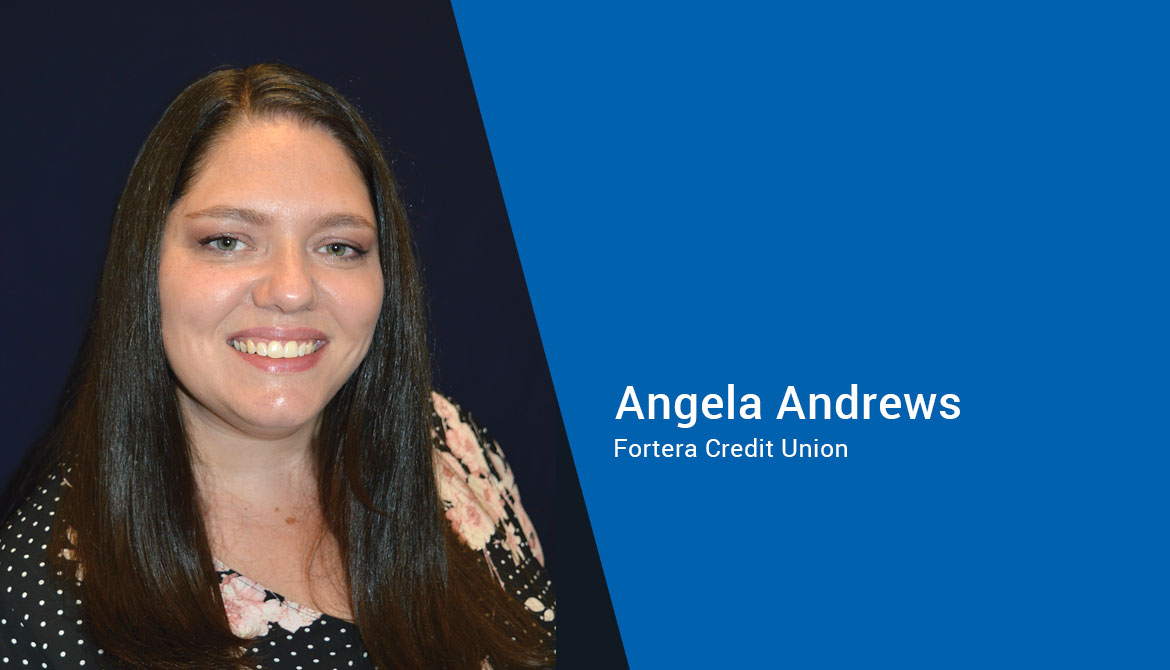 Once Angela Andrews masters a position, she starts hunting for new opportunities and ways to add to her skills.

For Angela Andrews, getting hooked on credit unions was something that snuck up on her. Andrews, director of digital banking operations for Fortera Credit Union, started as a part-time bank teller in 1996. Then, in 1999, she took a job at a credit union in Austin and the die was cast.

“I had been working at that credit union for about four years when I realized I had drunk the proverbial credit union Kool-Aid,” she recalls. “I realized I would never, by choice, go back to working at a bank. Credit union people were my people, and I would stay within the credit union movement for as long as they would have me. Luckily, they haven’t kicked me out yet.”

Andrews joined Fortera CU in November 2015. Headquartered in Clarksville, Tenn., the $563 million credit union has nine branches in that state and Kentucky and 260 employees. Formed in 1954, it originally began as Fort Campbell Federal Credit Union, serving military personnel and their families posted at Fort Campbell. Now its membership, which stands at around 56,000, has expanded to five counties.

Andrews first came on board as director of e-branching, in charge of the credit union’s contact/call center and remote banking. In 2017, she added the payment operations department to her responsibilities, an addition that resulted in her present title.

Along the way, there have been several key positions that helped propel her career and prepare her for increasingly demanding roles. These have included stints as branch manager, deposit operations manager, project manager and remote delivery manager. Some of these moves were advancements. Others—such as the move from branch manager to deposit operations manager (a more back-office position)—were lateral, undertaken for the objective of learning new skills.

As Andrews explains, once she mastered a position, she would begin looking at other areas within the organization, focusing on those she didn’t know much about. Then, she’d reach out to the manager of that department expressing her interest, asking what she could do to better prepare herself in case a position opened up—a strategy that prepared her to be “a top candidate” if the opportunity arose. 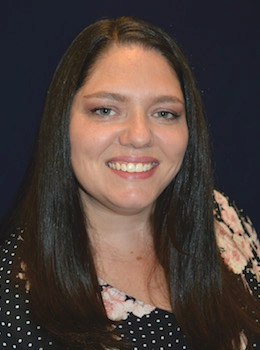 Angela Andrews
Dir/Digital Banking Operations
Fortera CU
Throughout my career, gaining knowledge in different areas has always been my motivation for making a change. Making learning a priority and never being fearful of taking on something new has helped me get where I am today.

“Throughout my career, gaining knowledge in different areas has always been my motivation for making a change,” Andrews explains. “Making learning a priority and never being fearful of taking on something new has helped me get where I am today.”

Trying on new hats has also allowed her to figure out what she doesn’t want to do, as she discovered after becoming a project manager at her first credit union (before joining Fortera CU). This was not one of her better decisions, Andrews says. Although she did learn some valuable skills, she quickly discovered project management wasn’t for her.

“I think it was mostly because I’m a control freak and if I need to get something done and can’t get someone to do it when I need it done, I’ll do it myself,” she says. “And this doesn’t work when you’re managing executives. Going into this, I didn’t realize how much I’d have to rely on other people. But that’s okay though. I may never have known if I hadn’t given it a try.”

Once she realized the fit wasn’t right, she reached out to her mentor, who helped her transition to a position that was perfect for her—remote delivery manager—where Andrews discovered her true passion and strength was in coaching people.

This mentor, CUES member Jennifer Ventimiglia, later took a position at Fortera CU, where she is now EVP/COO. Months later, she recruited Andrews, who calls relocating from her home state of Texas to join the Tennessee credit union the best decision of her career.

Andrews’ advice for women just starting out in their careers? She hopes they’ll become champions of women.

“I have worked with so many women where their primary goal was to prove how smart and successful they were by highlighting the failure and weaknesses of other women,” she explains. “There is enough success for us all. Don’t be afraid that your success will be diminished by supporting your fellow female co-workers.”

For those in the middle of their careers, where the doldrums can sap drive and enthusiasm, she advises taking the initiative to seek out their passion and go after it.

“Don’t wait for someone to find it for you,” Andrews says. “Then, make it known what your goals and aspirations are to those around you who can help you get there.”cues icon