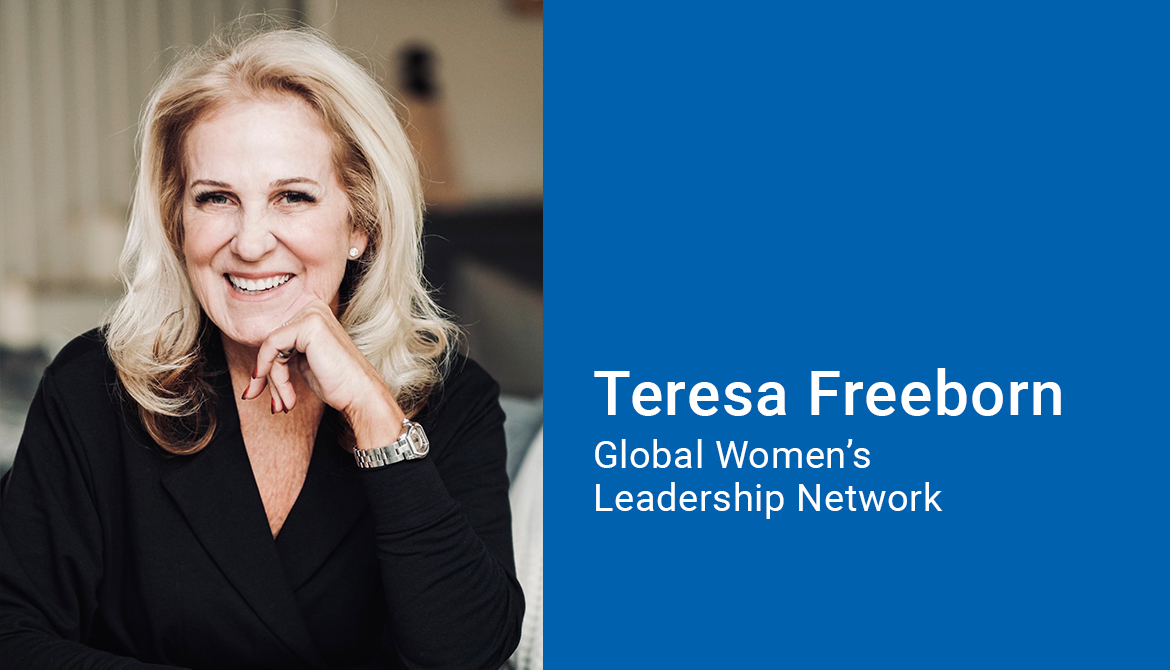 Women still face inequities when it comes to wages, potentially reducing their earning power throughout their careers. Negotiating with confidence and authority can help close this gap.

“To be honest, my entire career was built on negotiating my way up the corporate ladder, because as narrow as the path to leadership is now for women, it just wasn’t there at all when I started out,” recalls Teresa Y. Freeborn, chair of the Global Women’s Leadership Network and former president of $6.5 billion Kinecta Federal Credit Union, Manhattan Beach, California. “No matter how good you were and how solid your results, as a woman, you faced hurdles that didn’t exist for men.”

Freeborn left Kinecta FCU in late 2021 to assume her current position as chair of Smash + Tess, a fashion business started in 2014 with her daughter Ashley Freeborn (“Smash”) that specializes in rompers. Prior to that, she spent over four decades in the credit union industry, kicking off her career as a teller and moving up the ladder from there.

“I took on pretty much every role, from lending to collections, before finding my niche in marketing as vice president with Central One Credit Union in my native British Columbia,” she says.

In 2000, her accomplishments at the credit union led to an offer to serve in a senior executive role with Hughes Aircraft Employees Federal Credit Union in California, where she was instrumental in transforming the organization into Kinecta FCU. In 2006, she moved on to Xceed Financial Credit Union (known at the time as Xerox Federal Credit Union), stepping in as president/CEO. There, she helped orchestrate Xceed FCU’s merger with Kinecta, resulting in the 35th largest credit union in the U.S., with approximately 300,000 members.

Over the years, Freeborn has garnered multiple honors and recognitions, including (but not limited to) the California Credit Union League’s Distinguished Service Award, induction into the CUES Hall of Fame and the Herb Wegner Memorial Award for Outstanding Individual Achievement, given by the National Credit Union Foundation.

In 2009, she became an inaugural member of the World Council of Credit Unions’ Global Women’s Leadership Network, which works to address equity gaps for women through supporting and developing leadership, as well as addressing local, national and global issues impacting women. Currently, over 4,500 people from 86 countries are involved in this effort, says Freeborn.

Now she’s also turning those energies towards Smash + Tess. The mother-daughter duo has made a concerted effort to turn out high-quality clothing—their best-selling item is a romper made from a sustainable rayon derived from a bamboo/cotton blend—while focusing on ensuring “the very best working conditions” for their staff.

Advancing Women asked Freeborn to share her thoughts on how women can close the gender wage gap. Here’s what she had to say.

Historically, there has been a double standard in terms of how men and women are perceived when negotiating. Is this still in play today?

“I think it’s incontrovertible that double standards are still in play across the board. The fact is that we’re still battling deeply entrenched biases against female leadership, even in what we might otherwise consider progressive cultures.

“I recently read a BBC piece on this topic reporting that only 41% of Germans said they felt very comfortable with a woman being the head of government, despite Angela Merkel’s longtime chancellorship. Only 38% of Japanese were comfortable with the idea of a female head of government or a female CEO of a major company. Around the world, young men were especially unlikely to endorse women leaders—surprising since younger generations are thought to be more progressive than older ones.

“Sadly, it’s not just men who hold these anti-woman stereotypes. Women and men both deny anti-woman prejudice because they know it’s socially unacceptable, but political polling in 2019 showed that women were actually twice as likely to express misgivings about female leaders, and that held for both Republicans and Democrats.”

Teresa Freeborn
Chair
Global Women’s Leadership Network
The fact is that we’re still battling deeply entrenched biases against female leadership, even in what we might otherwise consider progressive cultures.
Share on Twitter

How might these perceptions contribute to the gender wage gap?

“These are terribly damaging because they’re often self-fulfilling. For example, when female leaders are stereotyped as poor problem-solvers, their power to motivate teams in the workplace is undermined. This in turn, hampers their careers and the opportunities they can access and, ultimately, their earning potential.

“We also see the effects of anti-woman stereotypes in performance evaluations, which play a huge role in women’s earnings. Too often, these reflect very subjective criteria about leadership that are heavily influenced by notions about leadership and masculinity and ignore the very real strengths that women bring to the table. I think we can blunt the effect of anti-woman stereotypes by making performance evaluations more precise and less subjective.”

How can credit unions help close the gender wage gap?

“A step I’d like to see credit unions and other organizations take is implementing radical transparency, revealing what all employees are paid so organizations can be held accountable. It would end a still-common practice during recruitment of not publicly posting what a given role pays, a practice tending to lead ‘non-negotiators’ to ask for less than they should and less than the organization is actually prepared to pay.

“It would also end another common practice of requiring candidates to reveal prior salary information, which often puts women at a disadvantage. Because they didn’t negotiate better salaries early on, it can hamper their ability to achieve pay equity throughout their careers.”

What are some of the most important skills women should be aware of when it comes to being successful negotiators?

“Doing your homework and putting in the time and effort to gather the facts and data to make your case is critical. A big part of that homework is gaining an understanding and appreciation for the other person’s goals, motivations and pain points so you can connect the dots for them as to how collaborating with you or signing off on your request or project serves their needs as well as your own.

“You’ve always must go into a negotiation knowing your own boundaries and bottom line. Asking for something—whether it’s a raise, a promotion or something else—usually carries some risk. If you don’t get what you want, it could put you in a weaker position or otherwise limit your options going forward. Are you, for example, willing to quit over this? If not, don’t make it an ultimatum and instead think through the possible permutations. Decide in advance what you’ll settle for if you can’t get everything you want.”

What do you want women to remember when it comes to salary negotiation?

“Know what others are being paid in your area in similar roles and be prepared to justify your worth and you’ll make a much stronger case for your ‘ask’.

“Another key point I’d like for women to remember is that they need to lose any bashfulness they have about discussing money. Men aren’t hampered by that sort of baggage, and we shouldn’t be either.” cues icon

Join us for CUES RealTalk!

Women at all levels face challenges in the workplace that men do not. Unequal pay, gender stereotypes, the impact of at-home caregiving…the list goes on. Addressing and overcoming these challenges can make or break a successful career.

Join us for this quarterly discussion and you will hear from a panel of accomplished female leaders, experts, and professionals in a candid discussion about the challenges women face in the workplace their male counterparts do not.
Register Now

Article
CFO Focus: A Heads Up about NCUA’s NEV Supervisory Test
by c. myers
Article
Lending Perspectives: Is the 2022 Housing Market Like the Pre-Great Recession Housing Market?
by Bill Vogeney
Article
How Your Credit Union Can Help Alleviate Gen Z’s Financial Anxiety
by Zephyr Jaeger
SEE MORE LIKE THIS