You Can Start Supporting the LGBTQ+ Community Without Saying a Word 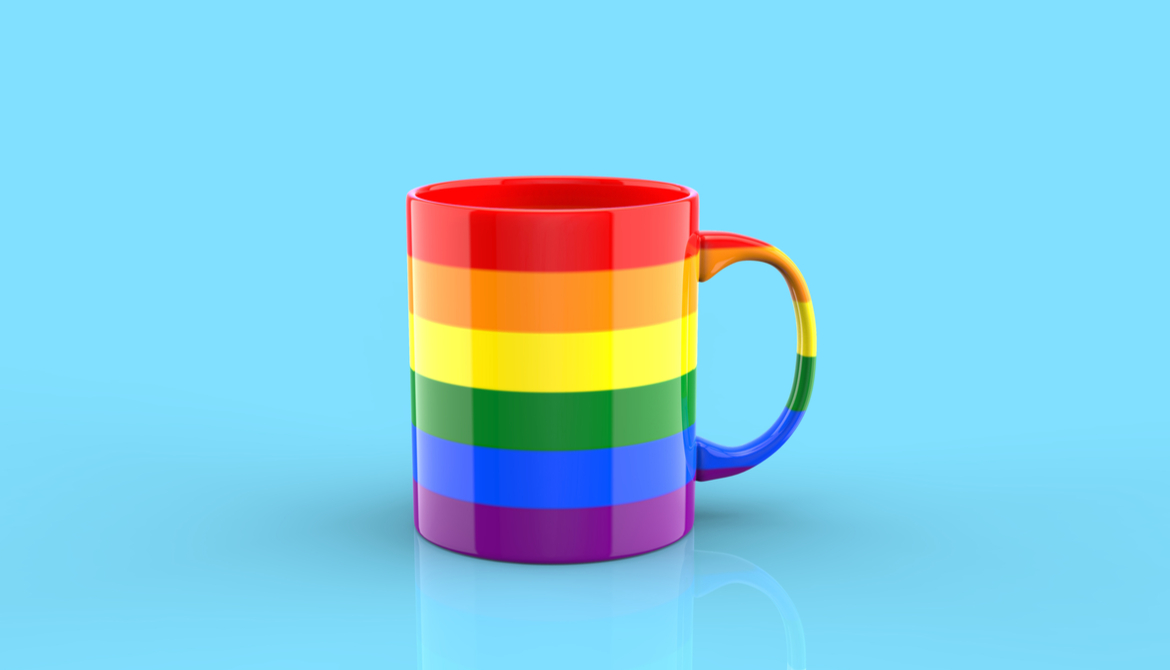 Long ago, I lived in Spain for an academic year. While I don’t consider myself a particularly patriotic person, when I visited Madrid and saw a U.S. entourage drive past on a main boulevard, flags waving, I was moved.

Think about this. What symbols inspire you and make you feel connected?

During yesterday’s CU Pride event, Ashley Brundage identified two ways people can show support for the LGBTQ+ community without ever saying a word. One is to include their preferred pronouns in their Zoom screen names and email signatures. The other is to include a rainbow flag or other rainbow item in their workspace at the credit union—or in their video camera’s view when they’re working from home. Seeing these symbols makes a difference to members of the LGBTQ+ community, Brundage emphasized.

“We get excited when we see this flag,” said Brundage, a diversity and inclusion professional who speaks on equality and leadership. “We know the organization they work for” is in the conversation about valuing diversity. The “signs show inclusion, and no one said anything.”

“It’s powerful just seeing it,” she added. “You want to know more, and you feel that inclusion.”

The CU Pride event marked Transgender Awareness Week, typically celebrated in November as a lead up to Transgender Day of Remembrance (today), which memorializes victims of transphobic violence.

Also the founder and president of Empowering Differences and the author of a book by the same name, Brundage identified in her presentation three keys for leaders to keep in mind and work on in support of transgender people and diversity more broadly: education, inspiration and empowerment.

“Leadership is the secret recipe that moves inclusion forward,” she said. “It’s the recipe that makes change happen and creates that feeling of belonging.”

Brundage faced hard times during the 2008 recession. She lost her job and her house. Although she had been an HR professional who led a team of 50, she realized she would have to restart her career by taking an entry-level position. If that was the case, she decided, she was going to do it as her authentic self.

She came out in job interviews with the idea that she would teach everyone who interviewed her about transgender people. One tool Brundage recommends for helping people understand gender identity is the “gender unicorn," which breaks down the differences between gender identity, gender expression, biological sex, and physical and emotional attraction.

An important piece of education is on the spectrum of pronouns people prefer, such as he, she, they and zhe.

“Pronouns emerge every day,” she said. Using the ones people prefer “requires you to look up a little more information. It also requires you to be careful on a pronoun.” If you make a mistake in pronoun use, “just apologize and move on” and try to use the right one the next time, she advised.

Leading education initiatives about gender-inclusive language can also be worthwhile, she said. For example, instead of “ladies and gentlemen,” an emcee might choose to call members of an audience “distinguished guests.”

A transgender woman, Brundage said she experienced discrimination not only as she applied for jobs but also while working in her first role as a part-time bank teller.

“People would come into the branch and they would say ‘it,’” in referring to her. Or, “I’m not having ‘that’ help me.” Or, “You need to find a new teller.”

“It really hurt,” she said.

Instead of using each “outing” to build a wall to stand behind, Brundage decided to build a platform to stand on.

“That way I would have a larger presence to be able to see the world and [allow] more people to see me,” she explained.

She used this story to inspire event participants—and to illustrate the importance of finding stories that inspire individuals and organizations to move forward with inclusion.

Leaders can also add planks to the platform on which others stand by being an ally. Brundage noted that she has had the benefit of the full support of her wife of 18 years and her two teenage sons.

“So many don’t have that as a privilege” on which to build their lives, she noted. “I lost a lot of other people who are friends and family. You can provide that compassion and support for a co-worker.” Your support for that co-worker might help them help someone else even, she noted.

She also suggested that leaders can help build platforms for diversity rather than walls by volunteering for and investing in LGBTQ+ organizations. Brundage herself started a scholarship foundation that gives away $15,000 a year in scholarships each year.

Before Brundage got her job as a bank teller, she had a lot of interviews. After a while, she started asking herself, “Why am I having these great conversations, but I’m not getting any job offers?”

This “aha” moment led her to bring empowerment into the interviews. She said she started “hurdling” the obstacles by presenting empowering statistics—the data behind why this employer should have her on the team.

For example, if the revenue of all estimated LGBT-owned businesses in America is projected, she said, their contribution to the economy exceeds $1.7 trillion.

In response to the statement, “I don’t think my customers will know what to do with you,” Brundage started answering, “We’re going to attract a whole new customer base. I’m going to connect you with two million trans people who live just in America.”

“I can tell you that and I can speak to that,” she said. “It not only empowers me but the entire trans community, and now it empowers you.”

Brundage also talked about the value of planting seeds for inclusion, then stepping back to water them and see how they are growing.

“We have to use inclusion to drive change,” she said. “That’s how we create that empowerment. We do that through education.”